The Billboard Music Awards air this Sunday, and we have no doubt there will be plenty of moments that make for good tabloid fodder. But if we had our druthers, here are a few things that would go down in Vegas.

Solange third-wheels it with Jay Z and Beyoncé… again 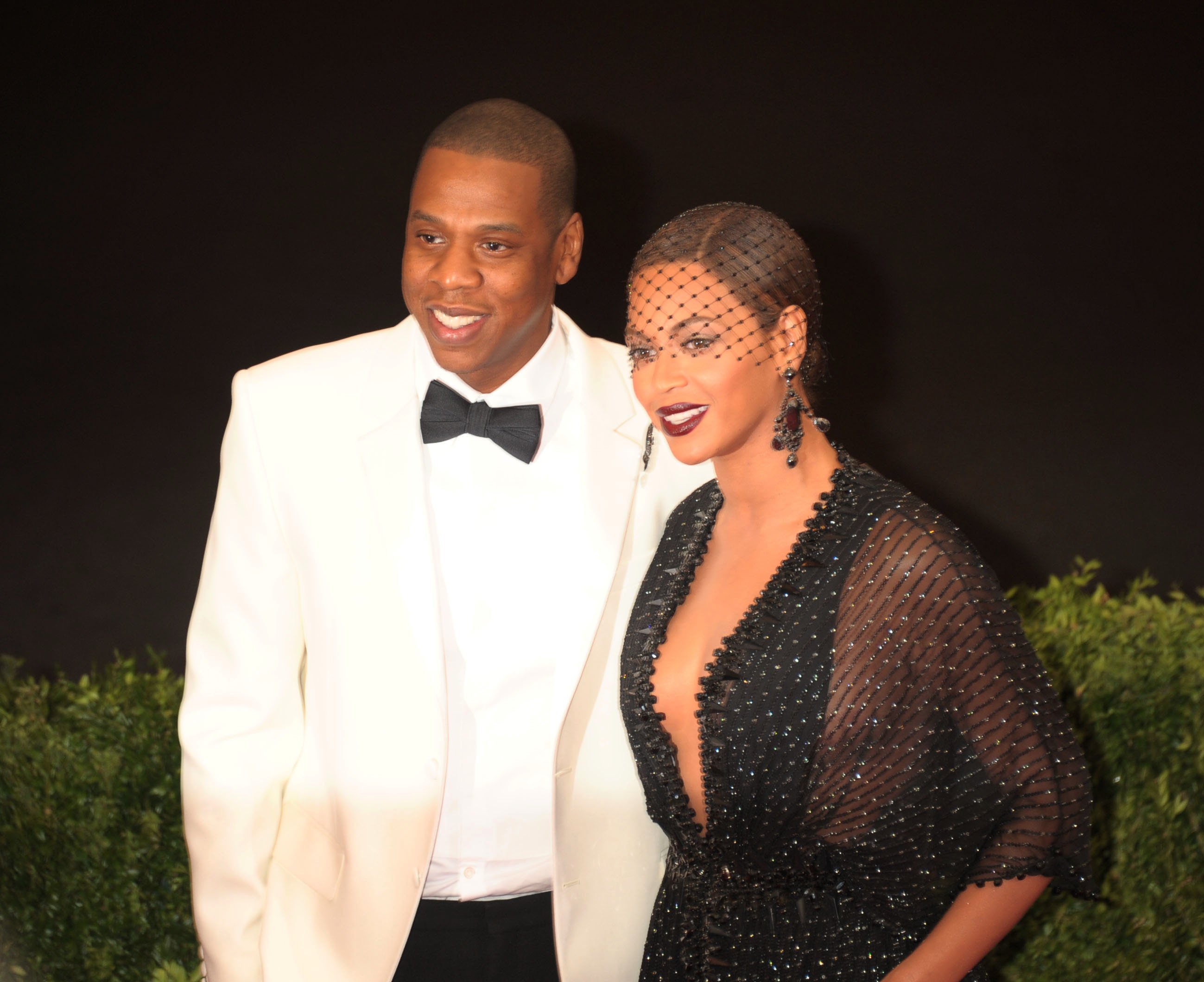 What’ll actually happen: In the wake of the whole Met Gala elevator scandal, the world has been waiting with bated breath to get any hint about what caused the brouhaha between Solange and Jay Z. Beyoncé will make the obligatory appearance and Jay Z may even show up, but the pair will remain mum on the subject… and Solange will be nowhere in sight.

www.youtube.com/embed/oG08ukJPtR8
What’ll actually happen: Hot on the heels of Justin Timberlake’s duet with the late King of Pop, “Love Never Felt So Good,” we’d love to see Jackson appear via video or hologram to perform another hit from his posthumous Xscape album. And it may not be so far-fetched — Epic Records chairman and CEO, L.A. Reid, said of Bieber’s leaked “Slave 2 The Rhythm” collaboration with Jackson last year, “We’re going to revisit it and do something really special with Justin Bieber and Michael.” Besides, everyone loves a comeback story, and nobody needs one more right now than the Biebs. 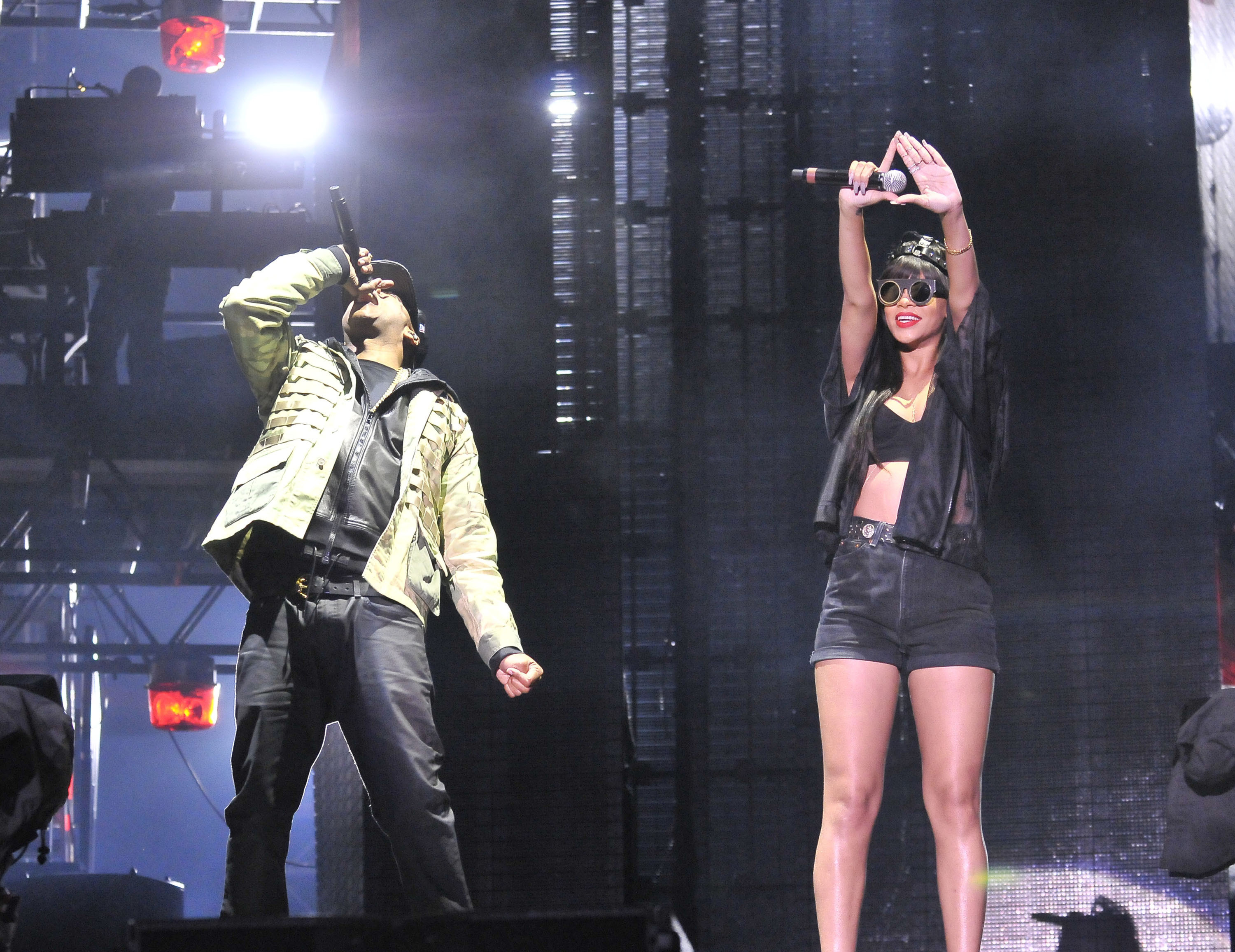 What will actually happen: We imagine all of these artists will appear at some point during the show — and they may individually even throw up an all-seeing eye hand gesture or something similarly suggestive — but, as is the illuminati way, no one will bring up ties to the clandestine organization. It would be pretty amazing to see them all on the stage together, though… it’d be like channeling the star power and magic of the Mickey Mouse Club, only in a far more sinister, supernatural kind of way.

www.youtube.com/embed/bmZ9xRO7M9M
What will actually happen: Florida Georgia Line will more than likely just go it alone or bring another country collaborator to the stage. But really, how epic would it be to see the country’s favorite fellas couple up with hip-hop’s reigning duo? We already know from Florida Georgia Line’s super-successful hit with Nelly that these twangy guys know how to hold their own on the stage with rap royalty.

Miley Cyrus sits on the stage and gives a simple, stirring acoustic performance 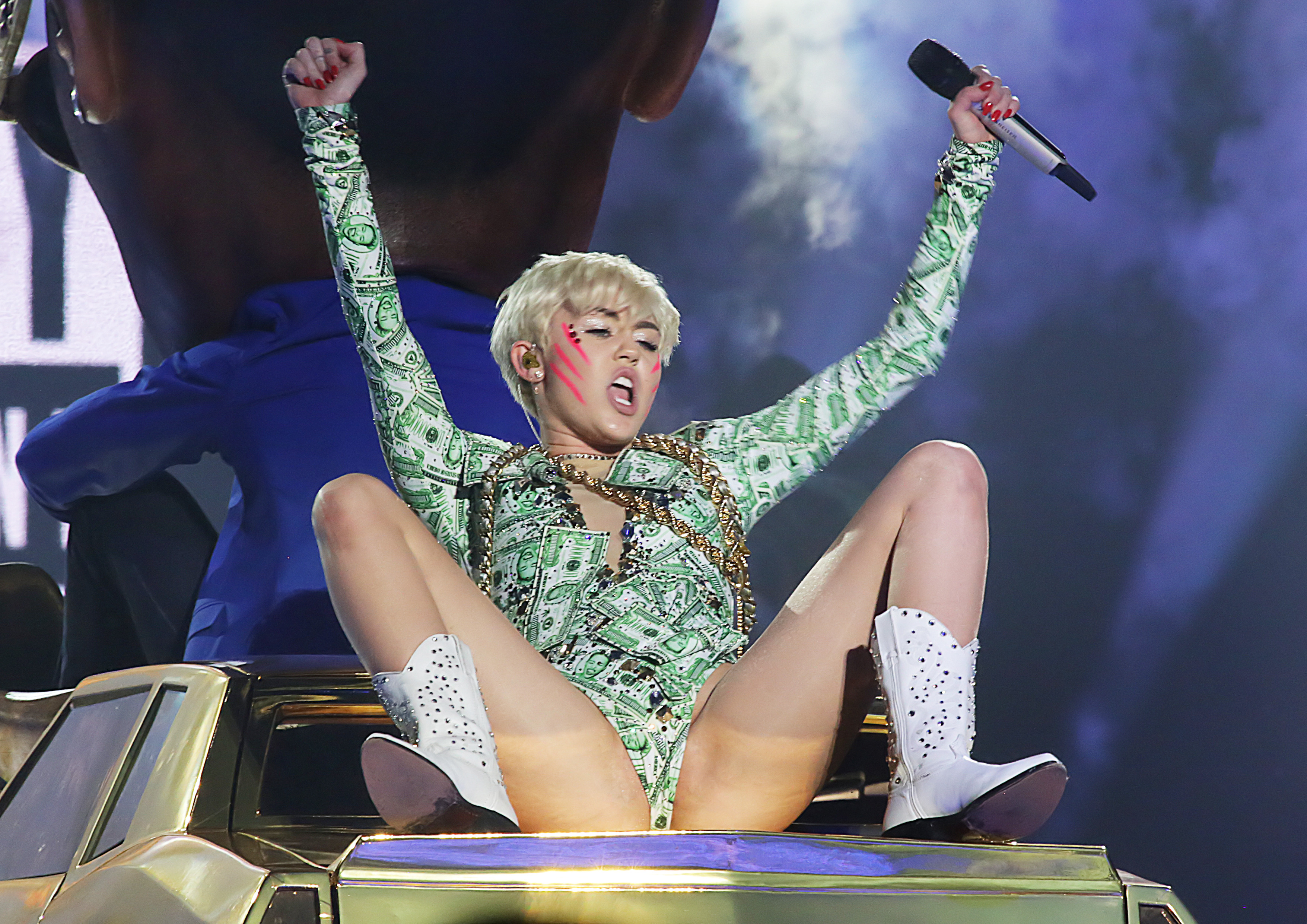 What will actually happen: Pssh, you know Miles. The likelihood of her coming out covered up in wardrobe and stripped down in song is slim to none. She’ll do it up the Miley way, with lots of a**-flashin’, tongue-waggin’, foam-finger-straddlin’ debauchery. Here’s hoping she stays away from Robin Thicke, who’s also set to perform. 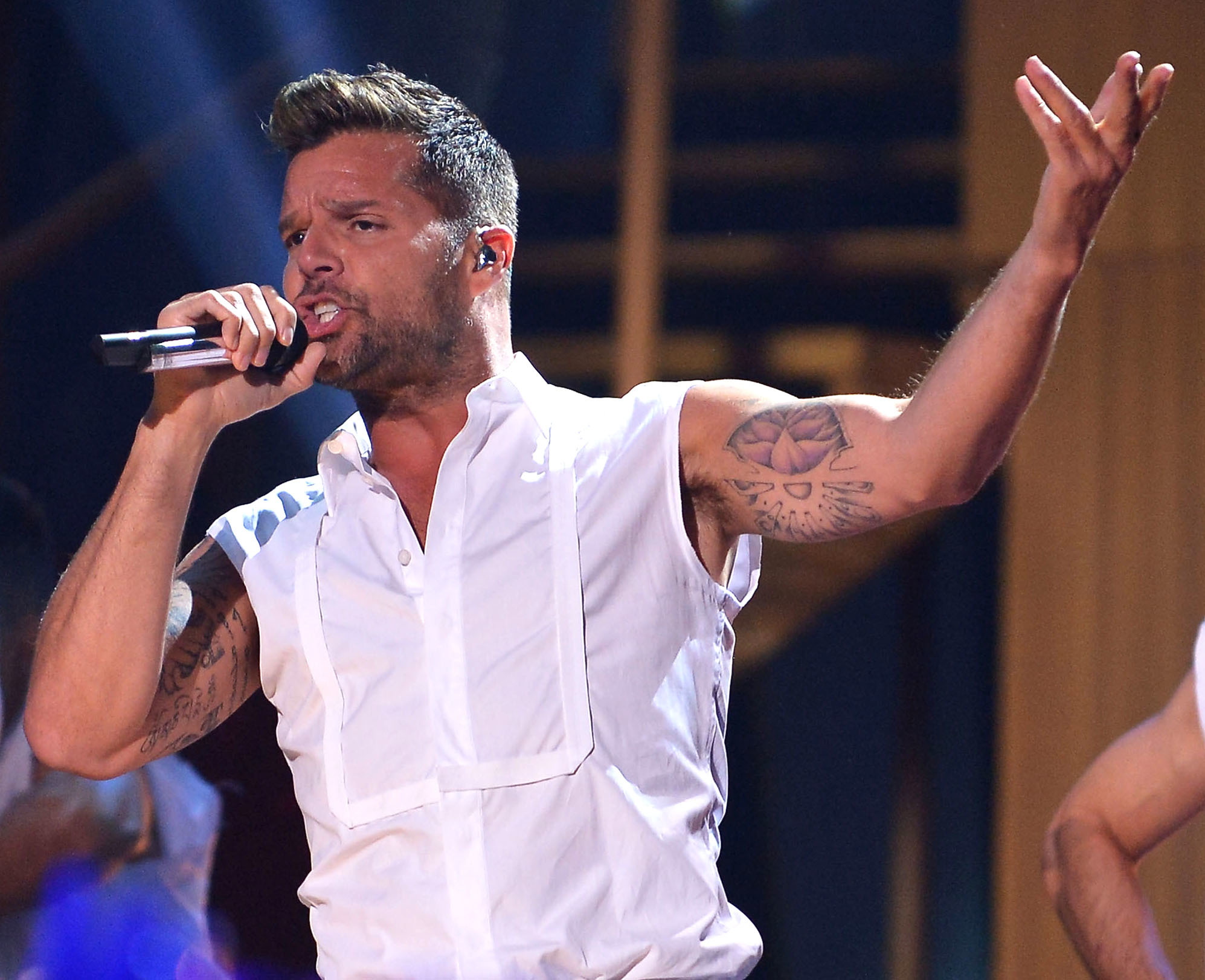 What will actually happen: Hey, who knows? Martin is slated to perform; Cyrus is slated to perform. We all know she’s going to be going for shock value, so maybe she’ll wrangle Martin into her shenanigans this year. As they say, there’s no such thing as bad publicity, and Martin probably wouldn’t mind the media storm that would rain down on him should he pull a Robin Thicke with Cyrus.

www.youtube.com/embed/r2LiFsdrXF4
What will actually happen: If R. Kelly is there at all, he’ll do something worthy of being parodied on the next airing of The Tonight Show Starring Jimmy Fallon. If we had our druthers, though, R. Kelly would join forces with Jimmy Fallon during the Billboard Music Awards to replicate Fallon’s viral barbershop quartet performance of Kelly’s hit song, “Ignition.”

Lorde and Eminem — the anti-celebrity celebrities — bring down the house 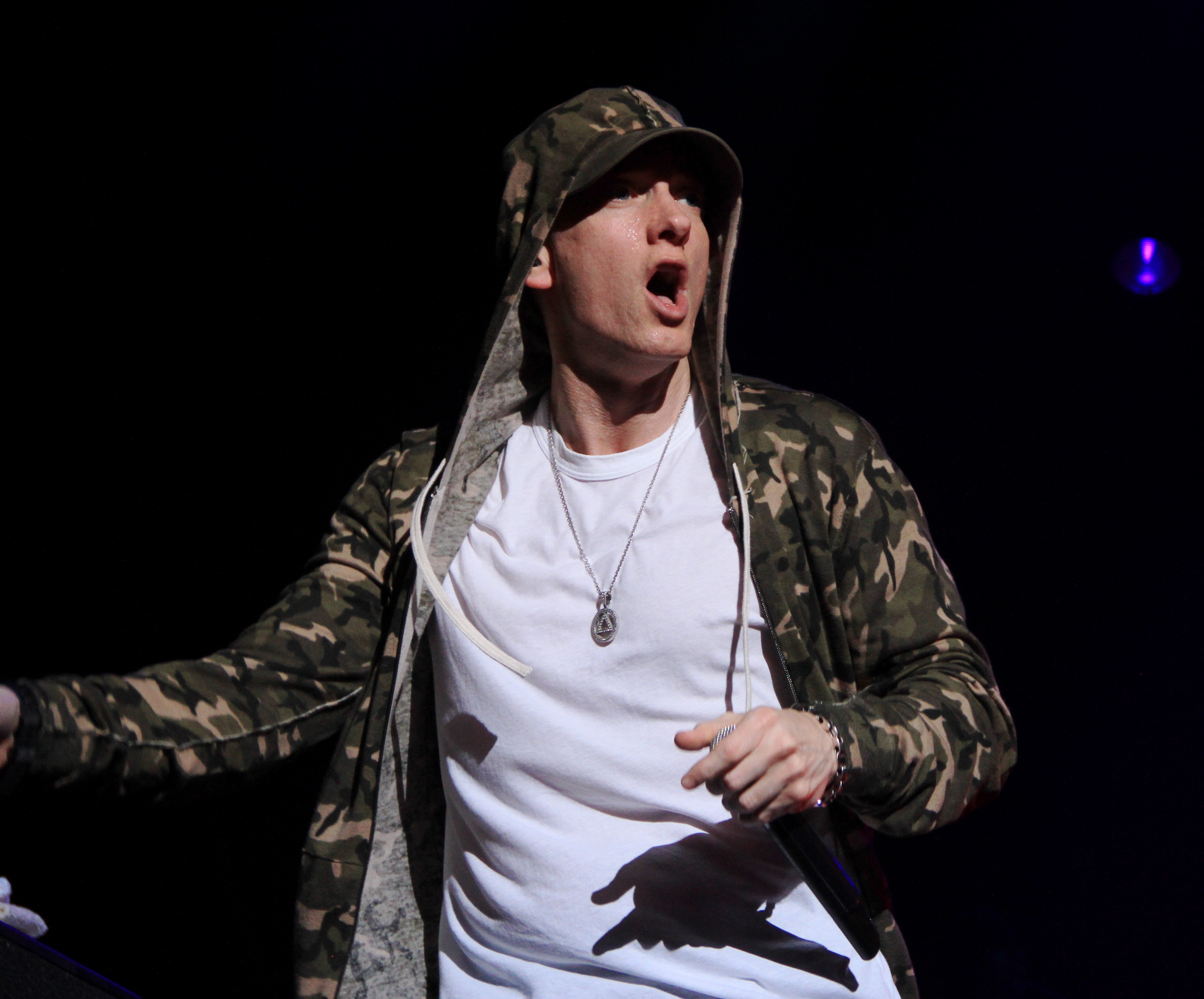 What will actually happen: This could totally happen… in our dreams. Neither Lorde — who’s up for several awards, including Top New Talent — or Eminem, who received several nominations for his “Marshall Mathers LP 2,” is scheduled to perform. But that’s what would make it so fantastic… that and the fact that both have shunned the material celebrity lifestyle. It’d be like giving two big musical middle fingers to the Hollywood machine.