The boy band from London, England, One Direction, has become a world sensation that rabid fans can’t get enough of. If you fall into that category, here are a few fun facts about your favorite group.

Harry Styles‘ favorite music groups are The Beatles and Coldplay. In a recent interview, Coldplay’s Chris Martin said he thought One Direction was brilliant and that he had a man crush on Styles. Martin told BBC 1 Radio when he met Styles, “I was like this, ‘I was pretty sure I was a straight guy before’ — I was having a hot flush.”

VIDEO: One Direction cloned in “You & I,” challenges Miley >>

In a brainstorming sesh, Liam Payne suggested the band be called Unique Selling Point, which was immediately vetoed. Styles came up with the band’s name One Direction.

Styles was the lead singer in the band White Eskimo before joining One Direction.

One Direction headed for splitsville? >> 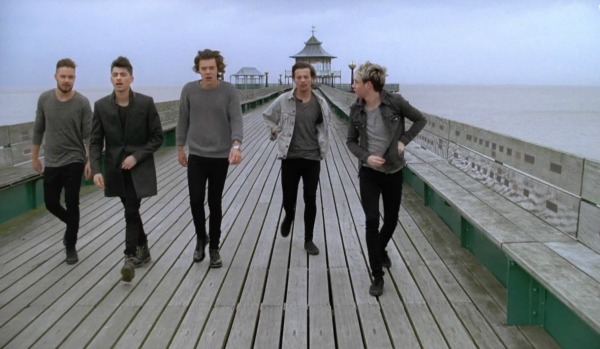 The tattoo on Zayn Malik’s collarbone is Arabic for “be true to who you are.” This will be useful information if you decide to follow in the steps of a crazed fan in Brazil who copied all of Styles’ tattoos.

5. Spoons are the devil

Payne dislikes spoons but loves turtles. He admits spoons are “very strange,” and he would like to invent an “anti-spoons” app for mobile phones. We have to wonder if this is one tidbit that was thrown out to the media in jest as it sounds kind of made-up.

Before One Direction became a cultural phenomenon, Niall Horan’s e-mail address was da_pimp_is_here@hotmail.com. Da pimp? Some might see this as a self-fulfilled prophecy. 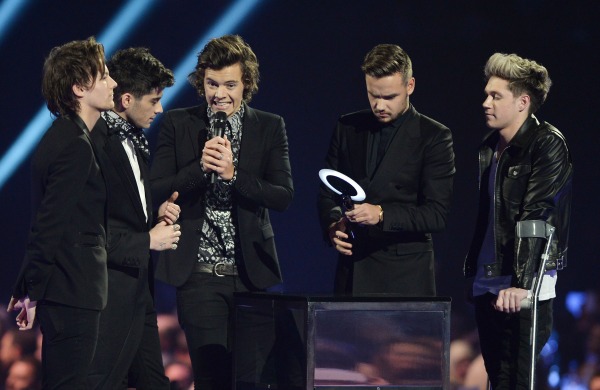 Before Payne went in one direction with One Direction, he dreamed of being an Olympic runner. As a youngster, he was the third best 1500-meter runner in his age group in England.

The boys of Love Actually: Where are they now? >>

Horan claims he’s only read one book — the American classic To Kill a Mockingbird. Is that even possible? Can you even get a high school diploma by reading one book? Does reading one book steer you in One Direction?

Styles says he would happily date a fan. When asked he said, “Yeah definitely, because if you like someone, you like someone. If they’re a fan, it shouldn’t make any difference.” Rejoice, ladies!