JT is constantly acting a fool, but it’s all part of his charm. 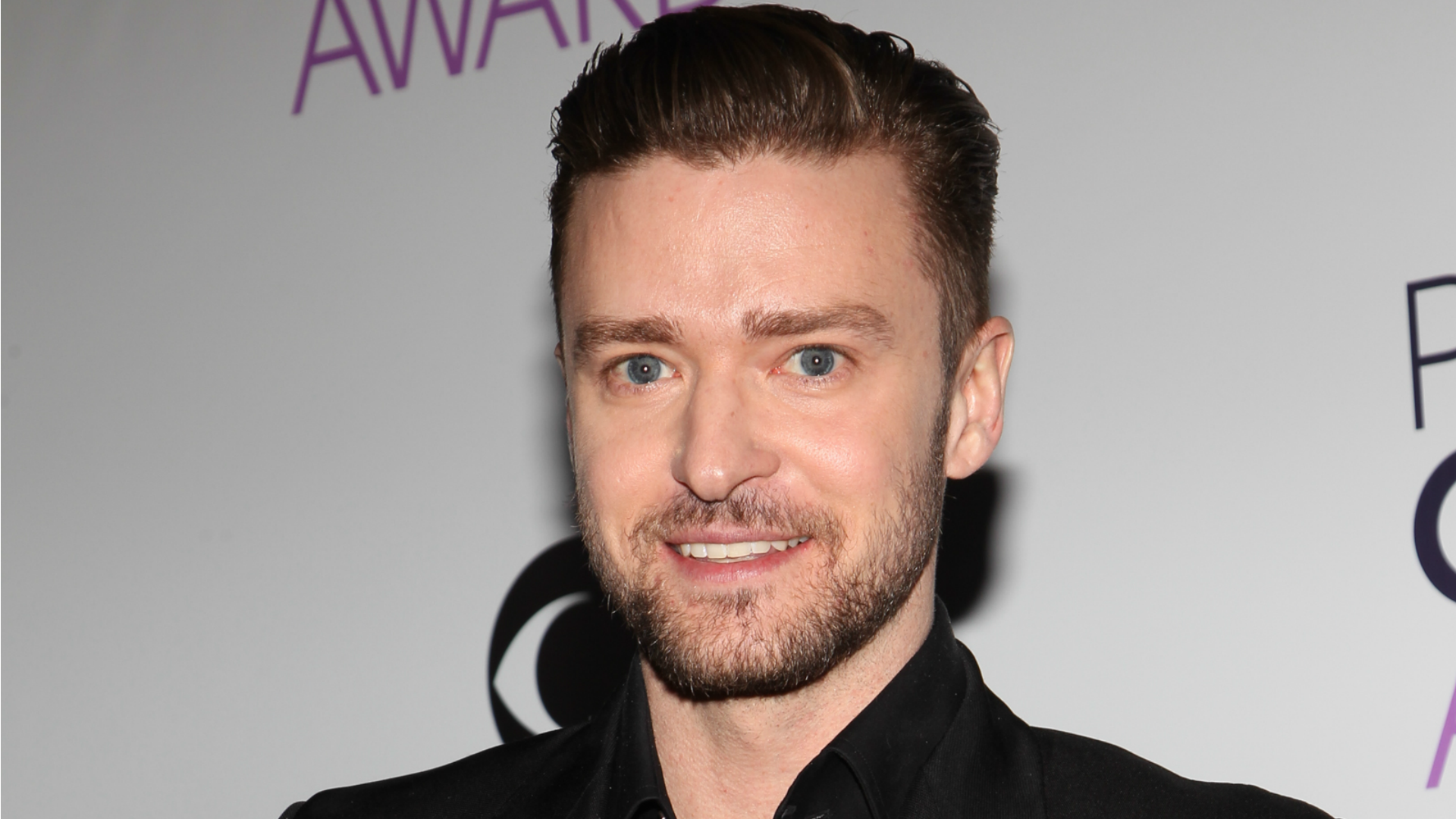 Ah, Justin Timberlake. What’s not to like? He can act, he can sing, he can dance, and he’s got an amazing set of abdominal muscles. But what we admire the most about JT is his ability to continually dork out and not flinch. Here’s a look back at Timberlake’s most embarrassing moments over the years. 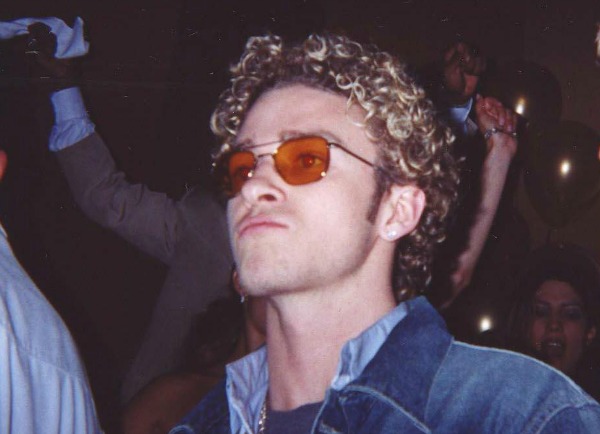 How could we forget this little Disney made-for-TV movie gem? Timberlake was just getting his toes wet and developing what has turned into a true acting talent. After seeing his work on movies like Alpha Dog and The Social Network, you know looking back at flicks like Model Behavior has to make JT cringe. 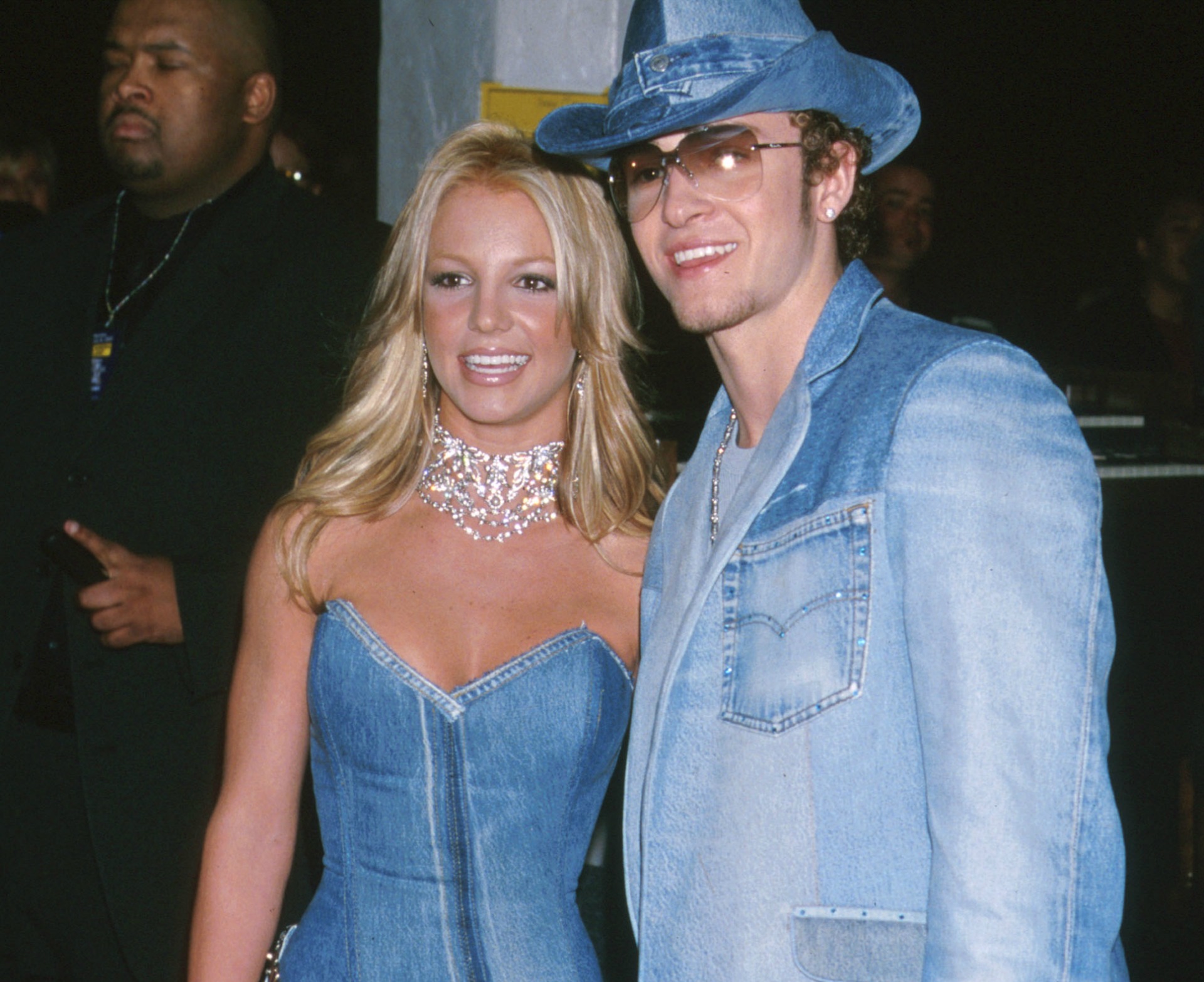 This is truly a “what the heck were you thinking?” moment. This had to be all Spears, right? The couple was very serious at this point in time, so it’s sweet that Timberlake clearly would do anything to make his significant other happy. Hopefully he doesn’t regret the denim suit after their bitter breakup.

Warning: This video is not for kiddos.

“D*** in a Box,” “Single Ladies,” hopping around dressed as a block of tofu… anything the cast of SNL is going to throw at the “Suit and Tie” singer, he’s pretty much game for. And, hey, if a fully-grown man wants to gyrate his hips to a Beyoncé song while wearing nothing but a leotard and pumps, we’re gonna watch. 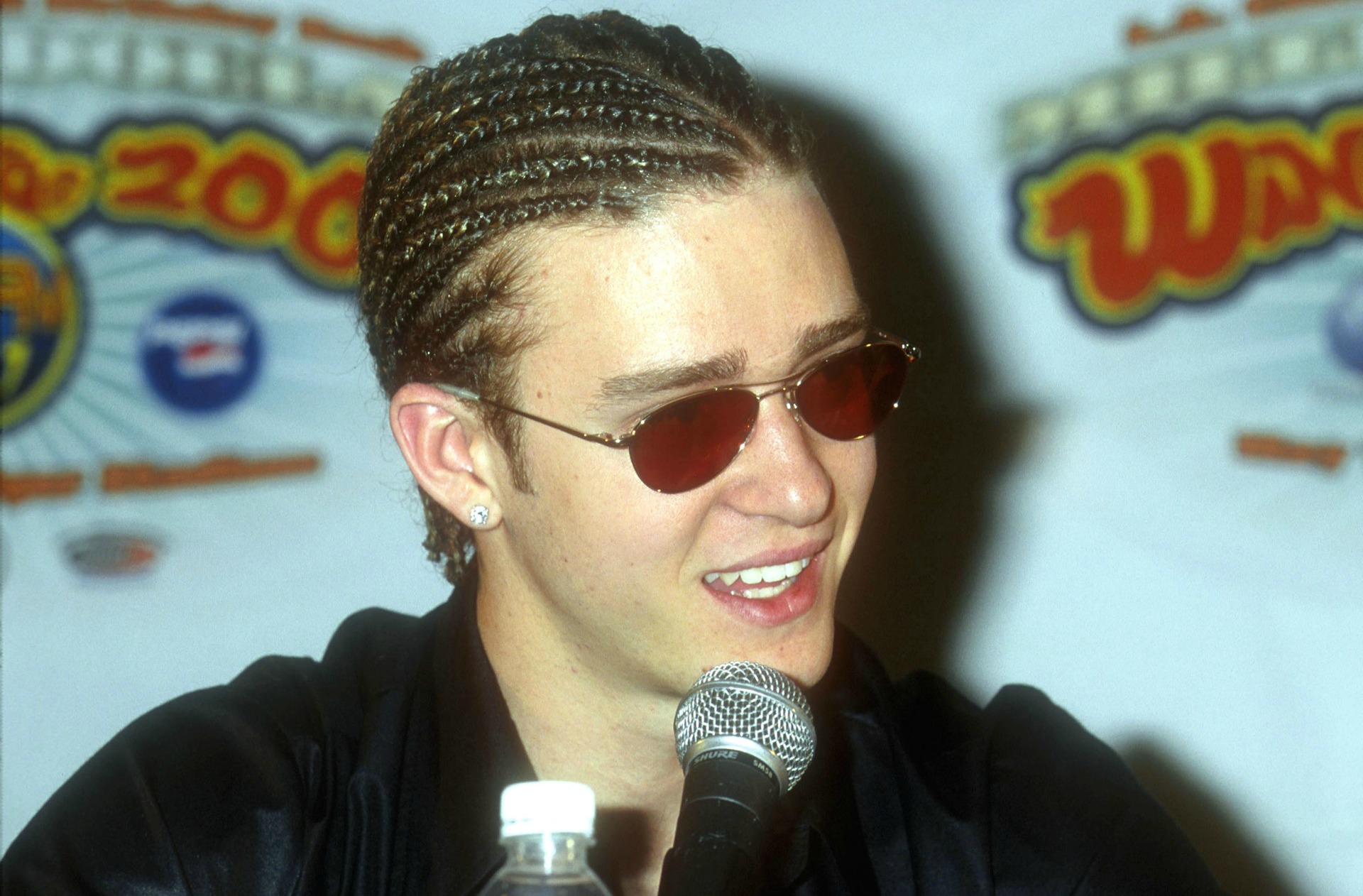 We’re not talking about vegetable fields here. We’re talking about this Timberlake hairstyle in all its glory. We won’t even go there regarding the glasses in this picture.

5. Pretty much anything from the No Strings Attached era 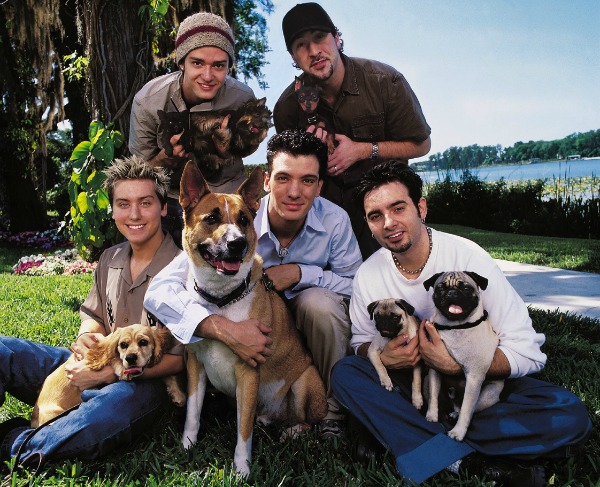 Call him a victim of the times, but Timberlake and the rest of his *NSYNC bandmates went all out when it came to early 2000s fashion. As long as puppies were involved at some point, it’s pardoned. 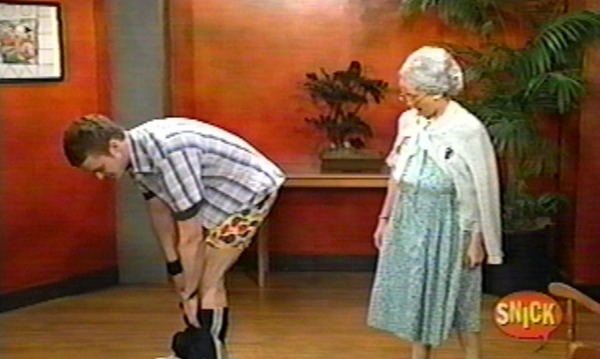 Timberlake has a slight problem keeping his clothes on. Not that we’re complaining. It’s just a little blush-worthy when your ex’s baby sister pulls down your pants on Nickelodeon. 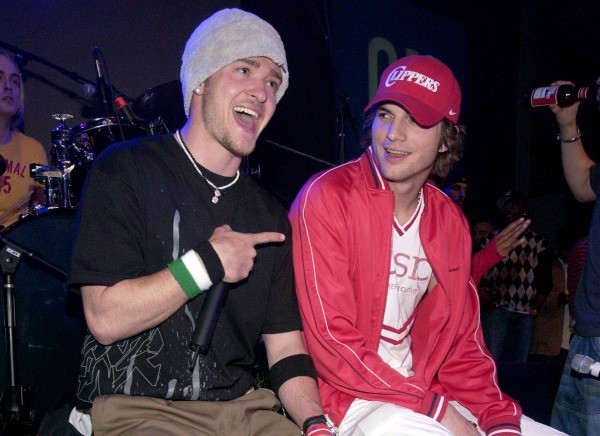 Ashton Kutcher got Timberlake good on an episode of the prank show, Punk’d, in 2003. Kutcher sent Dax Shepard to the singer’s house and tricked him into thinking his worldly belongings were being repossessed by the IRS. The joke brought JT to tears. “You’re taking my dogs?” he pitifully asked as he sat on the front steps of his $8 million mansion. Timberlake later admitted to Playboy magazine that he was horribly stoned during the prank. Whoops! 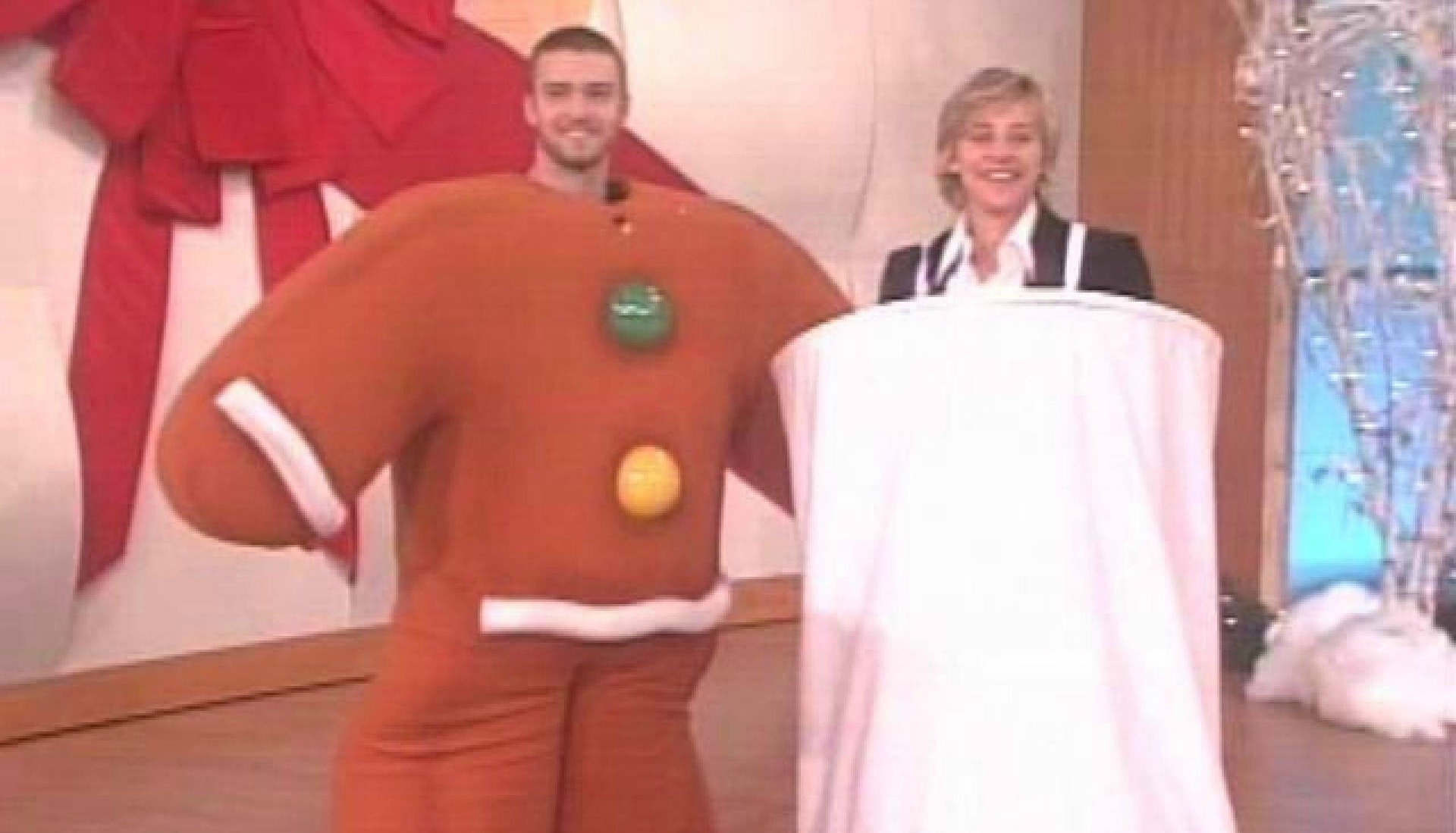 Timberlake declared that he felt “sexy” in a full-blown gingerbread man suit when he and Ellen DeGeneres surprised her live studio audience back in 2004. The two also cut a rug to MC Hammer’s “U Can’t Touch This” that day. Although it was a silly display, it was for a good cause: It was part of DeGeneres’ 12 Days of Giveaways charity drive. 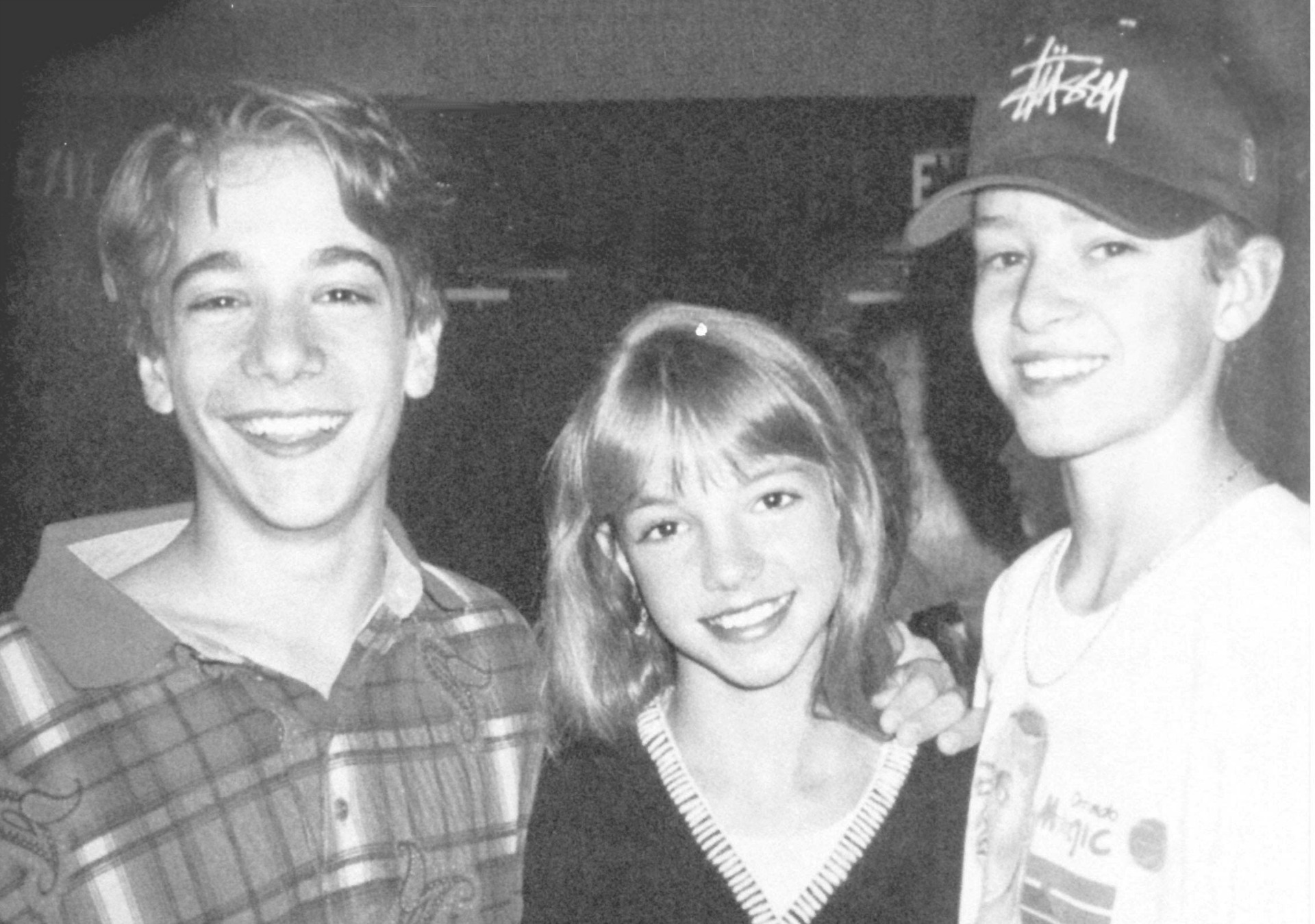 JT was a child star, and while it’s not fair to poke fun at old photos and videos that he has no control over, we know we are certainly red in the face when people manage to find our old yearbooks. As embarrassing as his Mickey Mouse Club and talent show days may have been, Timberlake was really stinkin’ cute. 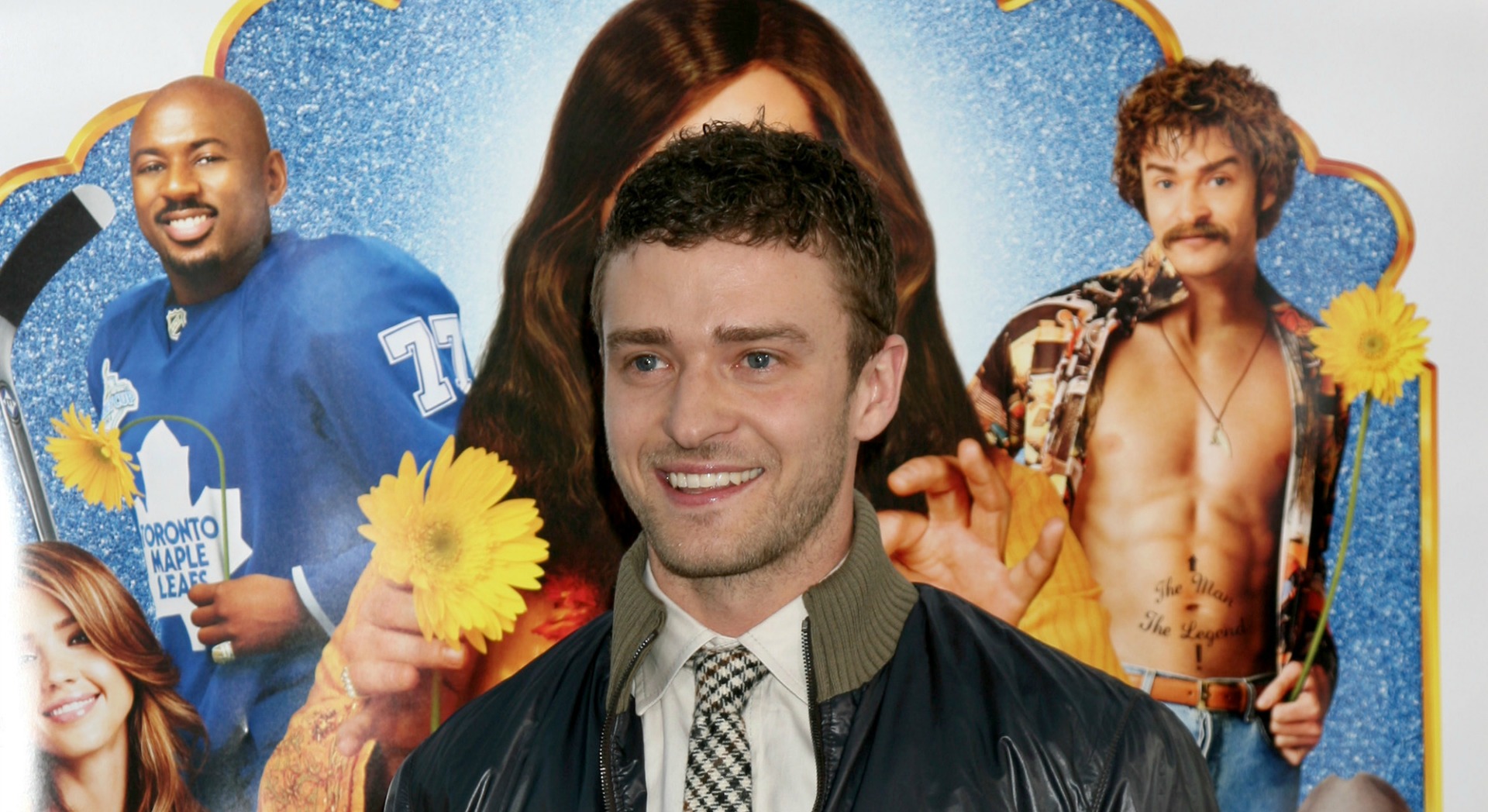 The mustache, the jogging suits, the awful accent, the stuffed Speedo. Not even Hollywood heavyweights like Mike Myers and Jessica Alba could save this one.

The reason Justin can do all these ridiculous things and we forgive him? Because funny is sexy and this guy is a wickedly-talented comedic genius who doesn’t take himself too seriously. Oh yeah, and he shows up looking like this. 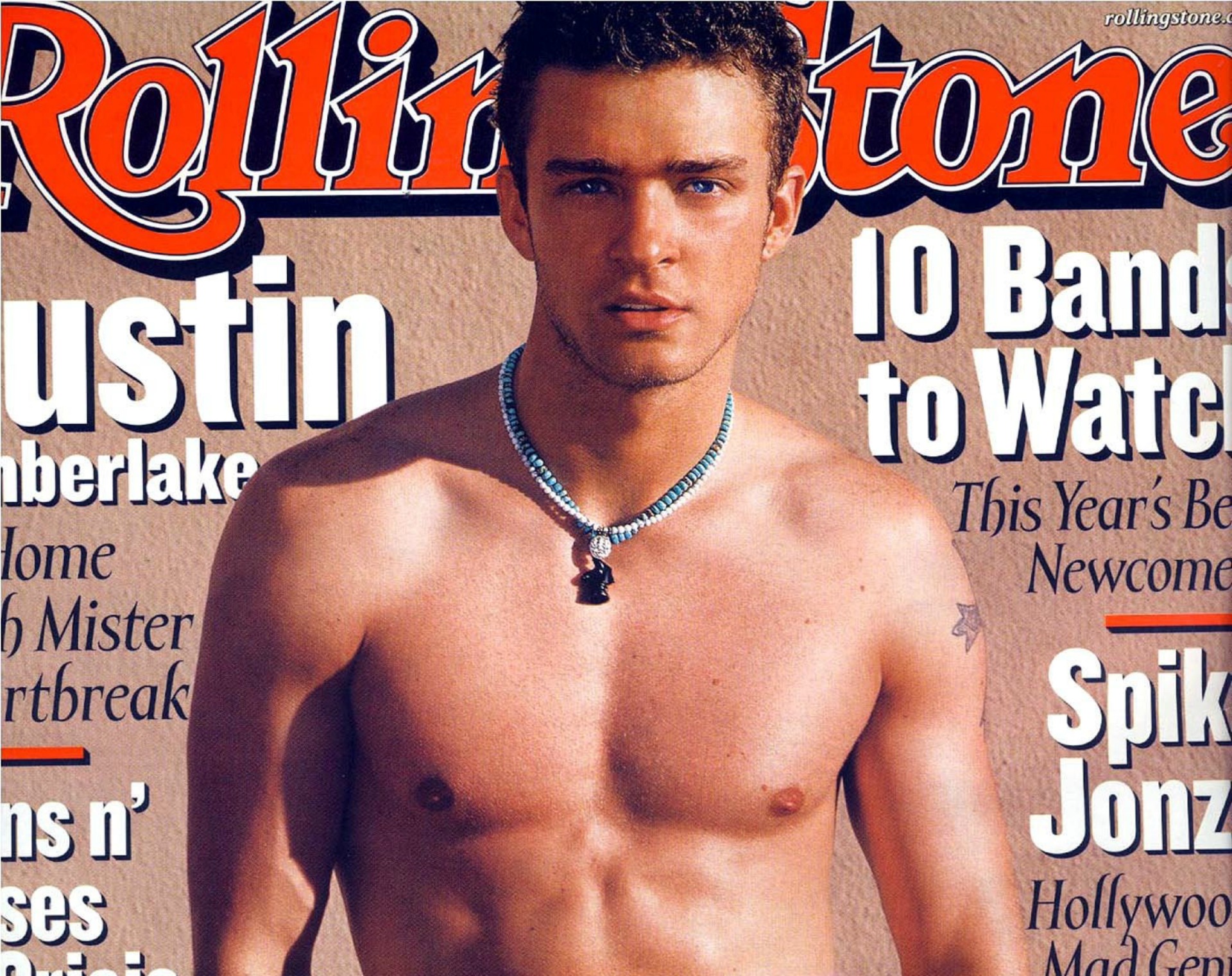