OK, we know the baby’s coming on the promising epic finale of The Originals, but there’s also bound to be a few unexpected twists. 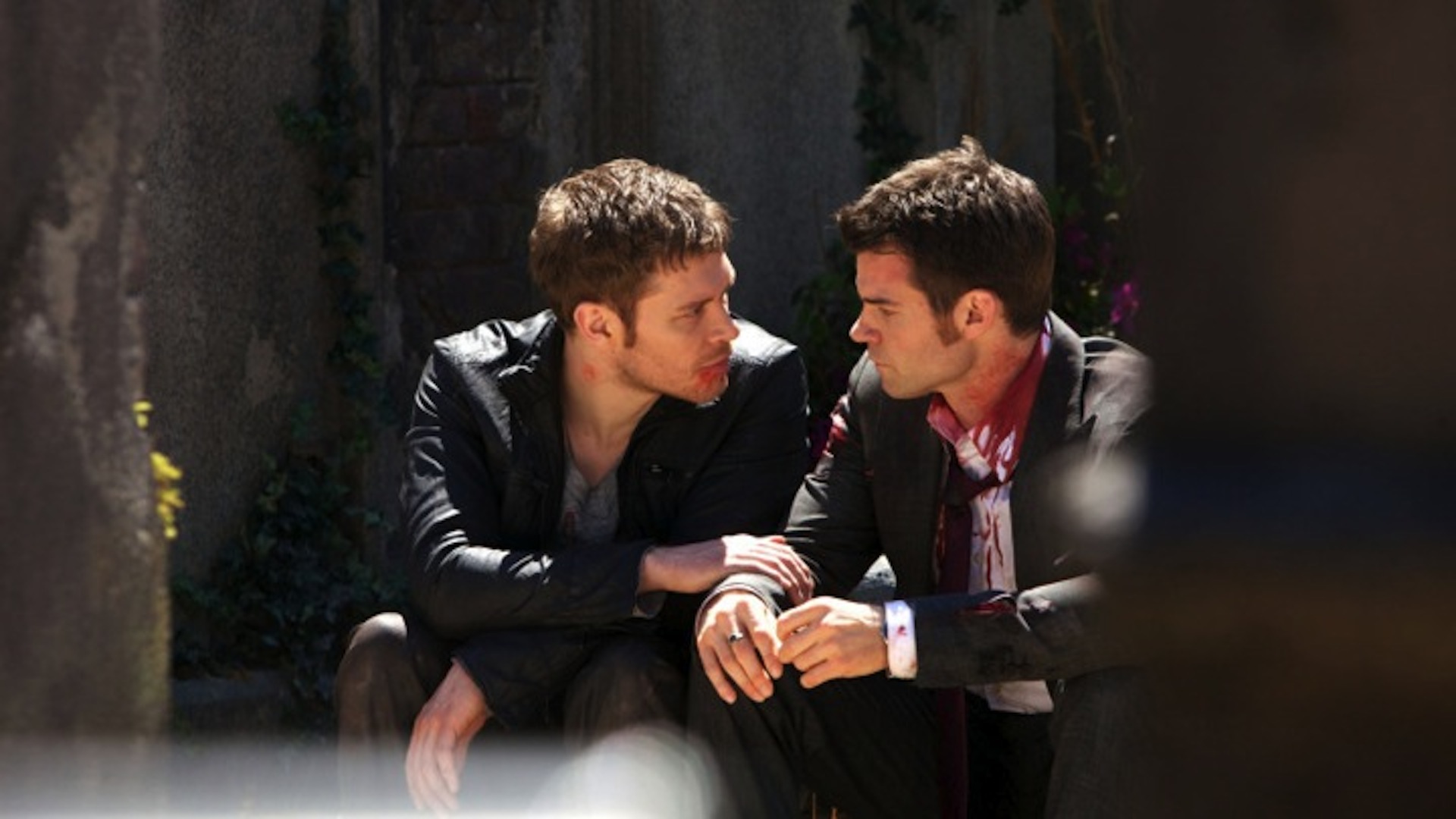 When we interviewed Joseph Morgan last week, the actor was sure to tell us just what a “roller coaster” was in store for fans at the end of Season 1 of The Originals. With last week’s episode behind us now, we can confidently say Morgan wasn’t just throwing those words around. We’re counting on the fact that the finale will prove to be much of the same. There are a few key moments we’re hoping for.

We’ve started to glimpse the fatherly instinct in him, but you know the second that baby is placed in his arms, there’s going to be a dramatic shift in Klaus. For thousands of years, he’s been living only for himself. Now, he’s got someone else who truly and wholly needs him. That’ll throw a monkey wrench into his arrogant predictability, we have no doubt. Hopefully, the show captures the emotion of the moment perfectly on his face. We can’t wait!

2. Marcel and Klaus banding together

Sure, last episode they were killing one another, but we all know how the tides can change for immortals. Now that Francesca is wreaking havoc with her golden eyes ablaze, father and son might need to depend on each other. It’s the lesser of two evils thing from our point of view. If Klaus/Marcel can’t have the city, then surely Marcel/Klaus, respectively, would be the better option for the vampires.

Girl has got to go! We get it, she’s a little bitter about her untimely death. We thought maybe she was going to get over it and settle into a little more peaceful routine, but that was all shattered the second she handed over those moonstones to Francesca. Someone needs to dagger her so the world can be right again with Klaus in all his powerful glory.

Did your beloved TV show get renewed? >>

4. Tying up loose ends between Klaus and Cami

Are they? Or aren’t they? These two have had this weird back-and-forth thing all season that’s just left us confused. Especially after Cami’s hookup with Marcel. And let’s all be honest, it’s hard to focus on any other relationship in this show when Elijah (Daniel Gillies) and Hayley’s (Phoebe Tonkin) chemistry is so explosive that it takes up the screen.

For the finale, we’re hoping for something more definitive than batting eyelids and blushes. Even if that means Klaus lets her go, which seems like the logical outcome, doesn’t it? Since he’s a baby daddy now and all.

That little lady has some pretty powerful parents, and we’ve already glimpsed the fact that she’ll be just as fierce. We’d love to see some teasers of the little handful: maybe some extra pointy teeth or a pair of golden eyes? Better yet, we think there’s a good chance the infant will be the one to save the day against the witches. Maybe she’ll step in with a newly born trick up her sleeve to protect mommy and daddy.

The finale of The Originals airs tonight on The CW.

What do you hope to see in the Season 1 finale of The Originals on Tuesday?

21 hrs ago
by Hanna McNeila