Since TMZ uncovered shocking footage of Solange Knowles violently attacking her sister Beyoncé’s husband Jay Z after the Met Gala, the internet has been abuzz with speculation. We offer a few theories of our own.

1. Those Illuminati rumors really are true

Solange, it seems, is a spiritual person. Her record label is called Saint Records, she referred to herself as “Sol-Angel” in an album title and she even has a song called “God Given Name.” So maybe those rumors swirling around the internet about Jay Z being the modern-day godfather of the Illuminati are true, and Beyoncé’s little sis finally confronted Hov about selling his soul (and, presumably, the souls of Bey and little Blue Ivy) to Satan for fame and fortune.

2. There may have been a comparison to Orlando Jones tossed out 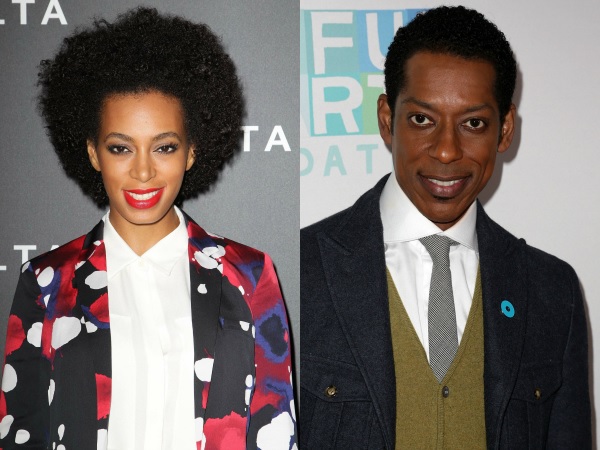 Solange has spent the better part of her career avoiding comparisons to her sister, adamantly explaining at every chance possible that she is a unique individual and an artist in her own right. So we doubt she’d find it funny if Jay Z made a joke comparing her to anyone at all, much less to actor Orlando Jones, who — let’s face it — she really does favor.

3. He broke out a copy of Bring It On: All or Nothing

Solange has accomplished many thing for which she can be rightly proudly of. But nobody with her level of success seems to get there without a few mortifying moments along the way (unless you’re part of the Illuminati, apparently). Solange has put out some amazing music, has killed it on the fashion front and has raised one heck of an adorable kid in son Jules. But we’re going to guess she’d prefer nobody — not even Hov himself — bring up her 2006 straight-to-video role in Bring It On: All or Nothing.

4. Jay Z asked if she borrowed her dress from Jane Fonda in Monster-in-Law 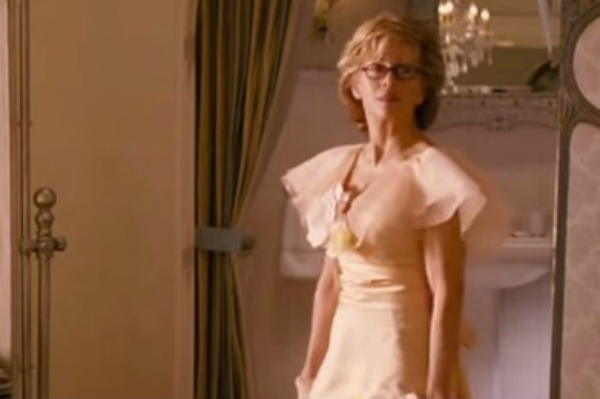 Nearly as inexplicable as the altercation itself was Solange’s choice of dress for the event. The frumpy peach number she was wearing was clearly suited quite well for activities like ninja-kicking her sister’s husband, but it was ill-fitting in every other sense. It totally made us think of the frilly peach monstrosity Jennifer Lopez’s characters makes her mother-in-law, played by Jane Fonda, wear to her wedding as punishment. Perhaps that’s secretly one of Jay Z’s favorite flicks, too.

5. She caught Jay Z stepping out on Bey

All jokes aside, this sadly seems most plausible. What girl wouldn’t try to kick her sister’s husband’s balls into his throat if she found out he’d been running around? We know we would. It’s never been a secret that Solange is a feisty little thing, so we can’t imagine she would ever take news of Jay Z’s infidelity lightly. The fact that Beyoncé rode off with Solange and Jay Z had to take a separate car only gives this theory more credibility.