Dr. Dre is claiming that he’s become hip-hop’s first billionaire after the reported sale of his Beats Electronics.

Related story Straight Outta Compton left out major storylines, but it was better for it 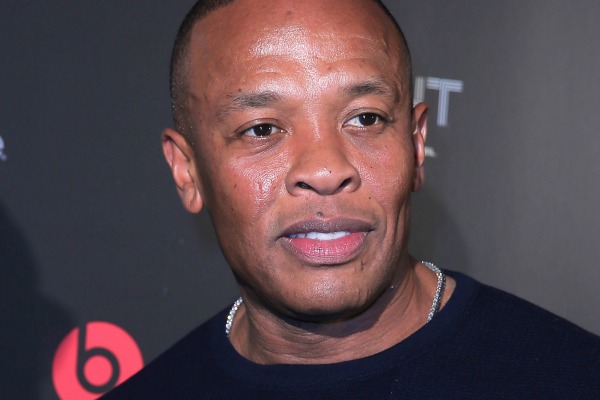 Dr. Dre fans may still be patiently awaiting the release of his long-delayed album Detox, but the hip-hop mogul seems to have a lot of other things on his mind — like becoming rap’s very first billionaire.

News of Dre’s financial milestone comes from a video shot by singer and actor Tyrese Gibson, which confirms that Apple is buying the rap mogul’s Beats Electronics. In the clip, which was posted on Gibson’s Facebook page and later removed, Tyrese is seen wearing a pair of Beats headphones with the West Coast rapper as they celebrate the monumental news.

“The Forbes list just changed. It came out, like, two weeks ago. They need to update the Forbes list. S*** just changed,” Tyrese says in the selfie video. Dre re-affirms, “The first billionaire of hip-hop right here, from the motherf***ing West Coast.”

Earlier this week, the Financial Times reported that Apple was closing in on a $3.2 billion purchase of Dre’s electronics line and streaming music service. In addition to Apple’s reported acquisition, it is rumored that Beats CEO and music industry great Jimmy Iovine is in talks to join the Apple team as a “special advisor” to CEO Tim Cook.

According to the Los Angeles Times, if Apple confirms the buy of Beats Electronics, it would be the company’s largest acquisition ever. Its most expensive purchase occurred in 1997, when Apple purchased Steve Jobs’ NeXT Computer Systems for $400 million.

Back in February, Dr. Dre made headlines when 50 Cent ended his professional relationship with Dre and Eminem. 50 spoke about the decision, stressing that his relationship with the hip-hop duo was much more important than being in an uncomfortable situation with a label.

“It’s also because of the leverage of having the strong relationships with Eminem and Dr. Dre. They don’t want me to be uncomfortable,” he said. “They value our friendship to the point that they would never want to jeopardize it over that little bit of money.”