Hook and Emma find themselves in a precarious situation in the two-hour Once Upon a Time Season 3 finale. Check out photos and a preview video from the episode.

Once Upon a Time has taken fans on quite the whirlwind journey in Season 3, and it looks like this year’s finale is going to be an even bigger adventure for the residents of Storybrooke.

Once Upon a Time sneak peek: Zelena and Rumple hook up? >>

In the last episode, “Kansas,” Mary Margaret and David welcomed their new baby boy into the world. But the couple’s happiness was short-lived as the Wicked Witch immediately arrived and snatched up the baby to use in her spell to change the past. Emma was unable to help, having lost her powers after Zelena drowned Hook and Emma chose his life over her magic.

But Henry believed that Regina could be good and wield the white magic needed to defeat Zelena, and he was right. Regina was able to stop the spell in time and even refused to kill her sister. Rumple had no such qualms, though, and killed Zelena as revenge for his son, a move that appeared to send the source of Zelena’s power back to the location of the spell.

What will happen next? Check out the official synopsis of the finale from ABC for some hints:

While Mary Margaret and David celebrate the naming of their son at a coronation in Granny’s Diner, Emma and Hook are pulled into Zelena’s time portal and find themselves in the Enchanted Forest of the past. But in their quest to discover a way back, they must be careful not to change anything or risk altering the lives of their friends and family as well as their very own existence.

The preview video shows Hook and Emma having what appear to be lots of adventures in the fairy-tale land of the past. It also seems to indicate that they might run into the people that they know, including Emma’s parents, back then. Will they be able to get back to Storybrooke without altering their own lives? Will this be the adventure that finally makes Emma realize how much she loves Hook? We’ll have to watch and see.

In the first photo from the finale, David and Mary Margaret snuggle with their new baby. 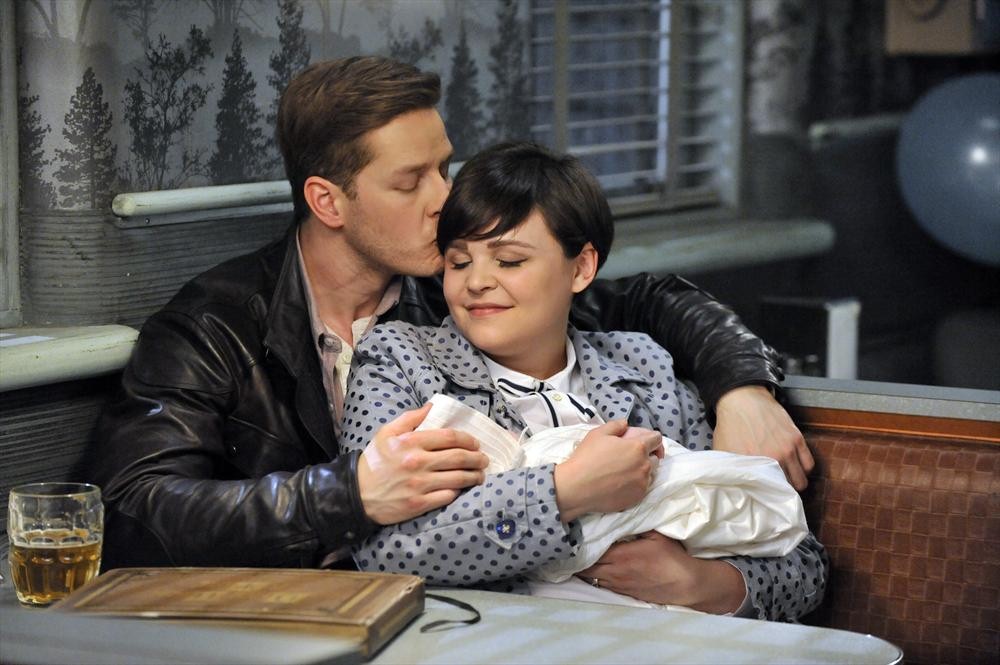 In the next photo, Henry hangs out with his uncle. 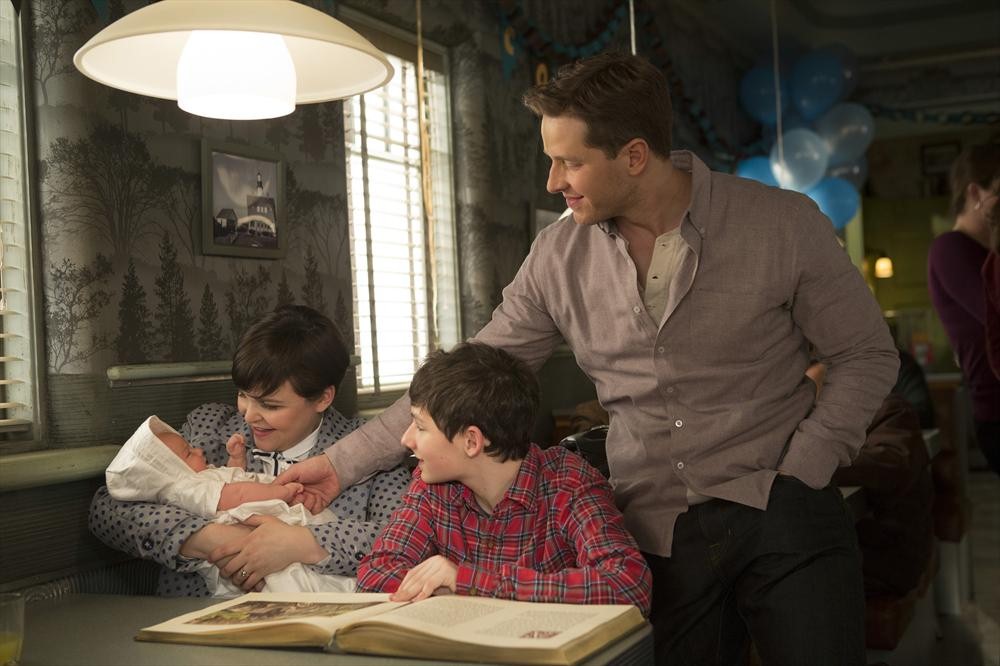 In the next photo, all of the townsfolk come out to celebrate the new baby’s naming ceremony. 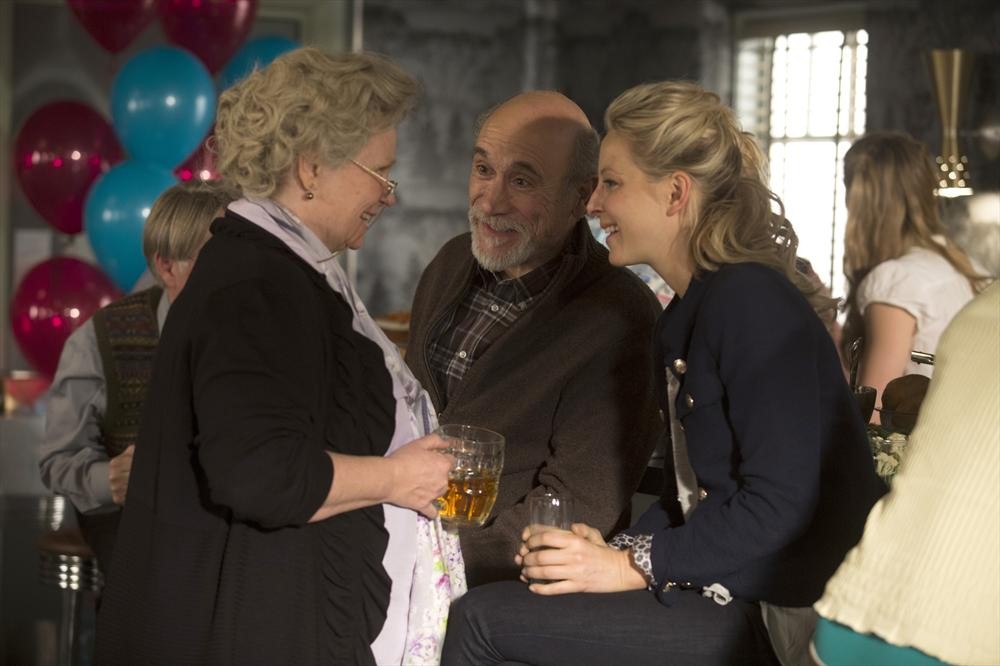 Even Ruby has come back for the celebration. 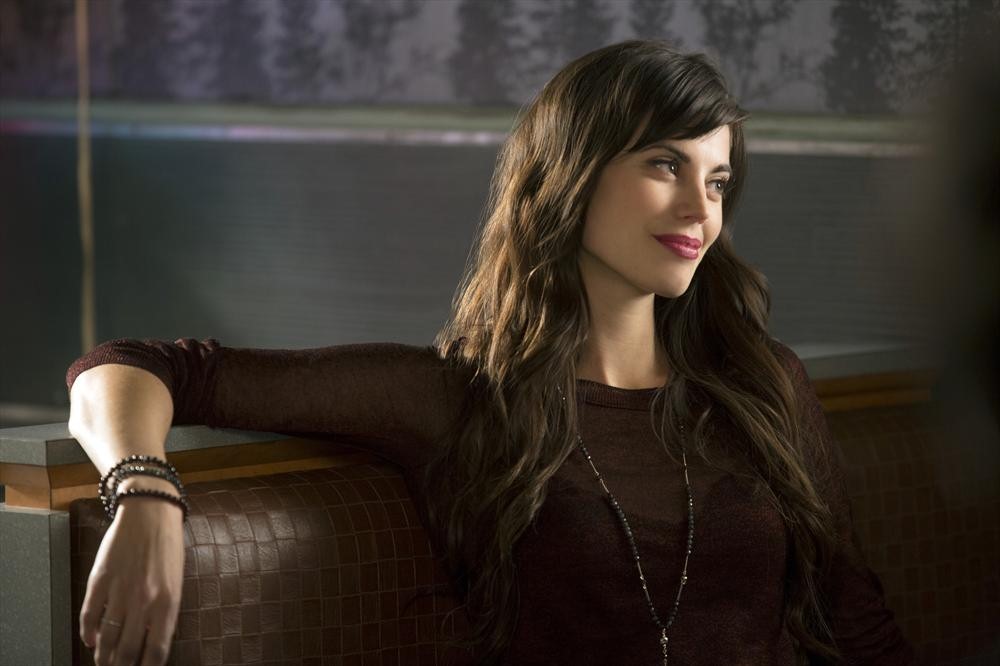 Robin looks pretty happy to be at the party, but what’s up with Regina? 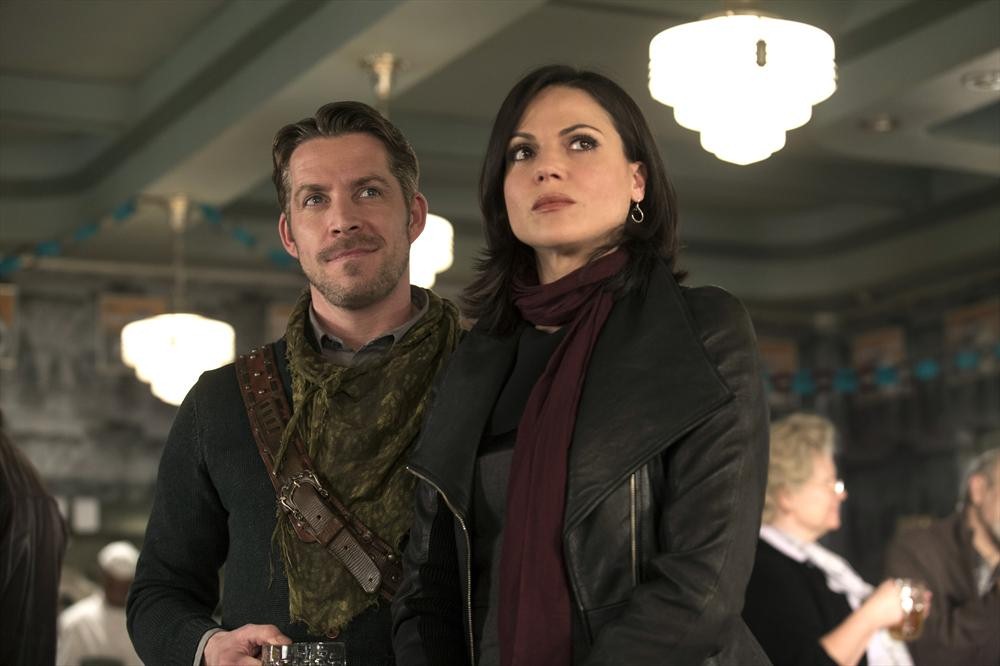 Sneaky Rumple. When will Belle find out that he lied to her about the dagger? 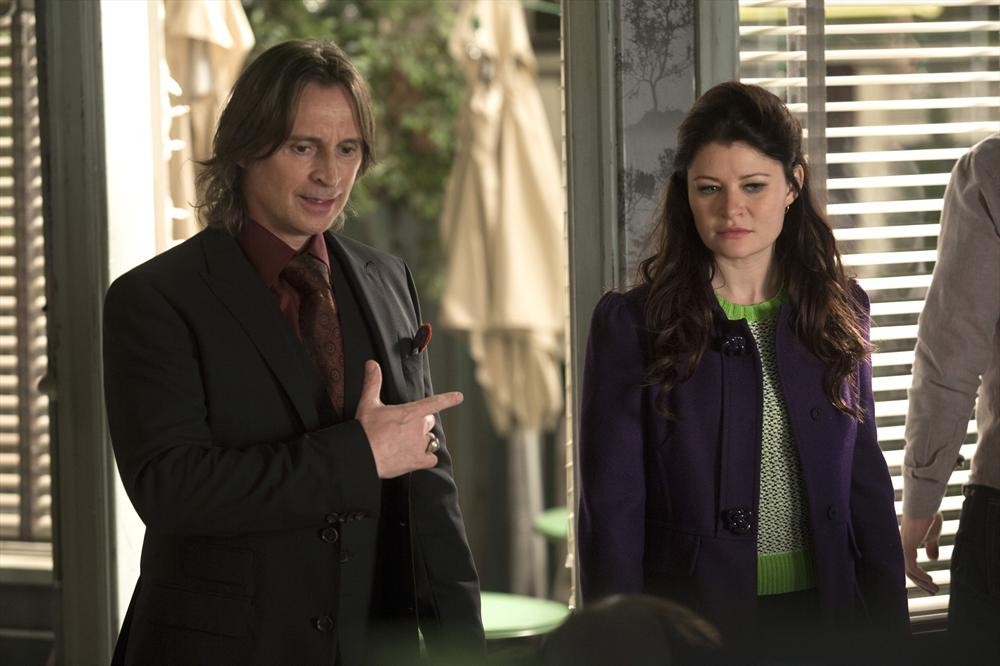 Hook and Emma have some fun at the party before heading off on their new adventure. 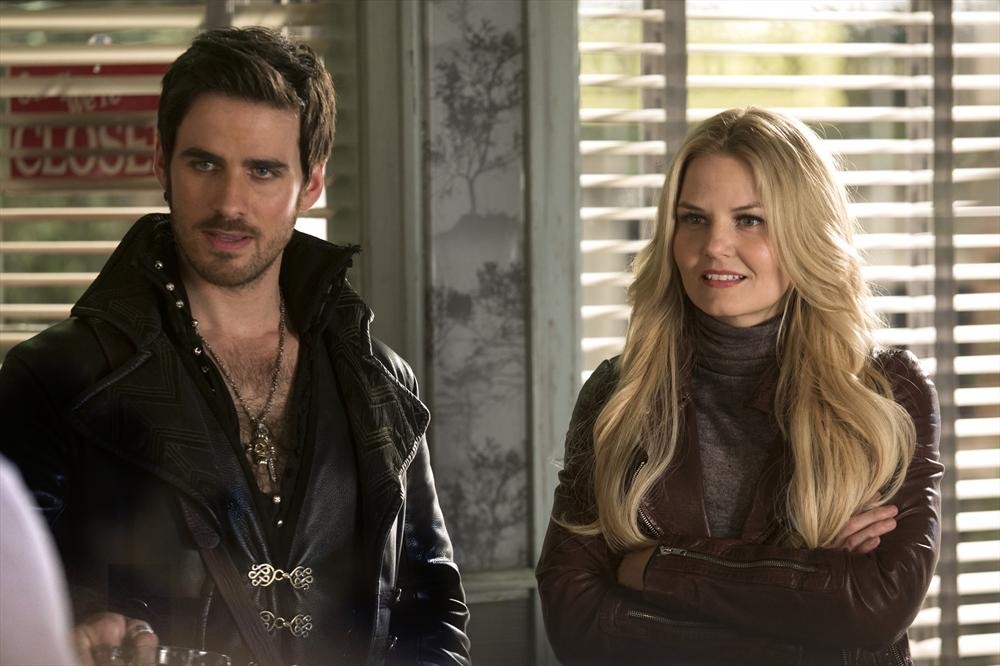 Hook and Emma in fairy-tale land. Hook looks rather dashing in that new coat. 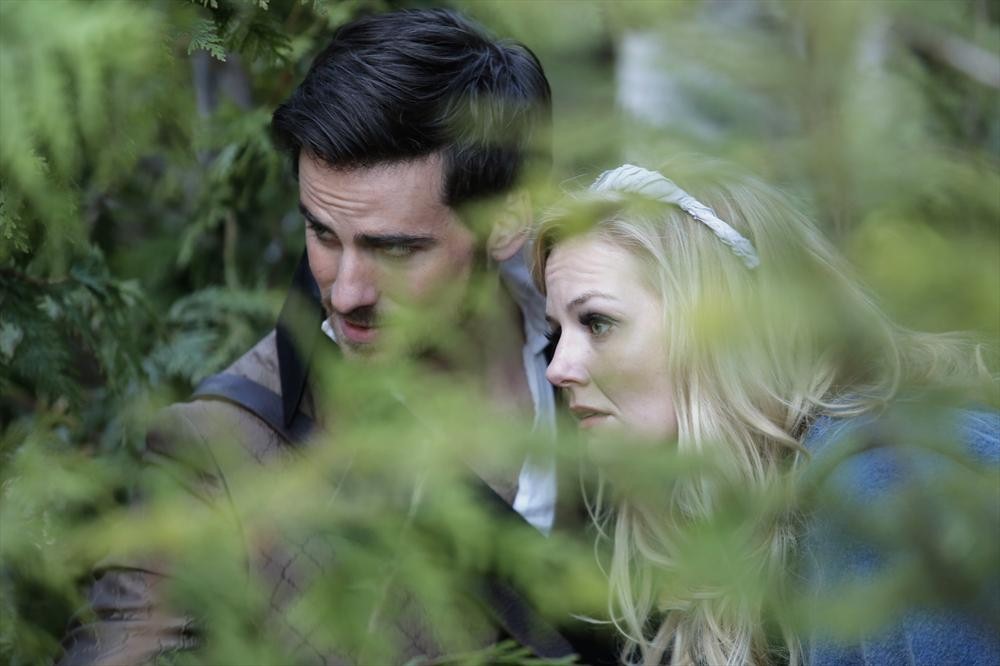