As host of The Bachelor and its successive spin-offs, Chris Harrison is a reality TV icon. But is an appearance on the show in a different capacity on the cards for the frontman? Harrison spills about that exciting prospect, “bright” new Bachelorette Andi Dorfman and how to make a better impression than Juan Pablo Galavis. 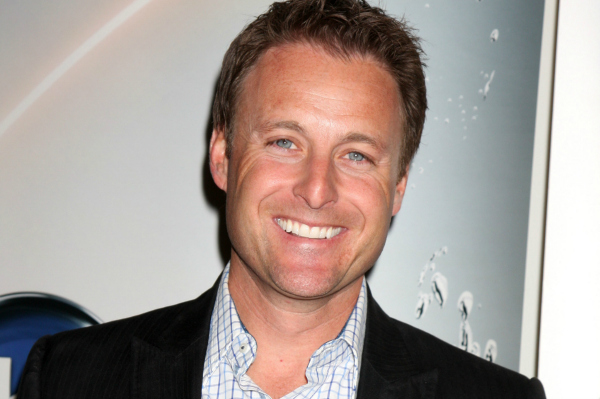 For nearly 13 years, Chris Harrison has been charming fans (and contestants) as the host of the reality TV monolith The Bachelor and its many incarnations.

But, hey, the guy’s handsome, he’s sweet, he’s sincere, he’s smart… and he’s single. So what’s holding him back from becoming the next suitor handing out roses to beautiful women eager to earn his affection? Could he, in fact, be the next man looking for love on the wildly popular show?

“I help produce the show —  it’s been my baby for 12 seasons going on 13 years  — so to all of a sudden be on it as a contestant, I don’t even know if I could ever wrap my brain around it,” he revealed. “I don’t think I could look at it as the romantic journey it needs to be… I wouldn’t come on here like Andi [Dorfman] or Sean [Lowe] and say, ‘OK, I’m giving myself up to this process. I’m hoping to find love!’ Me? I know what I would be doing: producing the show. Moving people around and creating scenes.”

For Harrison, shifting gears from producer and host to contestant and eligible suitor would admittedly be a difficult transition. Still, he doesn’t exactly rule out the possibility.

But despite the potential ratings spike that would provide, Harrison reiterates that he simply wouldn’t make the best suitor. And that much we understand. If we learned anything from the tumultuous last season with Juan Pablo Galavis up for grabs, it’s that not everyone is cut out for being the bachelor.

“What I noticed very early on was that he was having trouble fitting into the position of being the bachelor, which means you really have to embrace the process and really let go for it to work,” Harrison elaborated about Galavis, whom he calls “a bit controlling”.

Of course, after so many seasons hosting the show, Harrison no longer stands idly by when he feels contestants are getting off on the wrong foot. Throughout Galavis’ season, the host tried to step in and have heart-to-heart conversations with the bachelor.

“I could just tell we never really saw eye-to-eye on what we were discussing,” Harrison told us. “I don’t know if that was the cultural difference — I think that had a large part to do with it, a language barrier — but he never seemed to understand my point-of-view, nor did he take it in.”

Although Galavis clearly had “a tough time assimilating,” much like Harrison asserts he would himself if he appeared on the show, there are obviously those who are much better equipped to dole out roses.

One such example? The upcoming star of The Bachelorette, Andi Dorfman.

“She’s great… and a breath of fresh air for us. She’s been really good about coming into this with sincerity and really has opened herself up to this,” Harrison said. “She even told me right away, ‘I realize this could lead to me being hurt and that’s a fear of mine, but if I’m going to do this, I’m going to do it right and we’re going to go for it.’ And I really respect that.”

And after more than a decade doing this, Harrison knows a thing or two about making a good first impression.

He explained, “We’ve seen probably thousands now on our show, and the classic mistakes are people just making the moment even bigger and crazier than it already is. Whether it’s on TV or in a bar by yourself meeting someone, you’re nervous — it’s a pressure-packed moment, so that’s not really the time to try something crazy and try something you’ve never done before.”

It makes sense, then, that Harrison was receptive when the American Academy of Periodontology approached him about teaming up for the “Love the Gums You’re With” campaign.

“I see this all the time — how much impact that first impression makes —and a lot of it has to do with our mouth and our teeth and our smile, and from that comes our confidence and how we feel about ourselves. And it really is a big deal, because one in two adults over the age of 30 suffer from gum disease, and it’s unbelievable that’s a statistic out there, but that’s how prevalent it is.”

Gum disease, Harrison notes, can cause problems ranging from bad breath to diabetes and heart disease. Fortunately, keeping your smile healthy and first impression worthy is as simple as “brushing correctly twice a day, flossing and then seeing your dentist twice a year”.

Of course, being drawn to a person’s smile is much more than a superficial indicator of attraction, declares Harrison, who’ll be resuming his hosting duties on May 19 when The Bachelorette premieres (not to mention the new summer series, Bachelor in Paradise).

“It doesn’t mean you’re looking for a supermodel… it just means you’re looking for that one thing that clicks in your brain. Whatever does it for you may not do it for me, but definitely that smile… it says something about a person.”

And Harrison should know… his is fantastic.