Jessica Alba is the proud mama of Honor and Haven, but the actress has another baby she’s tending to these days as well: The Honest Company. The stunning star talks about how everything from toxins to trust play a part in living an “honest” life.

Ask nearly any parent and they’ll tell you the same — before they started their own family, mothers and fathers (and sometimes grandparents) often issued a simple declaration: Children change everything. And while it’s easy to brush those words off as a cliché before welcoming your little ones, it’s a lot harder to discount it once they arrive.

Actress Jessica Alba came to realize the truth in that old cliché in 2007. “I really never paid attention to products or labels or ingredients or anything until I was pregnant with my first daughter, Honor,” our June Girl Crush told us. It was then, she explained, that she first became cognizant of the environment and how it could affect her baby’s health.

“It really didn’t matter to me at all prior to that,” she laughed. “You just don’t even think about it. It’s the first time you have to be responsible for someone other than yourself, and this little person’s health and well-being is completely and totally in your hands.”

Naturally, Alba wanted to bring her baby into the healthiest, safest environment possible. However, when she began researching products in line with that notion, she found it frustrating.

“It was quite challenging, because when you do research — even just a little bit of research — you find out that there are a lot of untested and potentially harmful chemicals that have been linked from everything to childhood cancers to learning disabilities.”

Not content to settle with products that would be potentially unsafe for her family, Alba hatched the idea to develop a company that parents could really trust — “one honest source.”

So the resourceful star went to work and, in 2012, she and business partner Chris Gavigan launched The Honest Company, a collection of nontoxic household goods, body care and baby products. 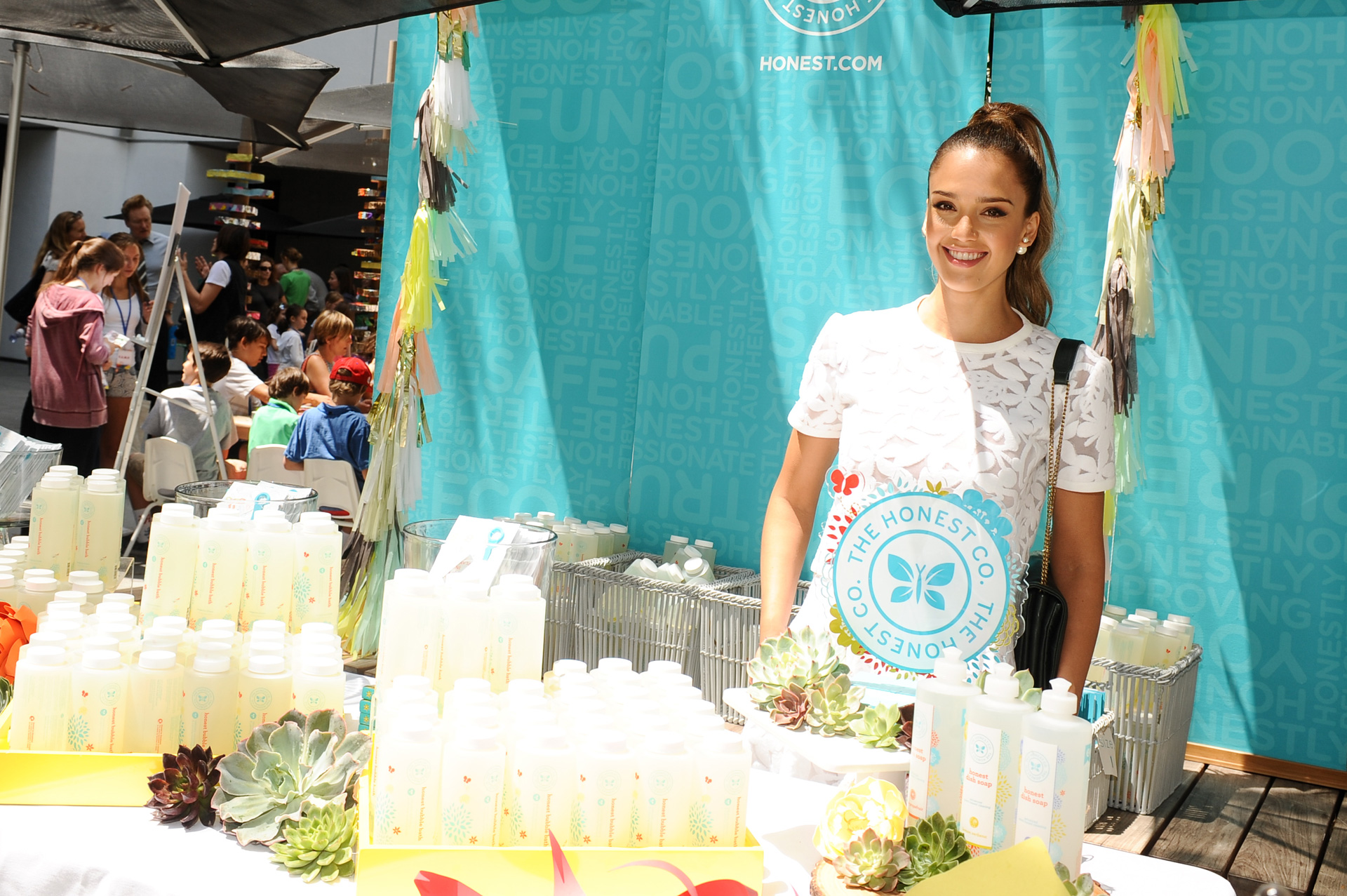 The company, which now has more than 80 products, wasn’t without a little resistance in the beginning, though. When Alba first began talking to friends and family about the idea, she routinely got the same response. “They’re like, ‘But it’s too expensive. Like, it’s great that you’re giving me all that information, but I can’t afford that,'” she revealed.

And never one to be dishonest, Alba admits there’s truth in that argument. “At the end of the day, it isn’t the cheapest… it isn’t,” she said. “But if you can figure out how to budget your life, it can also not be the most expensive.”

It’s also one of the reasons Alba was so passionate about creating The Honest Company. “We provide affordable products, just to fulfill exactly that need. It shouldn’t be expensive. It shouldn’t be a privilege to have the safest and healthiest cleaning products and skin care products and nutritional products in your home,” she asserted.

The struggle is one that Alba understands as a mother, yes, but also as a daughter — she was in and out of hospitals as a child due to ailments ranging from pneumonia to kidney issues.

“My parents, you know, they did the best they could, but they had no idea that certain products they were using could potentially be harmful,” she revealed. “They trusted that if you get it down the street at the grocery store that it’s safe, and they figure that if it can be sold to me, then it’s safe. And unfortunately that’s just not the case.”

As such, Alba also uses The Honest Company to help those who may otherwise not have access to her products. “To date, we’ve donated 534,000 products,” she told us. “We’ve served 49,000 families, which means that they’ve gotten a minimum of five products each. We have donated over 1,000 employee hours, and we do programs… everything from running a triathlon for children’s hospitals to a one-for-one — for every Honest crib that’s purchased, we give away a crib to a child in need.”

The Honest Company partners with more than 100 nonprofits to help children and families in need.

Alba is equally committed to making sure the needs of her customers are met, and she believes the key lies in listening. “A lot of our innovation and our expansion in our product suite comes from our customers,” she said. “We answer up to 6,000 calls a day sometimes, and we have our ear to the ground with what moms want and what they need — and dads and grandmas and grandpas and everyone in between.” 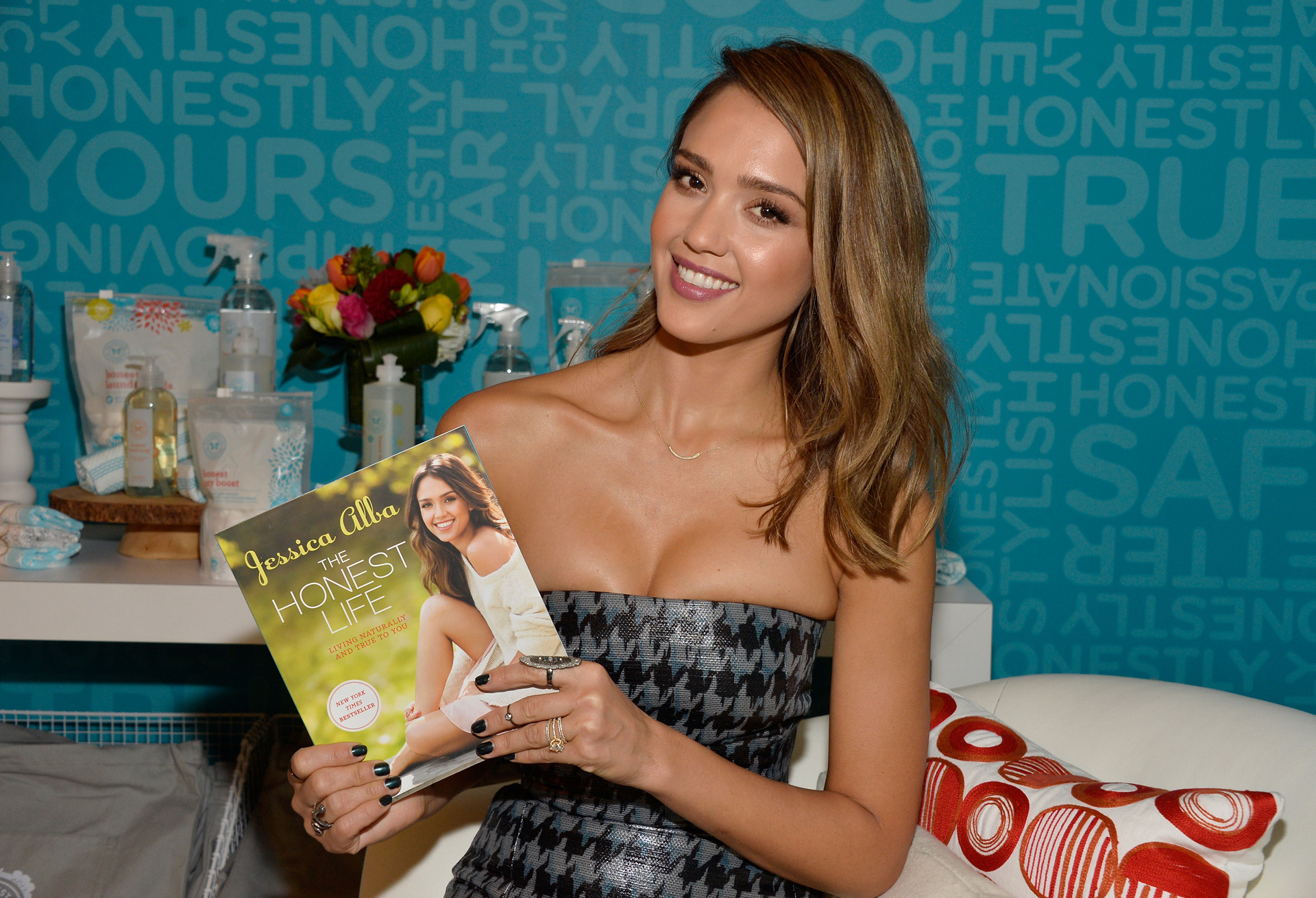 She also believes in being completely honest with her customers, to which effect she penned the book The Honest Life. She then took the principles outlined in her “how-to guide” and applied it to their website in a simply, easy to follow format. Furthermore, every product is labeled with what they’re “honestly free” of. “We’re so transparent,” Alba said. “We really disclose every ingredient.”

The brand will become one step closer to that goal come this summer. Beginning June 15, an assortment of The Honest Company’s non-toxic goods — bubble bath, diapers and more — will be available at Target.

For Alba personally, she has two very special reasons to want to see the big picture realized.