Rich Homie Quan was reportedly on a sizzurp binge days before his double seizures while shooting a music video in Atlanta earlier this week. 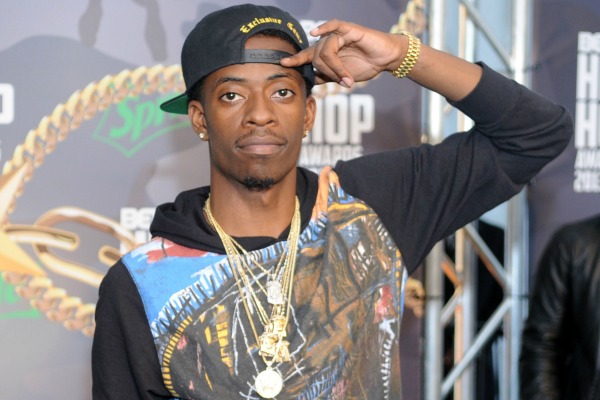 Rich Homie Quan celebrated a career milestone earlier this week when he was announced as one of the inductees of XXL Magazine‘s coveted 2014 freshman class, but suffered a personal low later in the week when he suffered back-to-back seizures. New details surrounding the incident have surfaced and it looks like the rapper was on a sizzurp binge.

TMZ reports that the MC, who was shooting a video with Problem in Atlanta’s Piedmont Park, was on a sizzurp binge for days and stopped just three days before the shoot. Unfortunately, the drug is said to stay in your body’s system up to four days afterwards. Sources tell the outlet that the rapper is no stranger to the drug and apparently a heavy abuser. During the incident, Rich Homie Quan fell to the ground, smashed his head and was rushed to an Atlanta hospital.

News of the sizzurp binge is a new detail that counters a statement that Quan’s label rep released to MTV News after the initial report. In the statement, the rep says the rapper actually suffered from heat exhaustion.

“On one of the hottest days of the year in Atlanta, Georgia, rapper Rich Homie Quan experienced heat exhaustion during the filming of his upcoming video ‘Walk-Thru,’ causing him to initially faint,” the label rep said. “As the rapper came to, the episode spiraled into a brief seizure. LA-based rapper Problem along with concerned fans all witnessed paramedics take Rich Homie Quan to the hospital. He is good and recovering.”

Rich Homie Quan, who is set to take the Lollapalooza stage later this year, took to Twitter after his accident to thank all his fans for the support and well wishes.

Rich Homie Quan isn’t the only rapper with a sizzurp history. Back in 2013, Lil Wayne alarmed fans when he reportedly suffered from a codeine overdose and went on a sizzurp binge.