NBA star Kevin Durant was just named league MVP, but instead of taking the glory himself, he passed it to his own life’s MVP: His mother. 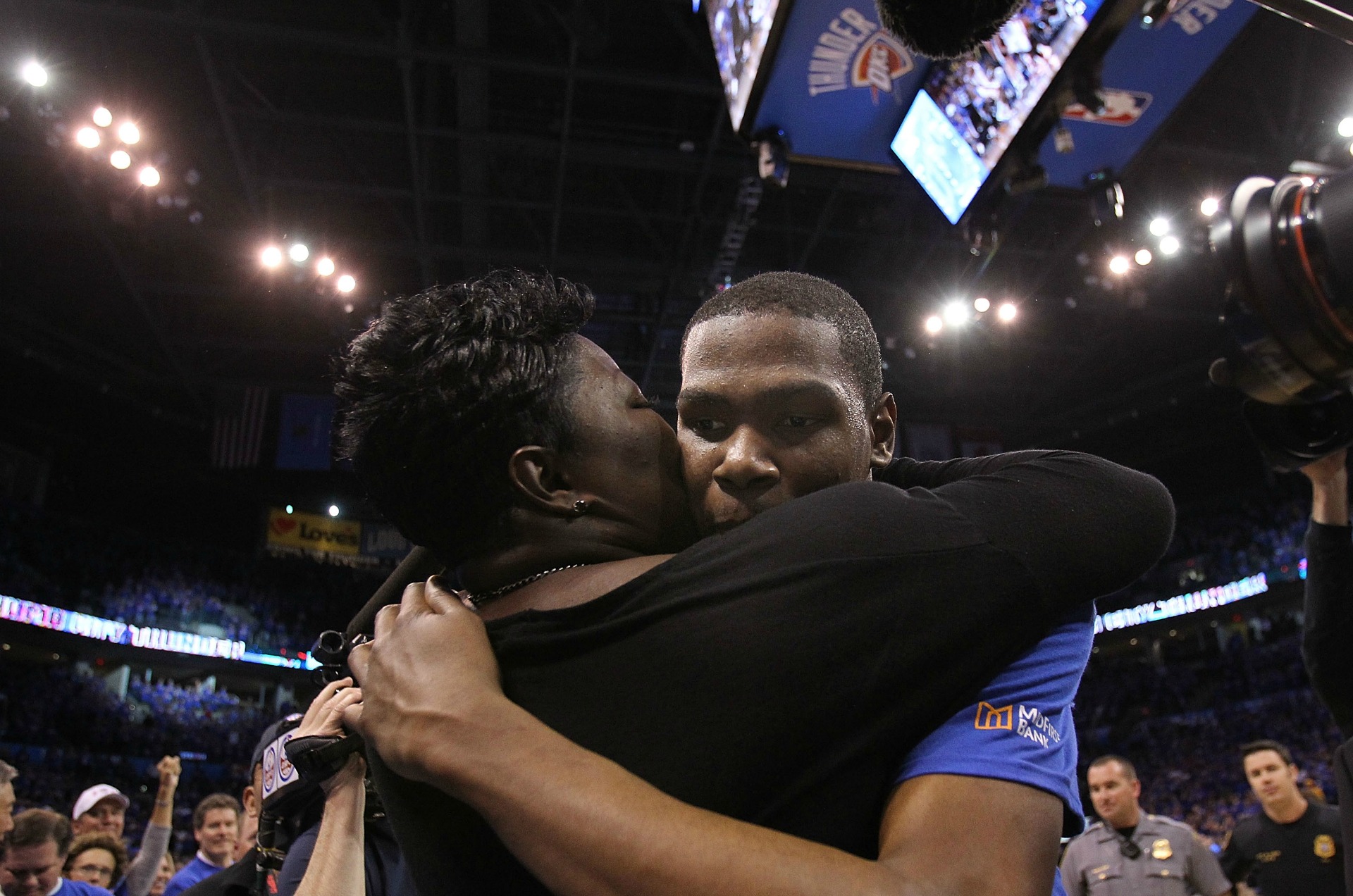 Oklahoma City Thunder star Kevin Durant is an incredible basketball player, and as it turns out, he’s an even better son.

Durant gave a tearjerker of a speech while accepting the 2013-14 NBA Most Valuable Player award, including thanking his teammates, his coaches, the team staff — down to the janitor, his friends and family, all by name. But the most emotional part of his gratitude session was the heart-wrenching description of his hard-knock childhood and the woman who pulled his family out of poverty to make sure her children’s dreams came true.

Michael Phelps is dipping his toes back into Olympic waters >>

“The odds were stacked against us,” Durant explained. “Single parent with two boys by the time you were 21 years old. Everybody told us we weren’t supposed to be here. We moved from apartment to apartment by ourselves. One of the best memories I had was when we moved into our first apartment. No bed, no furniture, and we just all sat in the living room room and just hugged each other. We thought we’d made it.”

“We weren’t supposed to be here. You made us believe. You kept us off the street. You put clothes on our backs. Food on the table. When you didn’t eat, you made sure we ate. You went to sleep hungry. You sacrificed for us. You’re the real M.V.P.”

Durant also posted his excitement over the best day of his life on Instagram.