George Clooney’s engagement came at a weird time since his ex-girlfriend had just married. But it looks like Stacy Keibler is over their relationship and moving on with her life. 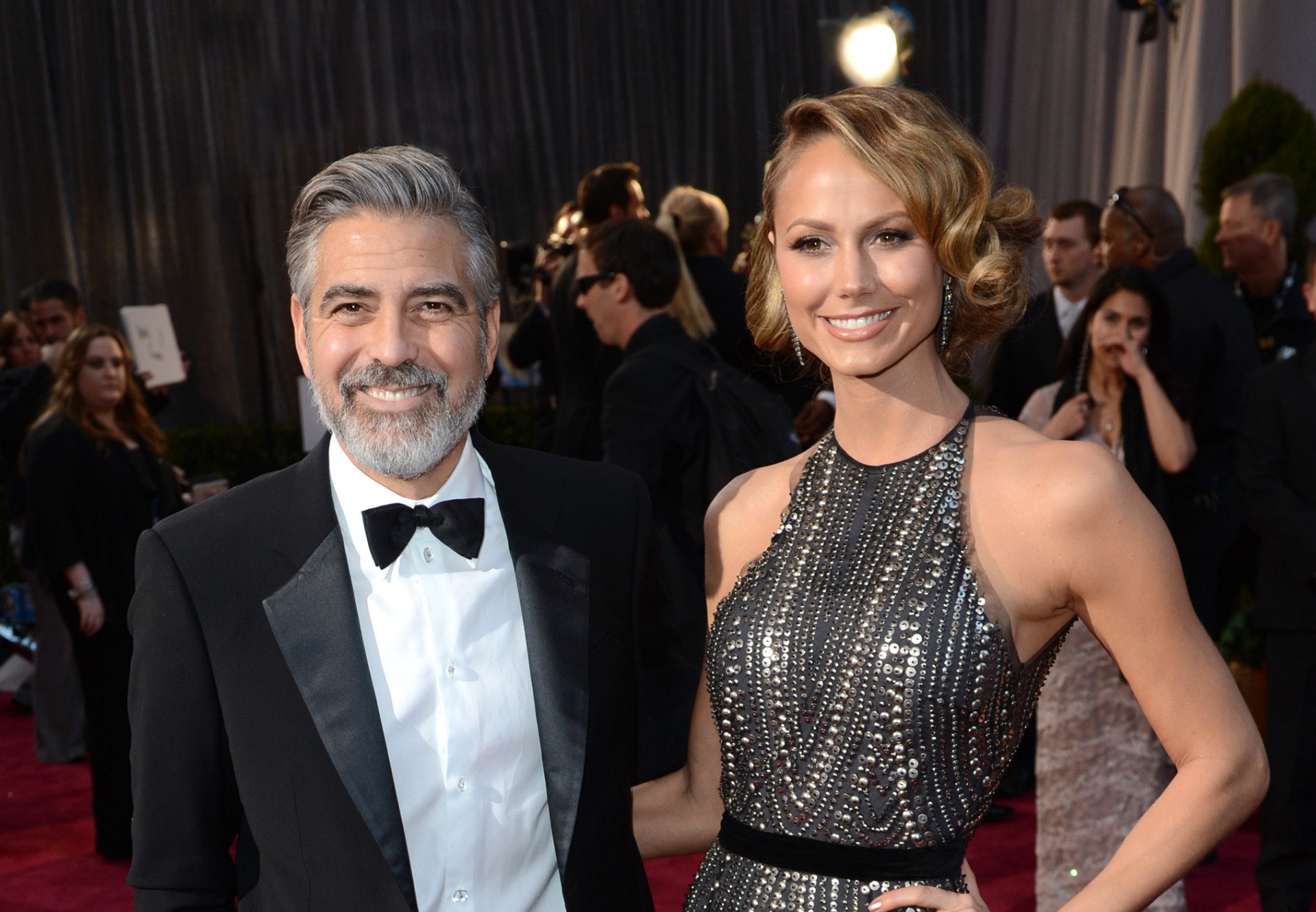 Stacy Keibler and George Clooney just couldn’t make it work, and both have moved on to bigger and better things. Stacy Keibler announced her surprise wedding (and even more surprising pregnancy), just months before lifelong bachelor George Clooney popped the question to fiancée Amal Alamuddin. And it looks like Keibler is happy Clooney has finally found his bride-to-be.

“She wishes nothing but happiness for anyone she’s dated, including George,” a source told E! News.

Keibler and Clooney were together, on and off, for years, and when they finally broke up, it was reportedly because Keibler wanted to get married and have kids. There has been talk that Keibler was “irked” when Clooney finally got engaged.

“When George and Stacy got together, he told her she would be the one he’d marry — and that they could have kids,” a source told Us Weekly.

But it looks like Keibler and Clooney’s breakup was meant to be, because Keibler is now happily married and expecting her first child, “and they’re beyond excited and happy”, a source told E! News.

Keibler and Jared Pobre were married back in March while on vacation in Mexico. A source said she is “focused on her life with Jared [Pobre] and enjoying her pregnancy”.

As for Clooney, he seems to be looking forward to finally ending his bachelor ways — and his family and friends couldn’t be happier.

“We are very pleased,” Clooney’s father Nick Clooney told E! News. “We like Amal and we are very excited for our family and thrilled for them. They are both wonderful people and we hope they have a terrific life ahead of them. This is their day. This is George and Amal’s time.”

Ocean’s 12 co-star Julia Roberts also commented on the engagement, telling Ellen DeGeneres, “I think it’s sublime. She is beautiful and smart, and he is happy and that’s what matters to me”.