Miley Cyrus is out of the hospital and back on tour, and she kicked off her European leg in a big way. 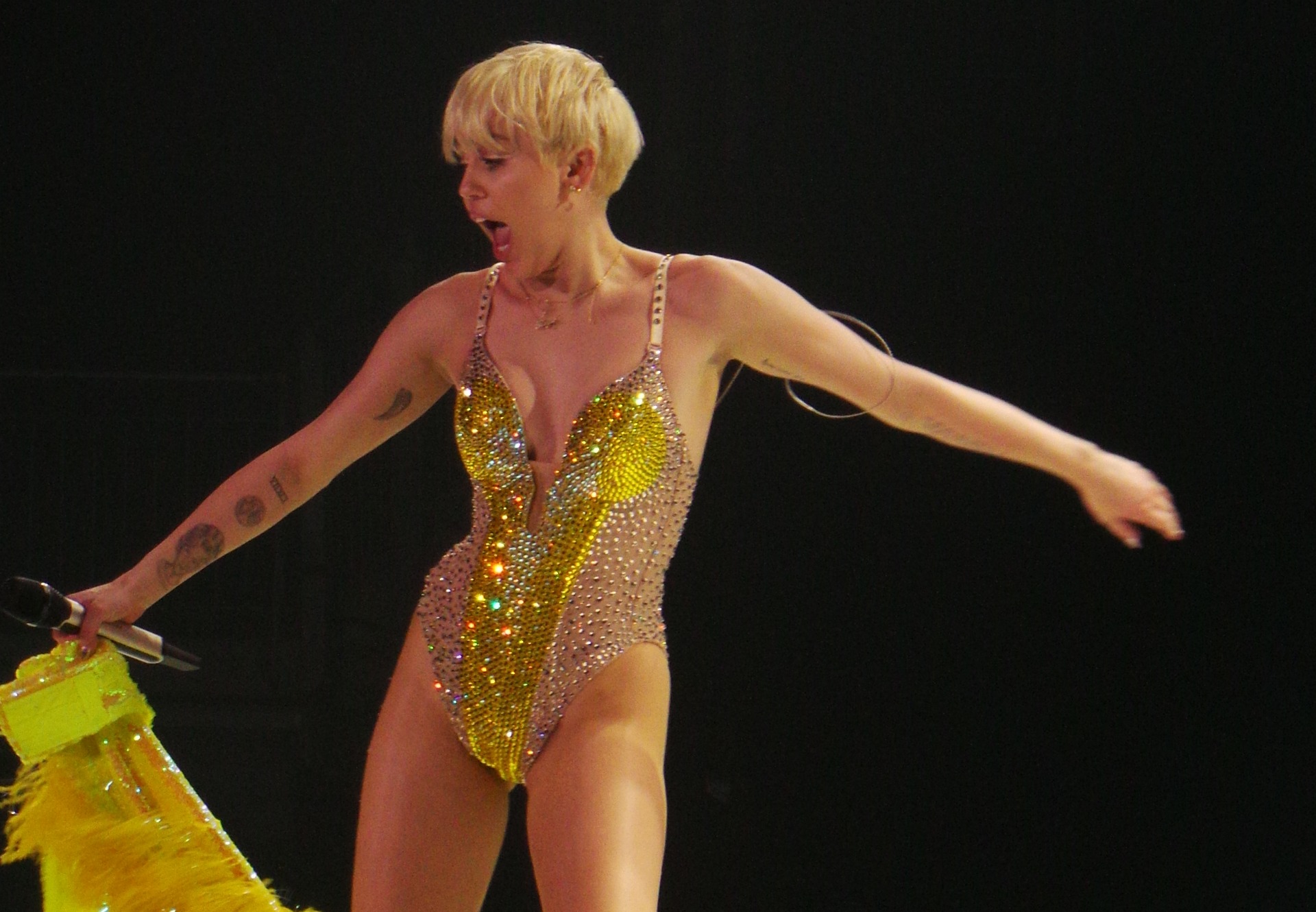 Miley Cyrus is back. After nearly a month off her Bangerz tour to recover from an allergic reaction, the singer re-kicked off her tour Tuesday night, May 6, in London, and she got there in style. Cyrus arrived on a boat to the 02 Arena, and did what she does best — bring shock and awe to the crowd.

The singer showed up in a Union Jack leotard, similar to one worn by Ginger Spice during the Spice Girls’ heyday (only more revealing, which is apparently possible). Cyrus marked her return with an Instagram picture, along with the caption, “but first…. #letmetakeaselfie #bangerztourselfie”

Plenty of famous faces were in the crowd for her U.K. Bangerz debut, including Lily Allen, who tweeted about the show.

Allen was at the Met Gala on Monday night, and it looks like she went straight from the airport to the 02 Arena.

Prior to this show, Cyrus promised she doesn’t drink or do drugs before a show. “I’m probably the only one on this tour who doesn’t drink or smoke before a show, as I take this really seriously. It’s almost like being an athlete being up here, because if someone was f***ed up, they definitely couldn’t do my show,” she said. But it sounds like her return to tour was full of drugs — or at least the perception of drugs.

“She got loads of people of the same sex to snog in the audience and put them on camera on a giant screen and made a speech about how we should all just ‘be ourselves,'” a source told The Daily Mail. “She said she ‘hopes we are all drunk and on loads of pills.'”

Cyrus’ set also included numerous references to pot leaves. But it looks like she is back in full force, and will continue her Bangerz tour across Europe until mid-June.