She hasn’t confirmed the news, but it looks like P!nk is the latest celebrity in Hollywood to sport a baby bump. 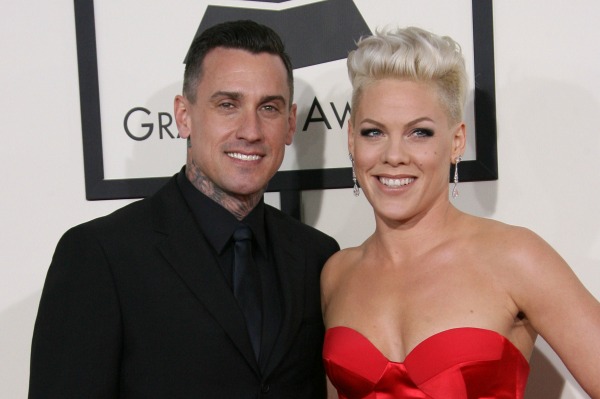 P!nk is ready to expand her brood. According to The Daily Mail, the singer is pregnant with her second child with husband Carey Hart.

A source told the U.K. site, “It’s the perfect time for another one.”

P!nk: Being called a lesbian is a compliment >>

The “Try” singer was also spotted jogging around LA with what looked to be a baby bump on May 1. Pink normally shows off her six-pack abs, but this time she was more covered up than usual as she exercised.

Even a recent shopping trip to New York City pointed to clues that P!nk is expecting. A witness saw the couple poking around the clothing store Y-3 while showing a little PDA.

The insider said, “They were cuddling and he kept rubbing her tummy. She was quick to move his hand away in case anyone saw. But it was pretty obvious.”

The 34-year-old pop star and her 39-year-old hubby are already parents to daughter Willow, 2 1/2. They have been wanting to have more kids, so it looks like now is the time.

VIDEO: Ashley Hebert “thrilled” to find out the sex of her baby >>

In a December Billboard magazine interview she explained, “My brother is everything to me. So I want [Willow] to have family beyond her papa and me. For that reason, I mostly want another one for her to have a lifelong friend.”

P!nk knows motherhood was also a game-changer for her. She said, “She just changed everything. I didn’t used to think about ever stopping. And now I’m like, ‘I can’t wait to find her school. What’s she going to be like when she’s eight?'”

P!nk’s rep refused to confirm the news with The Daily Mail, but it looks like Hollywood’s latest baby-bump watch is officially on.