Melissa McCarthy continues her reign as the new Queen of Comedy in this road-trip movie co-starring Susan Sarandon as her sassy grandmother. 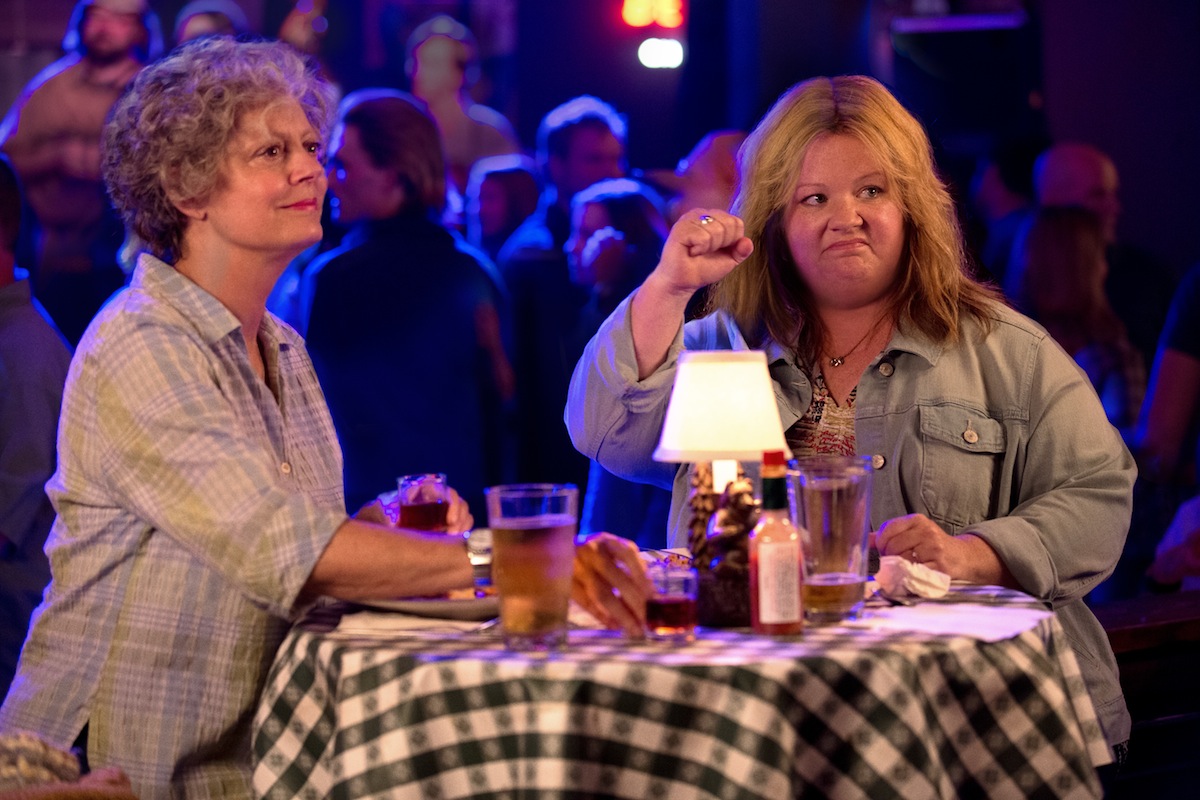 Can we get some Melissa McCarthy fan-club badges made? The hilarious comedienne has a new film coming out just in time for the 4th of July weekend and it looks like it’s going to be another laugh riot.

We are so down to celebrate our independence with McCarthy and the other A-list actresses bringing this to the big screen that we can hardly wait.

McCarthy stars as Tammy, a down-on-her-luck fast food worker who’s had just about the worst day of her life. In less than 24 hours she’s totaled her car, gotten fired from her job, and discovered her husband is cheating on her with her neighbor.

Melissa McCarthy fires extra for roughing up a child >>

So of course Tammy decides the best course of action is to leave town as soon as possible! With her car totaled, this means getting her tipsy Grandma Pearl, played by Susan Sarandon, to let Tammy borrow her car. Tammy persuades Pearl to let her use her car under the guise of taking a road trip together to Niagara Falls.

What follows looks to be an outrageous road-trip full of misadventures, hilarious quips from her alcoholic grandmother, and an epic burger joint robbery pulled off in classic McCarthy style.

And for anyone who’s still holding out on ordering their “Melissa McCarthy Rules” fan-club badge, Tammy also marks the actress’s first writing credit. The actress co-wrote the film with husband, Ben Falcone, after he came up with the premise in a dream.

Seriously, how much fun must the McCarthy/Falcone household be?