Willow Smith raised eyebrows when she was snapped in bed with a shirtless Moises Arias, who is seven years older than her. 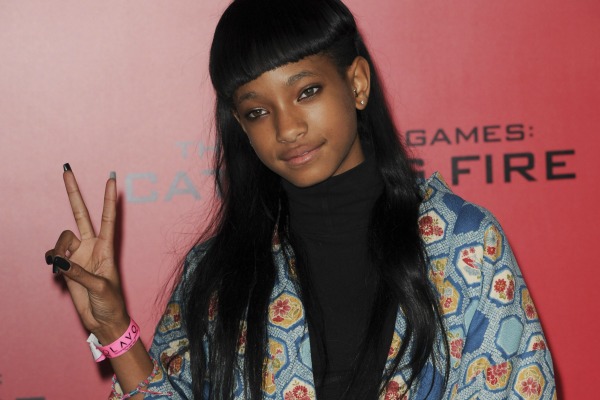 Willow Smith may be growing up right in front of our computer screens just a tad too fast. On Tuesday, May 6, the famed daughter of Will and Jada Pinkett Smith made headlines when she was snapped in bed with a shirtless Moises Arias, former star of Disney’s Hannah Montana. The only problem is Arias is seven years older than the young teen.

CPS is all over Willow Smith & family for creepy photo >>

In the black-and-white photo, which was posted on Arias’ Tumblr and Instagram accounts before being deleted and reposted by fan accounts, Smith is seen lying down in a top and jeans in bed as a shirtless Arias sits up next to her. However, it does not appear that either is touching the other. While some perceived the shots as purely innocent, others have raised eyebrows simply due to their age difference. Arias recently left his teen years behind when he celebrated his 20th birthday in April.

Willow’s friendship with Arias isn’t too surprising, as they’ve been previously spotted out and about for some time now. Arias is also friends with Willow’s older brother Jaden, Kendall Jenner and sister Kylie Kardashian. After a quick scroll through Arias’ Tumblr page, it appears that the group had some fun when they visited Coachella last month in Indio, California.

Willow already opened up a bit about being lost in her personal and professional life, which was something that ultimately led to her dropping out of the remake of Annie. In an interview with E! News, the young star said, “I just wanted to chill, and be at home, and decompress, and just find out what I wanna do and where I stand on this planet, with the little tiny place we have.”

What do you think about Willow and Moises’ photo? Is this purely innocent or inappropriate? Sound off in the comments below.