Few things are more fun than spending hours (days even) immersed in beats streaming from giant speakers at a music festival. Here are 12 music festivals you absolutely don’t want to miss out on. 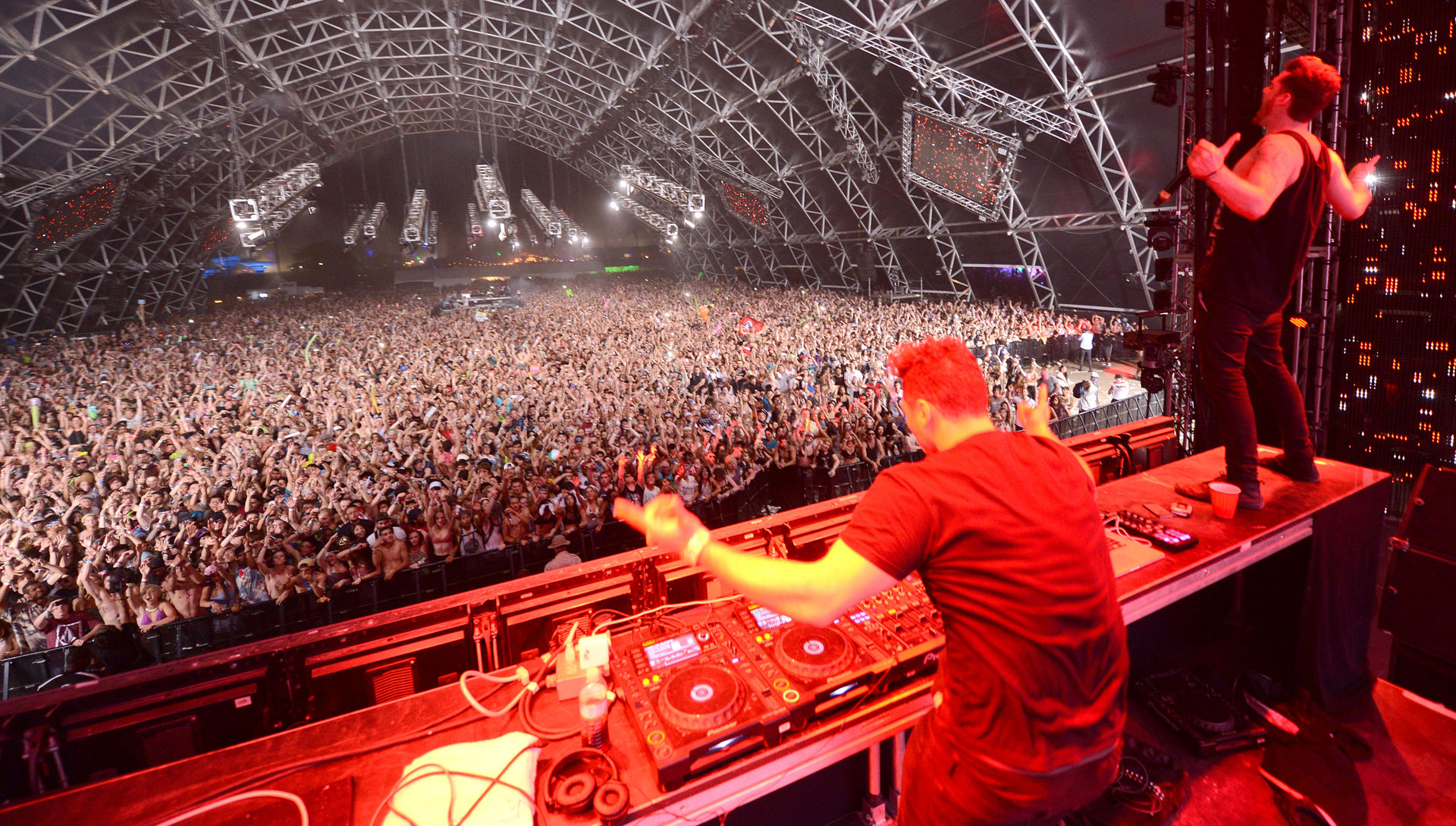 Each April, music fans from all over — many of them the free-spirited celebs — flock to the middle of a desert in Indio, California, for this three-day music and arts festival. Featuring everything from tepees to ferris wheel rides, the eclectic event has a distinctively fun, feel-good vibe. As for the music, trendy headliners like OutKast, Muse and Arcade Fire are huge crowd-pleasers. 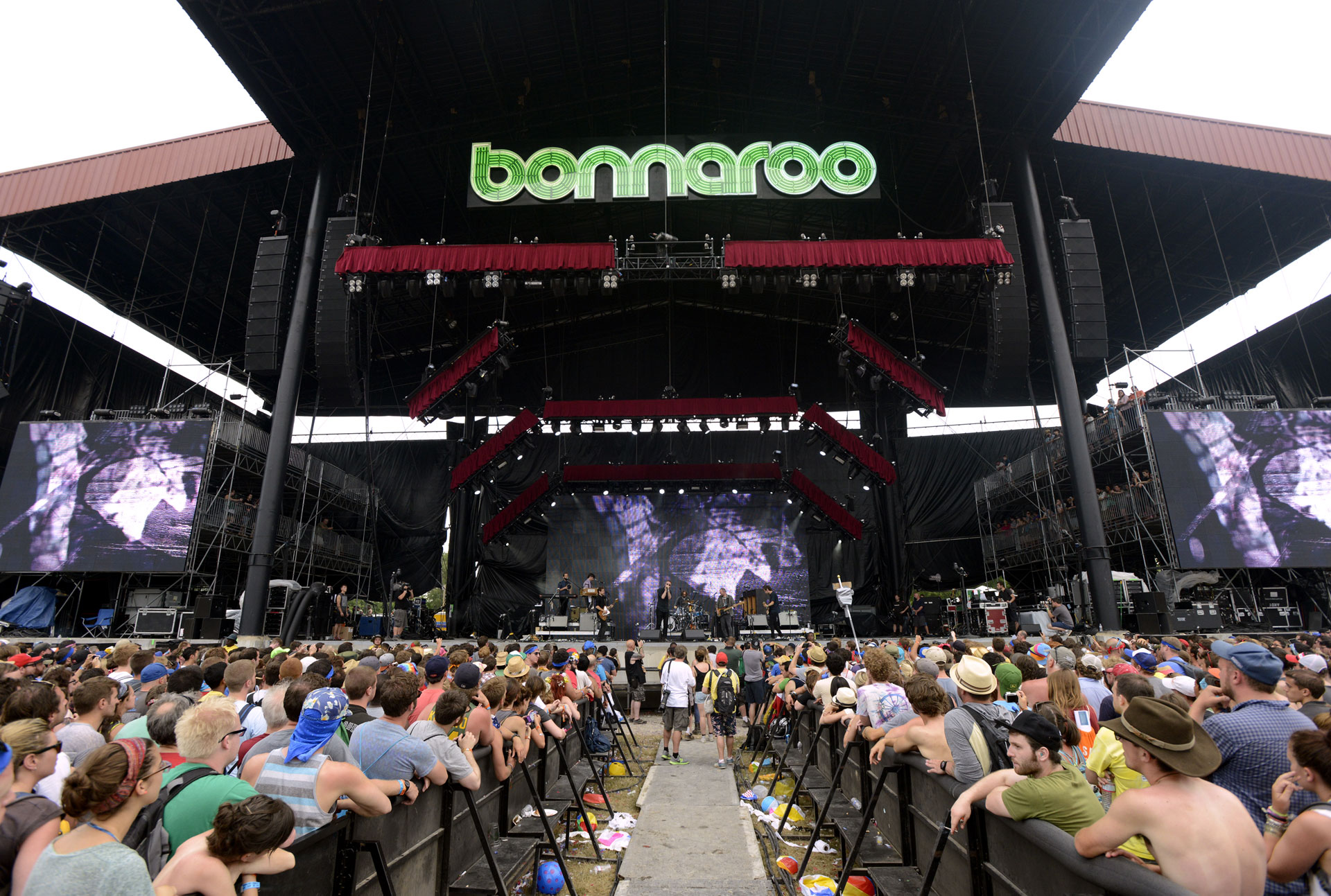 Taking place June 12-15 in Manchester, Tennessee, Bonnaroo is arguably the best-known music festival around when it comes to the true essence of the music festival experience. Deemed the most “hardcore” among the American music festivals, Bonnaroo boasts four days of true camping — in the Tennessee humidity, no less — while listening to top-billing acts like Skrillex, Frank Ocean, The Avett Brothers, Jack White, Elton John (what?), The Flaming Lips and more. 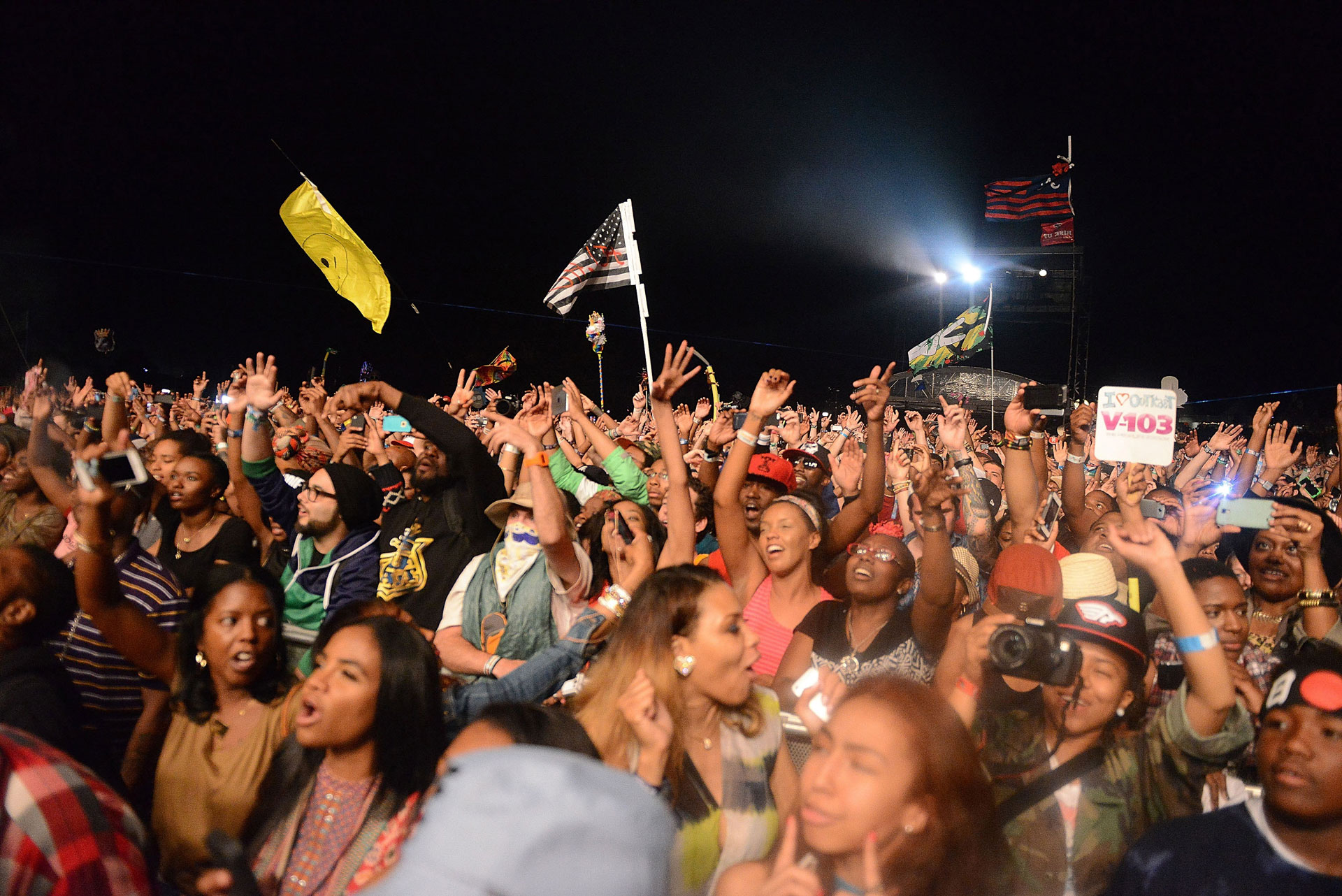 Another southern spring music festival, Georgia-based Counterpoint is a newbie — it kicked off in 2012, took a break in 2013 and came back this year with a vengeance. With headliners like Avicii, Bassnectar, Pretty Lights, J. Cole and Foster the People, this freshman festival tossed its hat in the ring as a contender for one of the top electronic festivals. 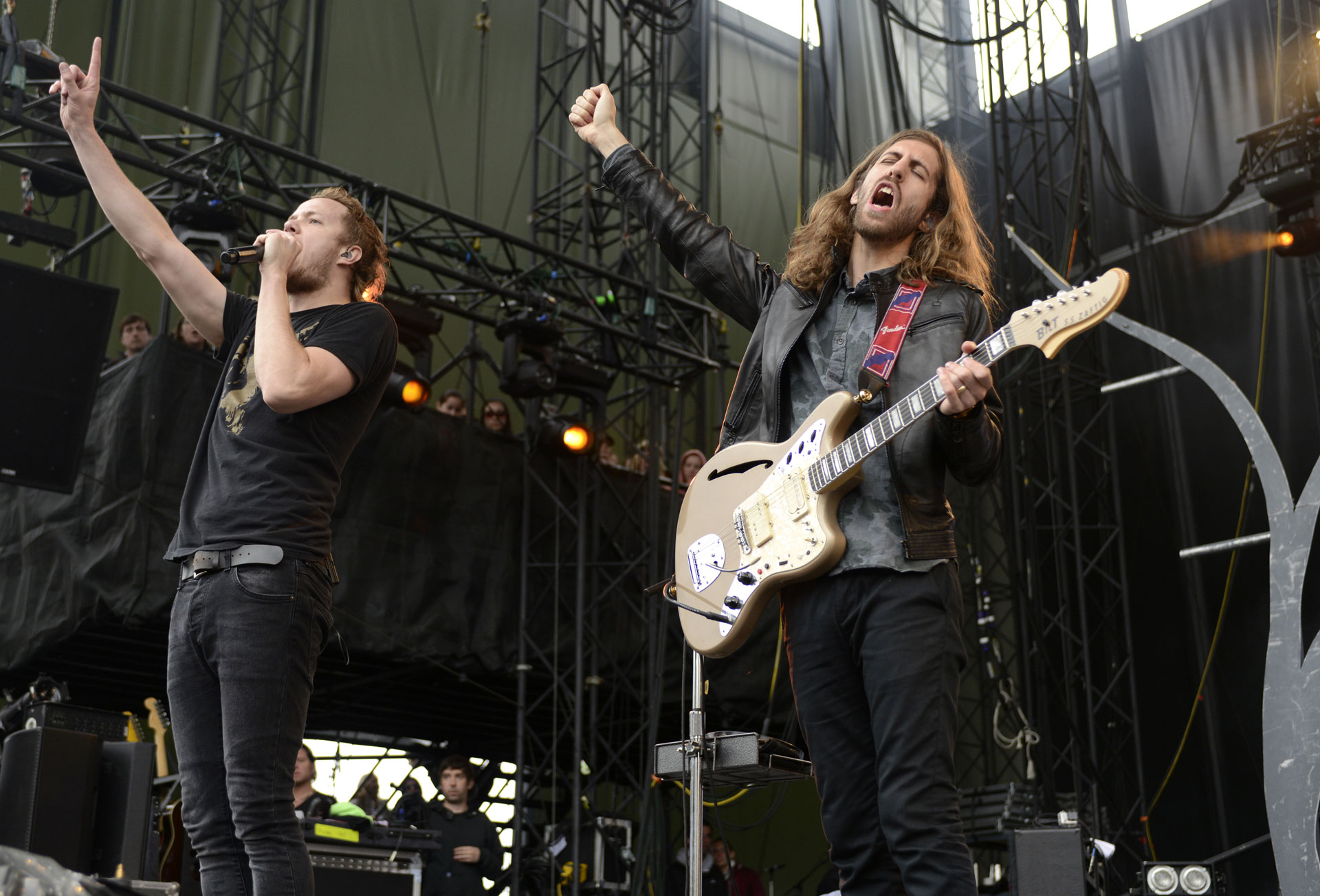 You know a music festival is good when it sells out in an amazing 90 minutes. But, seriously, it’s no wonder. Typically held over two weekends (this year, the second weekend was cancelled), Sasquatch! delivers some of the biggest names in music, like Mumford & Sons and Macklemore, in a picturesque Washington setting during Memorial Day weekend. 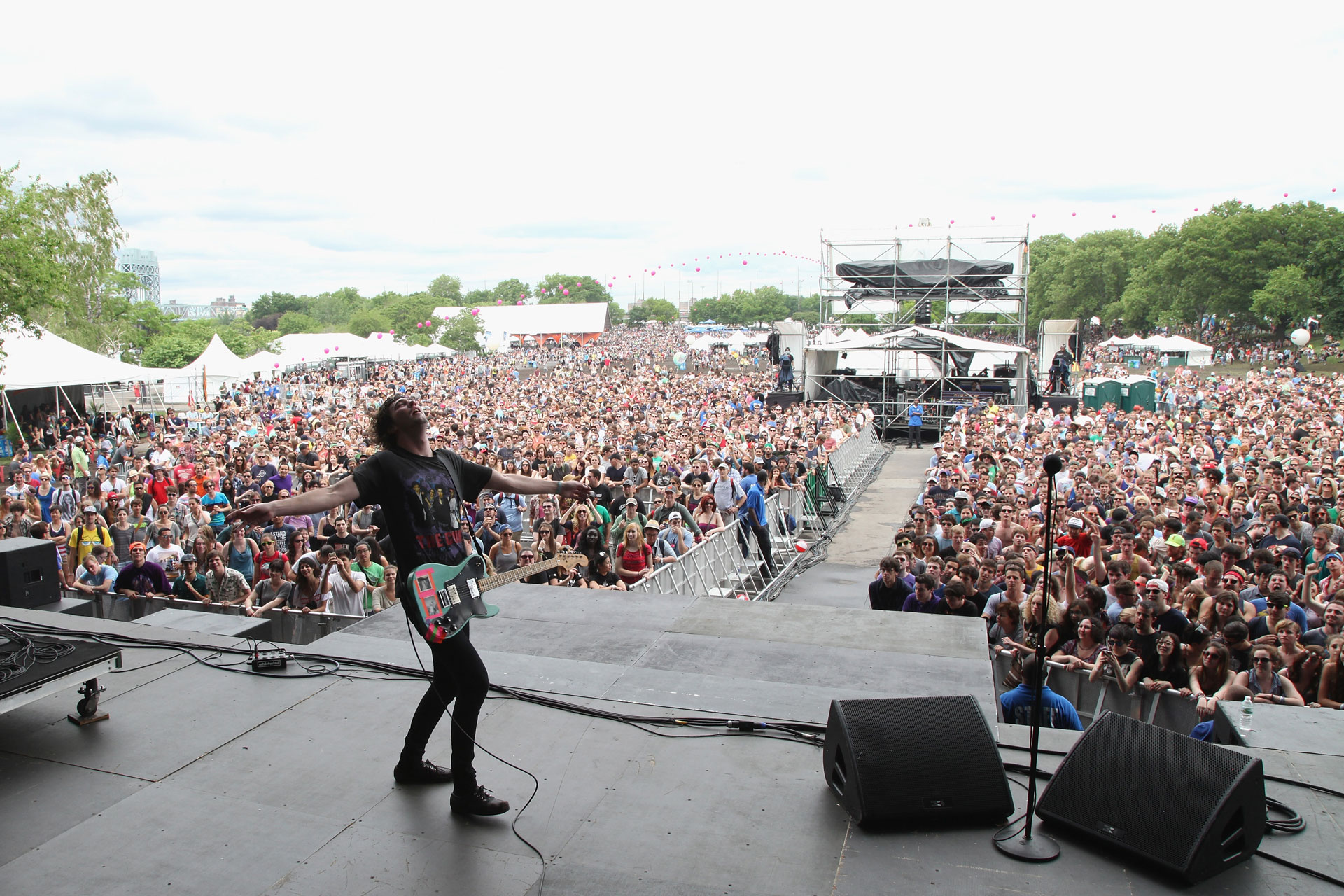 NYC, the summer and killer music… what more could you ask for? This June 6-8, Jack White, The Strokes, Skrillex, Vampire Weekend, Interpol and many more will be playing on Randall’s Island for the Governors Ball. If rocking out in the Big Apple isn’t reason enough to want to go, you should get stoked knowing that this is a ballsy crowd — last year, acts like Kanye West, Guns ‘N’ Roses and Icona Pop (along with the amped-up crowds there to watch them) played right through a tropical storm. 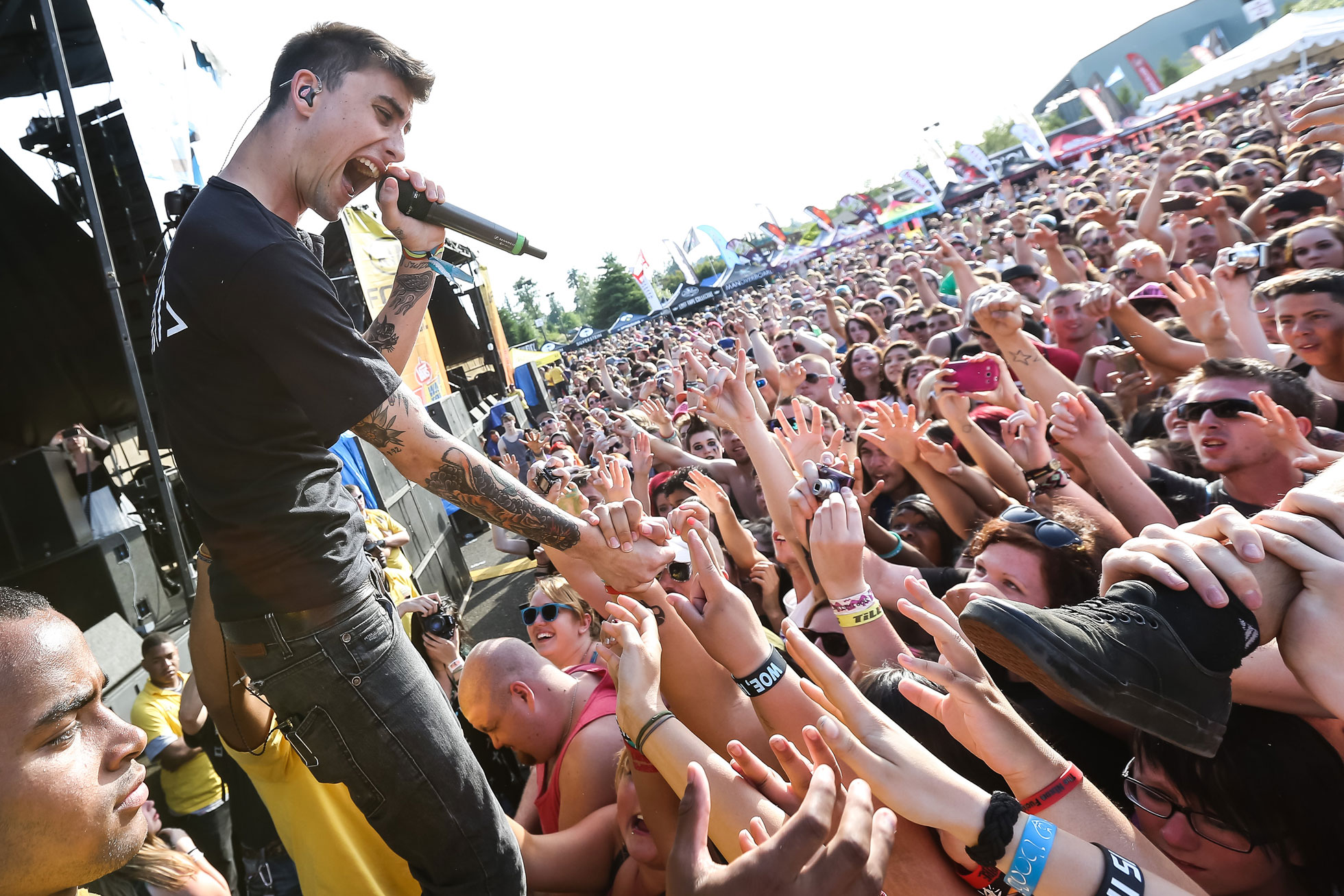 Break out your Vans and get ready to rock, because as of June 3, Warped Tour will be making its 8-week trek across North America. Stopping in 40 cities, this action-filled festival is celebrating its 20th anniversary this year by bringing acts like The Devil Wears Prada, Mayday Parade and Enter Shikari and a ton more to a city near you. 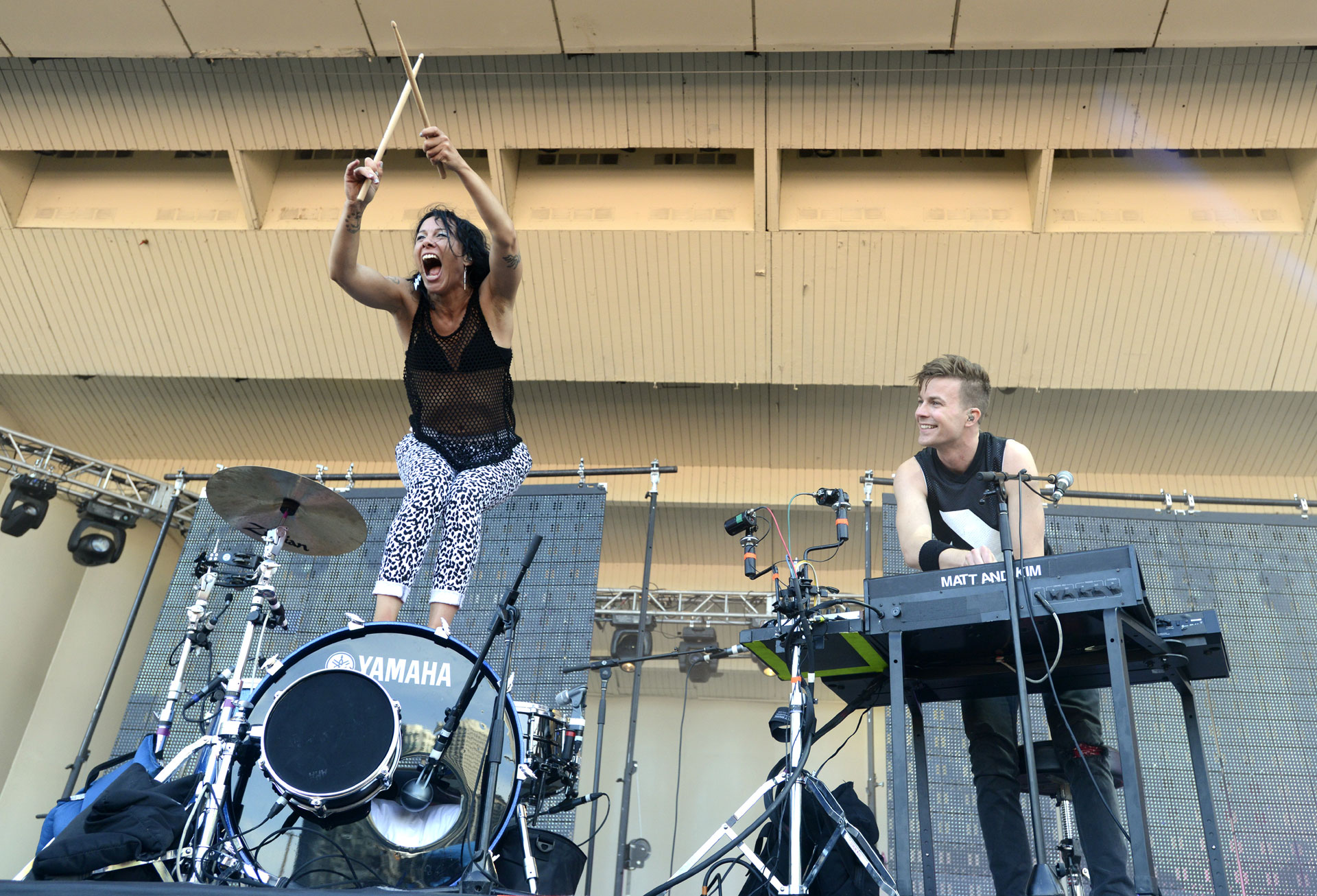 Set for August 1-3 in the Windy City, Lollapalooza is perhaps one of the most widely recognized of the mainstream music festivals. With Chicago as the backdrop, fans have the perk of roaming the city when not watching electric performances by everyone from Eminem to Lorde. 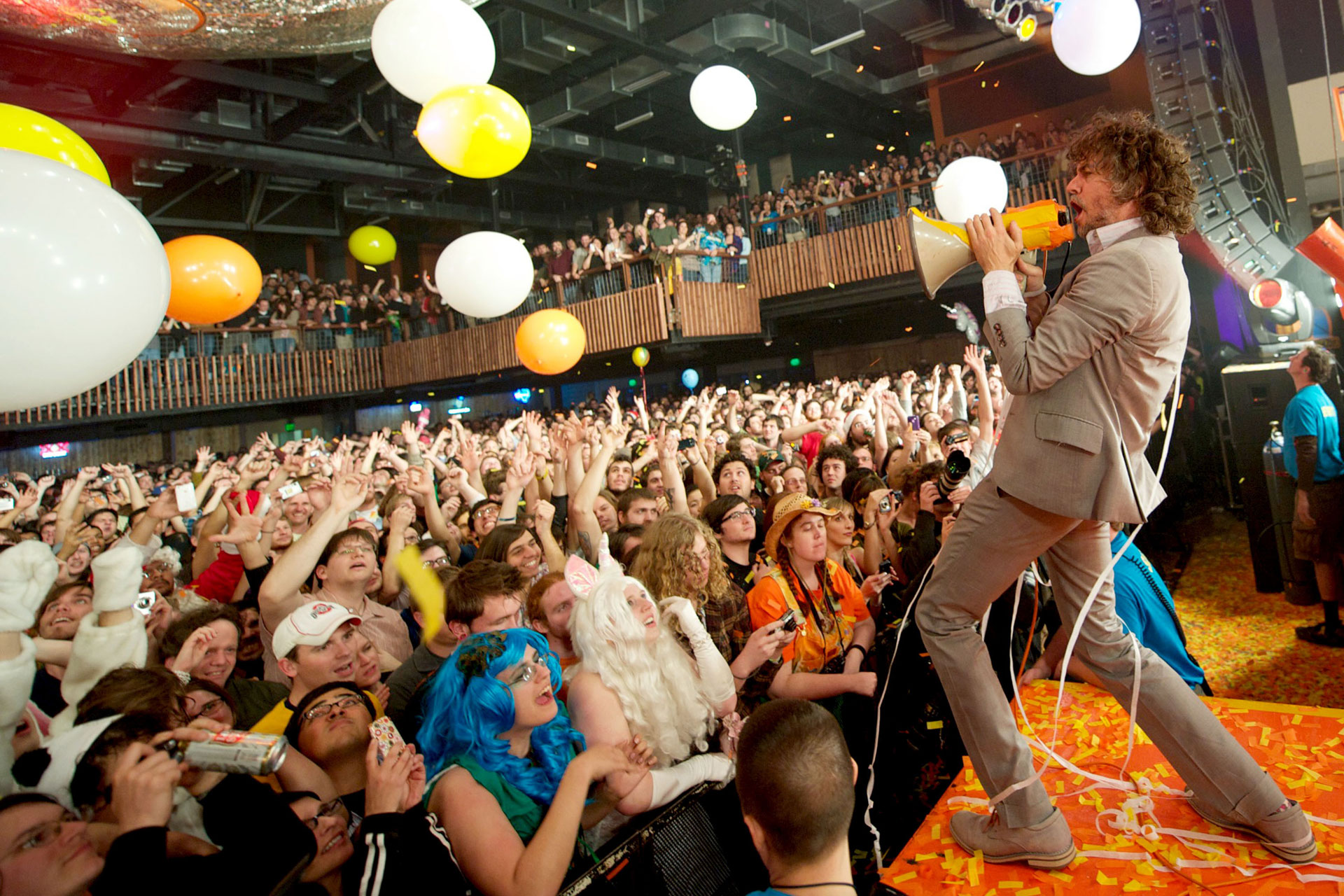 Austin’s flagship music festival, South by Southwest (a.k.a. SXSW) has been garnering just as much attention in recent years as many of the bigger music festivals. With a reputation for being the first to uncover stars on-the-rise, SXSW has a delightfully frenetic vibe — attending the show means venue-hopping like a mad man, but it’s totally worth it to see acts like Big Freedia, Action Bronson, Allen Stone and more. 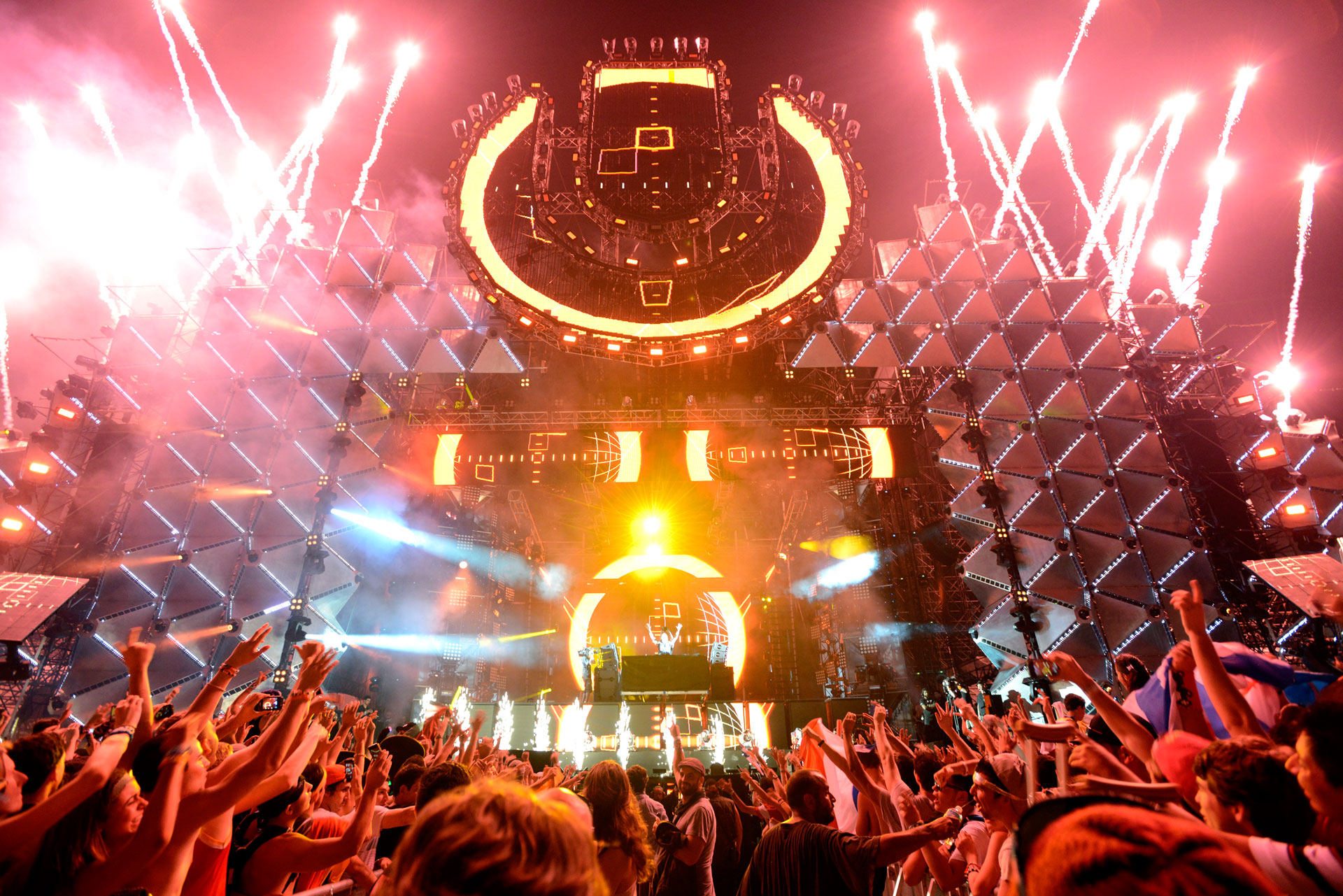 If you’re a fan of EDM (electronic dance music), you’d be doing yourself a major disservice by skipping out on the Ultra Music Festival. This Miami-based shindig is hailed as the premier EDM event of the year, and there isn’t much room for argument — headliners include Afrojack, Avicii, David Guetta, Zedd, Tiesto… the list goes on and on. Seriously. 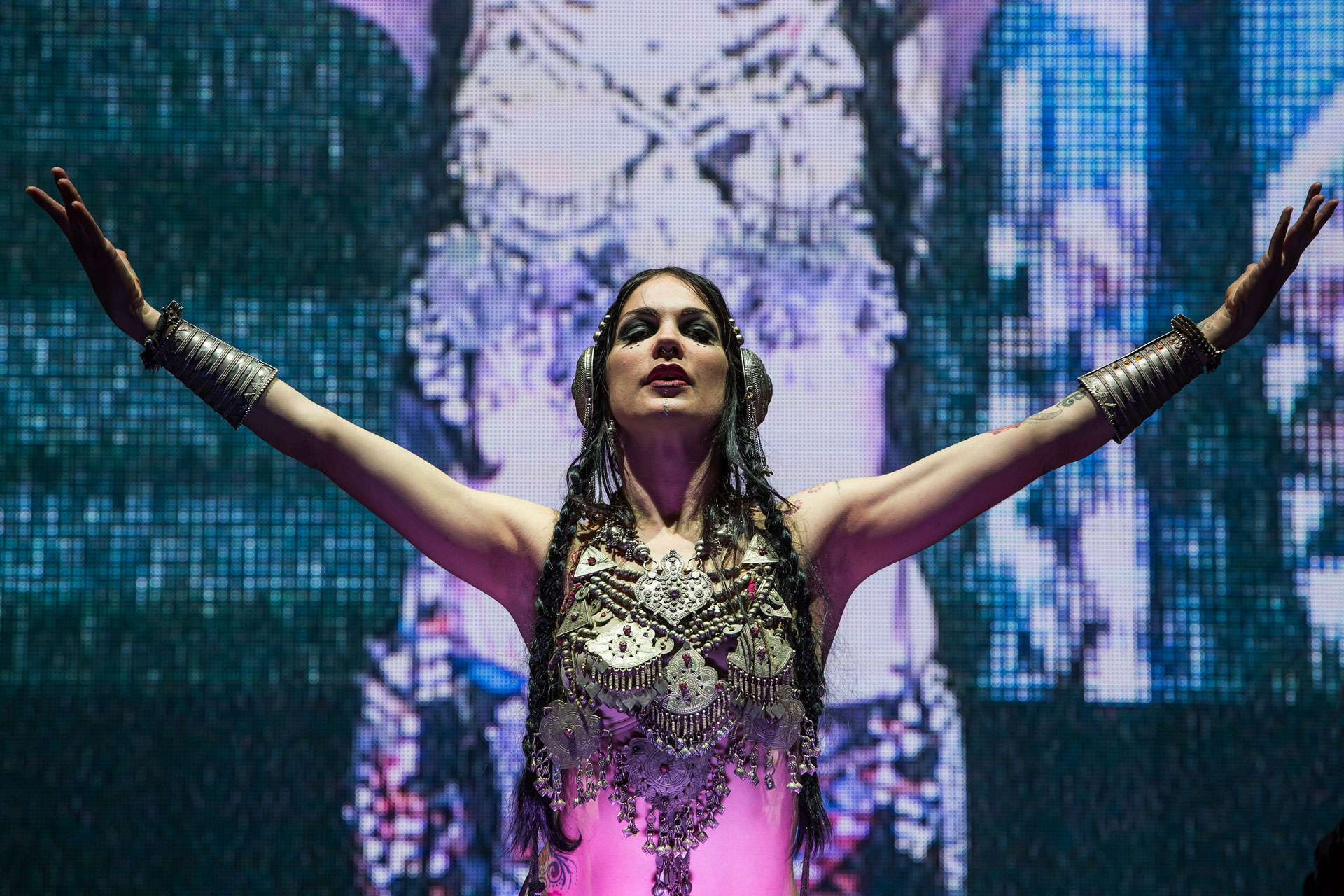 First of all, Voodoo Music Experience is in New Orleans. How could a music festival in New Orleans not be epic? Second, it’s held in November — no muggy days spent huddled in a pack of sweaty concertgoers at the height of the summer heat. And, lastly, the lineup speaks for itself. Where else can you go to see rock gods like Pearl Jam, Nine Inch Nails and the Cure alongside newcomers like Macklemore,  Ryan Lewis and Calvin Harris? 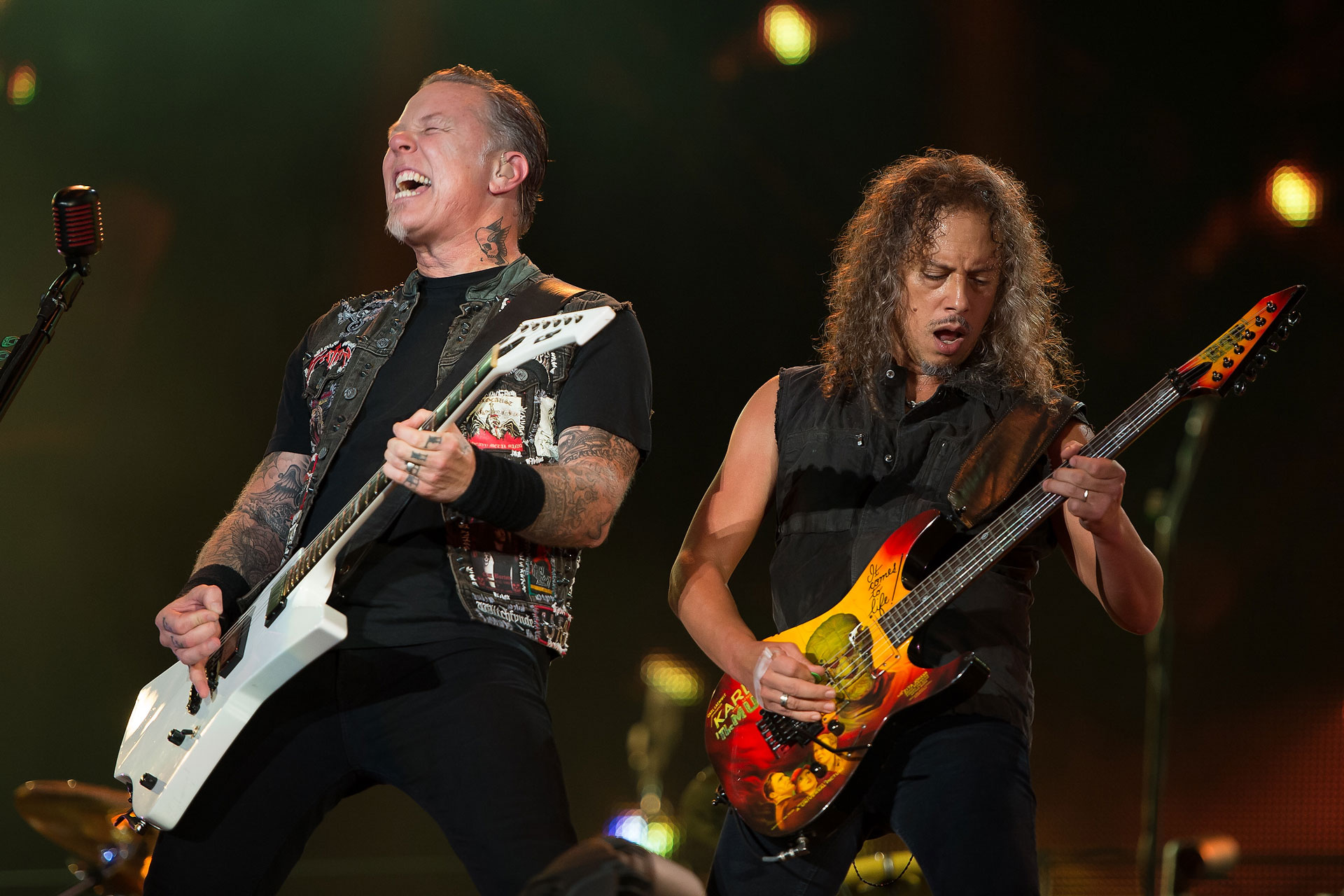 OK, so this is one you’re going to need to start planning for now. In addition to being held in the beautiful Rio de Janeiro, Brazil — meaning you’ll need to book some pricey airfare — tickets for this bad boy go on sale two years in advance. But hey, this music festival is mammoth… expect crowds upwards of 1 million concertgoers stoked to see epic headliners like Beyonce and Bruce Springsteen.

If you haven’t been to Beale Street in Memphis, you should make a trip of it anyway. And what better way to get to know the musical city than with a top-notch music festival? Held May 2-4, the Beale Street Music Festival brought out a diverse lineup filled with big names — Kid Rock, Alabama Shakes, Juicy J and Snoop Lion — along with up-and-coming acts you’ll definitely be hearing on the radio waves this year.