More about Ward’s backstory is learned while the team breaks into Hydra to gain information that should help them catch Ward and Garrett, but gives them a few surprises instead, in “Ragtag.” 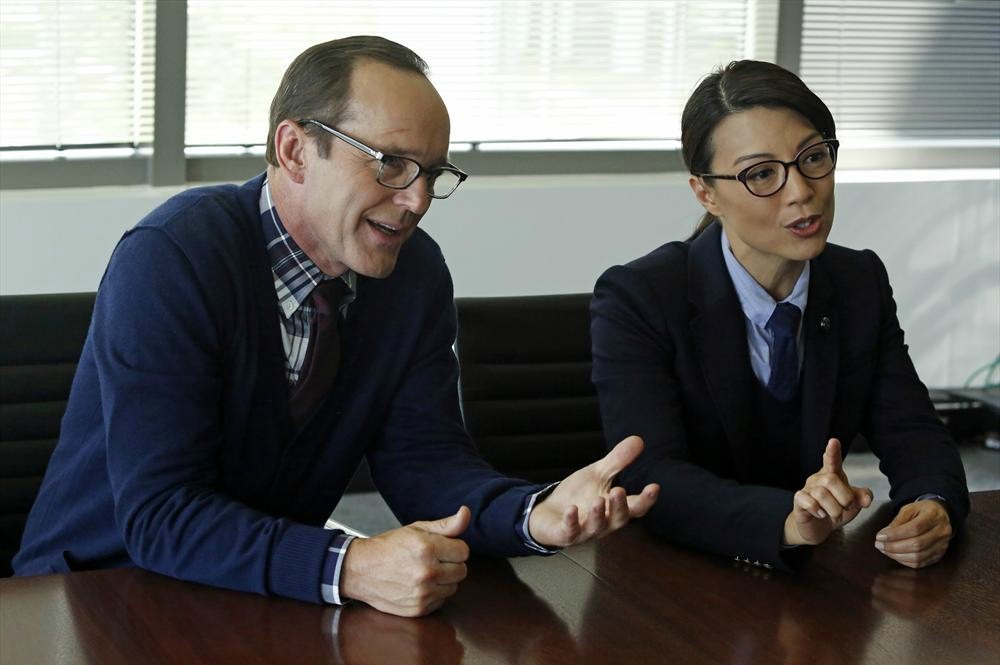 I think it’s rather appropriate how much Ward’s “weakness” of caring too much for people was mentioned in this episode of Agents of S.H.I.E.L.D. If I was on the team and tasked with taking Ward out, I would be fired on the spot because I still won’t give up on him.

As I said in my review of the last episode, Ward was a nut I couldn’t crack. That is, until I learned exactly what turned him into the cold-blooded guy he seems to be today. I thought that maybe it was just his rough childhood that did it, but it turned out that Garrett had a hand in molding Ward’s personality. When you take a young man and throw him in the woods without any gear or knowledge of survival and leave him there for six months, you change who that young man was.

But that wasn’t enough for Garrett. After reiterating over and over again that Ward was weak because he cared too much, Garrett ordered his young protégé to kill his dog. It was a move I saw coming much earlier and I actually thought Ward was going to do it. But he couldn’t, just like he couldn’t actually kill Fitz-Simmons like he told Garrett he did. Instead he tossed them out of the plane in an escape pod. It wasn’t exactly the same as killing Garrett and rejoining the good guys, but it was something.

Not only did we learn more about Ward in this episode, we also learned a pretty big surprise about Garrett. He was the original Deathlok and only had a month or so to live, hence the reason he’s been chasing after the GH-325 all this time. When Fitz’s EMP took out Garrett’s insides, I wondered if he might actually die, but Raina injected him with her version of the magic juice and suddenly he was seeing everything and running at full capacity again.

With the season finale next week, it looks like Garrett and Quinn are going to deliver the super-soldiers they keep promising. Garrett knows about Ward’s weakness, but he still trusts him and I have hope that Garrett is going to learn to regret that trust. He seems to think he can control Ward, but I think Ward’s connection to his other friends will be strong enough to break the bond he has with his pseudo father-figure.

Coulson pointing out the most important reason he wanted to get Garrett and Ward: To get his plane back.

Fitz: “I don’t happen to believe people are born evil. Something must have happened.”

Coulson and Trip geeking out over all the stuff in the suitcase.

Poor May trying to keep up with Fitz-Simmons’ geek speak.

Laughing my head off at Coulson’s idea of a “large file transfer.”

Fitz absolutely refusing to give up on Ward.

May promising to save her anger to take Ward down. Oh, boy.

What did you think of this episode of Agents of S.H.I.E.L.D.? Do you think Ward will switch sides in the finale?