It’s The Mindy Project‘s Season 2 finale. Did Danny wait all night atop the Empire State Building to win back Mindy’s love and trust? Not exactly… but we still love how things turned out. 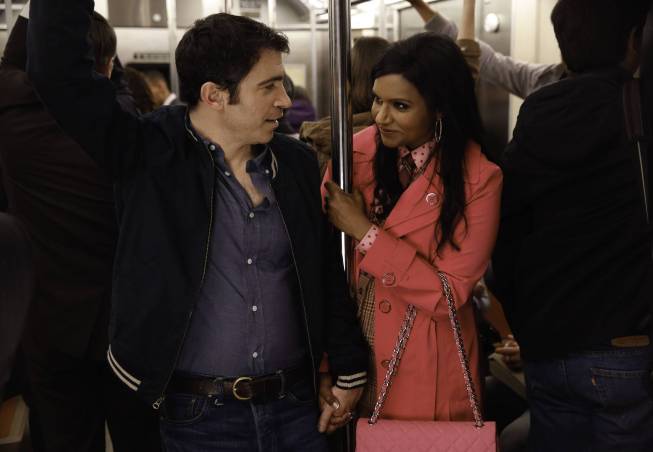 Did you catch The Mindy Project‘s season finale? We did and we’re completely stoked with the way it all went down. The second half was especially great and these eight moments between Mindy (Mindy Kaling) and Danny (Chris Messina) made everything perfect.

1. Danny telling Mindy he loves her

While this wasn’t the first time Danny confessed his love for Mindy, it was the first time he said it to her. Danny likes to be in control and nothing proved that more than the way he grabbed her head when he said he loved her.

2. Mindy’s declaration: “You love me until you don’t”

We’ve all been there: That guy you loved who couldn’t figure out whether he loved you back or not. It was rough. After a while, no matter how much you want him, it doesn’t change the painful squeeze of your heart when he tells you he wants you and you just can’t believe him.

3. “Dancing in the Dark” by Bruce Springsteen

According to Kaling, she personally requested that Springsteen allow them to use the song in this scene. We’re so glad he said yes. Danny and The Boss just belong together.

4. Danny apologizing into the air

That was super cheesy. Kaling had to be the one who included it. Still, we loved it. It was straight out of a Meg Ryan movie.

5. Mindy on the ground at the Empire State Building

The girl ran up 104 flights of stairs to get to Danny. Just when we were convinced she was still on the 52nd floor and Danny was going to give up (again) and go home, we heard her gasp. Anyone else think this was a total I Love Lucy moment?

We know that feeling, too. It’s pretty much the greatest thing ever in the history of being in love.

With the ass-grab. Yeah. We saw that, Messina.

This episode was one of our favorites for Morgan. Whoever wrote his lines really nailed it. We especially loved how adamant he was about having a smartphone… and then his quick backpedal. Our favorite quote, though, was when Danny explained to Morgan that he’d dated Mindy in secret and now he wanted her back. Morgan’s response? “Dr. L? From work? The Indian doctor whose ass won’t quit?”

The Mindy Project‘s season finale was downright perfection. We’re so glad Mindy got her happy ending (for now) and we loved hearing them argue over children as the camera panned out. Too soon? Probably. Exactly what we’d expect from Dr. L? Definitely.