Jon Favreau and John Leguizamo serve up carne asada with a side of laughs in this comedy about food, family and following your passion. 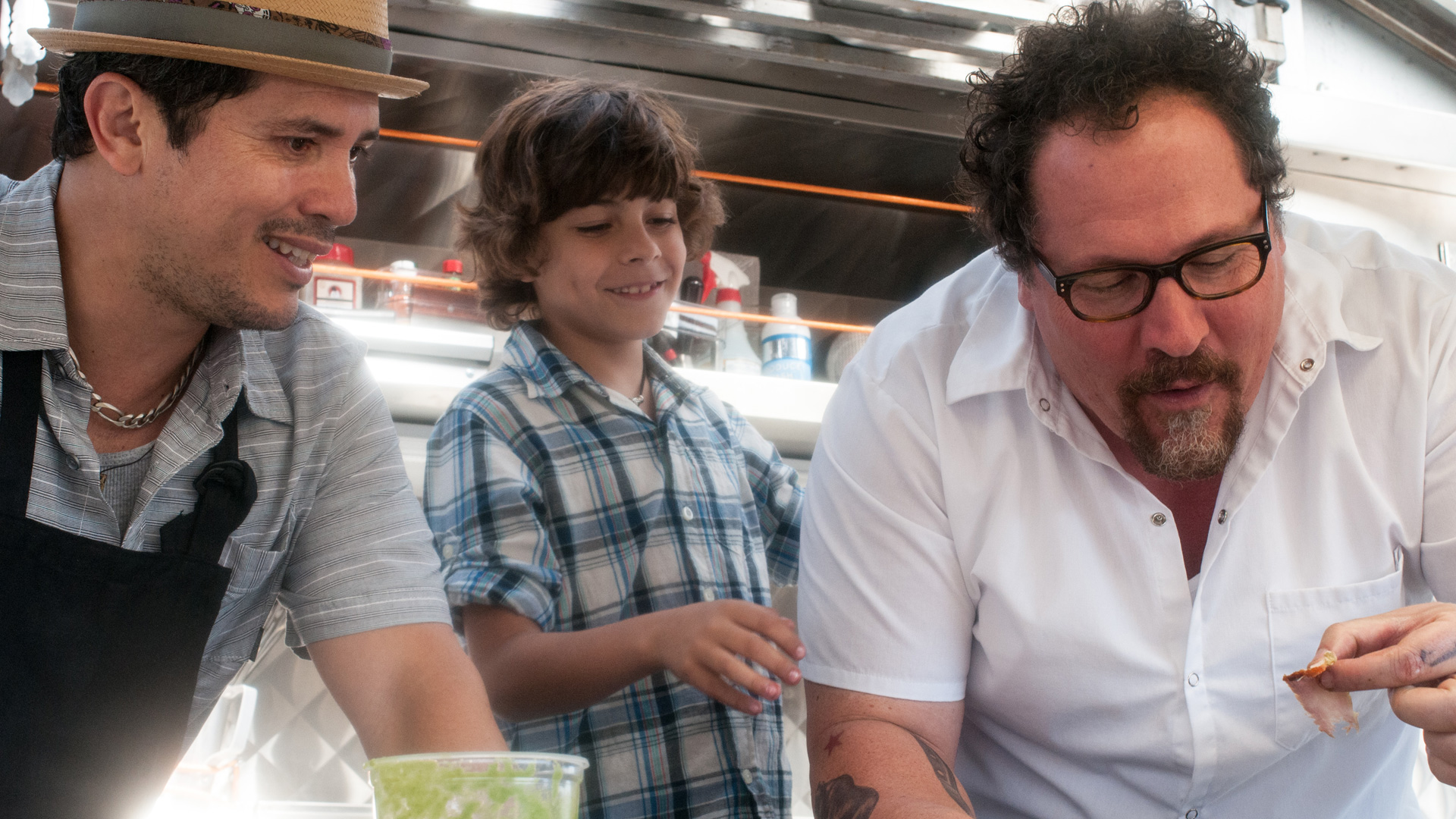 What’s a recently-out-of-work chef to do? Buy a food truck, of course!

Writer/director Jon Favreau stars in this mouth-watering comedy about a prominent Los Angeles chef, Carl Casper, who quits his job after refusing to compromise his creative integrity when his cranky and controlling boss (played by Dustin Hoffman) demands he cook only from the restaurant’s pre-approved menu.

Unemployed, Casper decides to return to his roots and relocates to Miami, where he invests in a beat-up-looking food truck. With the help of a friend (John Leguizamo), his ex-wife (Sofia Vegara) and his son, he’s able to turn the truck into a first-rate restaurant on wheels, and reignites his passion for cooking and, perhaps more importantly, for life.

Not since Julie & Julia has a movie looked this appetizing. While the trailer is but a few minutes long, its sizzling close-ups already have us wishing Casper would park his food truck outside our office.

Inside Julie & Julia with Meryl Streep >>

If you don’t want to listen to your stomach rumbling over the credits, make sure you have dinner plans before you see this movie. We’re betting more than a few audience members are going to be walking out of theaters with ravenous bellies.

Chef opens May 9 in New York and Los Angeles, and expands nationwide in the following weeks.