The 2014 Met Gala streaker took a decidedly less is more approach to fashion-forward attire. Take a gander at his gold chain and pink mankini here! 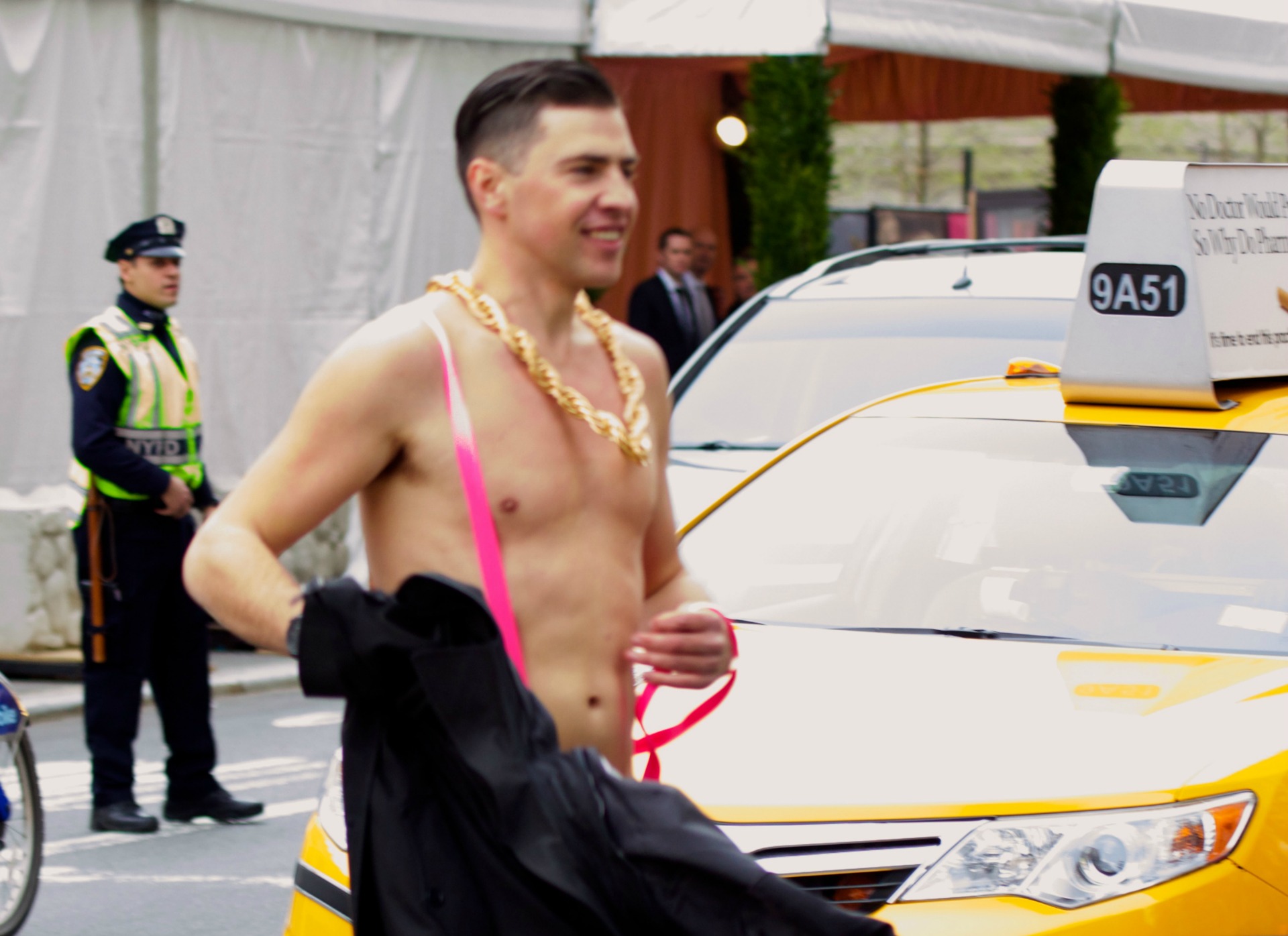 The 2014 Met Gala may forever be remembered as the year a streaker nearly made it to the red carpet, thanks to the mystery man pictured here.

An unknown hunk of handsomeness turned up at the 2014 Metropolitan Museum of Art’s Costume Institute Gala on Monday night wearing little more than a hot pink mankini (reminiscent of Sacha Baron Cohen’s Borat ensemble), a thick gold chain and a big grin.

Reports say the unidentified troublemaker attempted to reach the red carpet as some of the biggest names in Hollywood were arriving to pose for the cameras. Sadly — though it’s probably for the best — police intervened in the nick of time, stopping him from reaching his destination.

Although we don’t know where the streaker has gone since having his photo snapped near the big event, some news outlets are reporting he was tackled by police who were providing security duty.

Despite not making it all the way to the promised land, the cheek-baring gent is getting his 15 minutes of fame thanks to Twitter users who are getting a good chuckle out of his antics.

An approving user noted they were “glad to see someone taking a risk tonight,” while another thought his appearance was perhaps a sign of doom for the event. The person wrote, “There’s a streaker at the Met Gala! LMAO We have jumped the shark! This is not a drill!”

One person even cracked, “HA! When I heard ‘streaker’ at the Met Gala I thought Madonna had finally arrived.”

What do you think of the Met Gala streaker: All in good fun or too far?