Taylor Swift ended up the belle of the Met Ball, but it would seem her cat had nefarious plans to derail the country queen’s couture debut at the star-studded event. 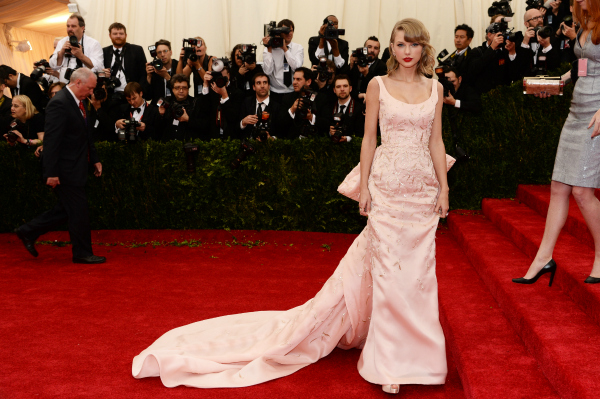 Widely considered the fashion industry’s premier annual red carpet event, the Met Gala gives celebrities an opportunity to dress to the nines for one of New York City’s most exclusive — and couture-laden — social events.

Stars who dressed up as Disney characters at the Met Gala >>

It should come as no big surprise then that fashion darling Taylor Swift would be in attendance, or that she would look stunning. What may surprise you, though, is that the country sweetheart hit a major snag during this year’s fitting that could have kept her from making an appearance at all.

Only a few hours before the start of the Gala, Swift tweeted about her “cat-astrophe”.

Since sharing the status about her feisty feline, the tweet has gone viral — being retweeted (at the moment) over 10,000 times and favorited nearly 20,000 times.

Happily, Swift showed up to the Met Gala with gown intact, begging the question, “How did she manage to pull off that miracle in less than four hours?” According to some sources, fashion gurus and experts flocked to the twangy starlet to help save her one-of-a-kind dress and to make sure she arrived at the Met Ball looking every bit the classy and sophisticated gal she is.

As for Meredith — who is named after the character Meredith Grey of Grey’s Anatomy fame — well, suffice to say she probably spent a little time in the dog (cat?) house. But, seeing as Swift loves the kitty so much she totes her virtually everywhere she goes, you can also safely assume that the pampered pet will soon be forgiven her bad pre-Met Ball behavior.