The Met Gala is a place to experiment with new fashion, and nothing is too wild. But this year, it appears the entire cast of characters from the past 60 years of Disney showed up. 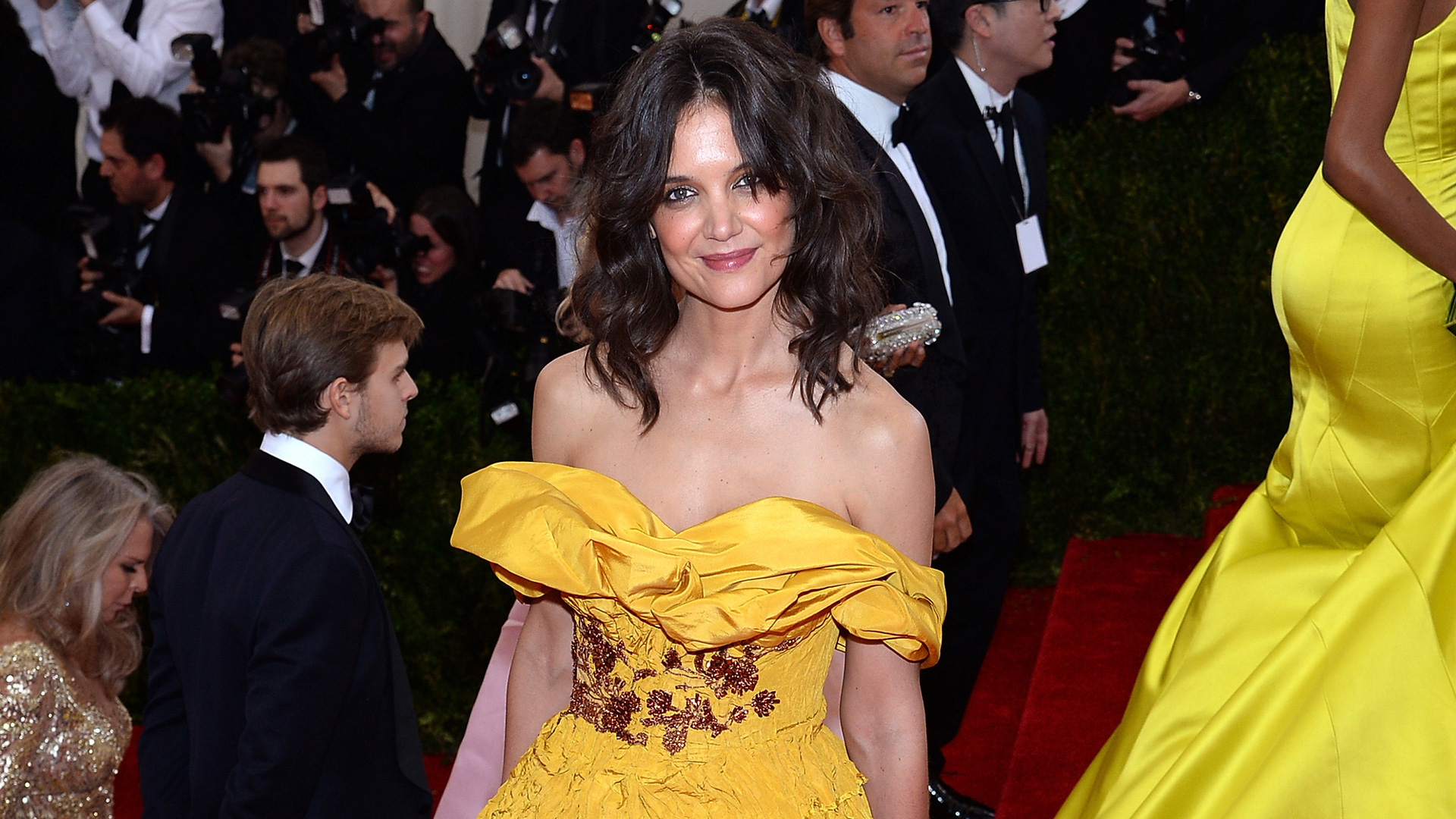 The annual Met Gala is always a fun place to see stars try out new fashions, and really express themselves. The 2014 gala was no different, but this year, there seemed to be an increased number of stars dressing like Disney characters.

Here are our favorites –

Katie Holmes as Belle in Beauty and the Beast 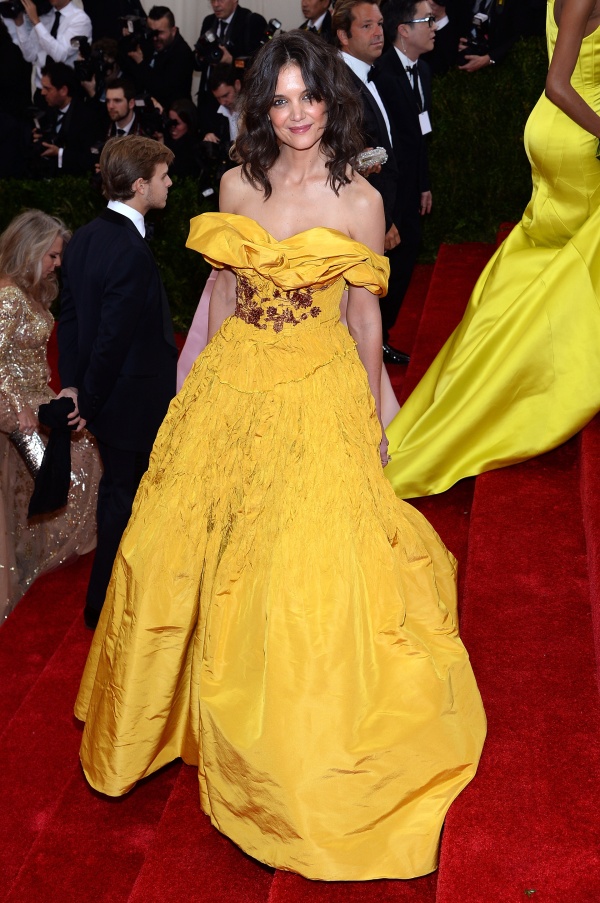 Katie Holmes showed up in a yellow Marchesa gown resembling the Beauty and the Beast princess. Although yellow was a popular color on the night, Holmes’ gown resembled that worn by Belle in the film — not to mention her hair also matched the character. 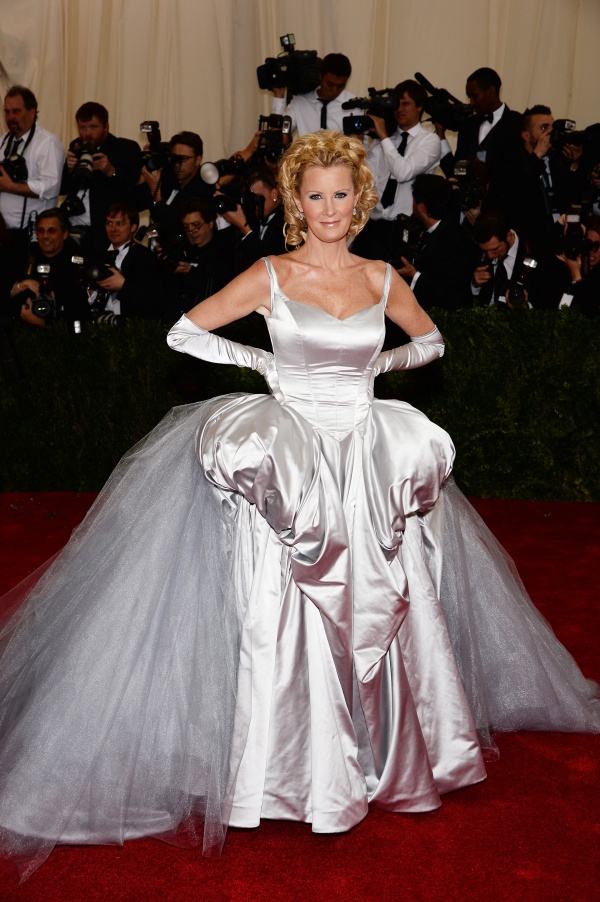 The Food Network star’s Cinderella costume went very, very wrong. It looks like a little girl who has always wanted to be a princess for Halloween, but suddenly realizes she is no longer a little girl. The Met Gala is a place to try new things, but people have failed before and this year Sandra Lee got it very wrong.

David Burtka as the Mad Hatter in Alice in Wonderland 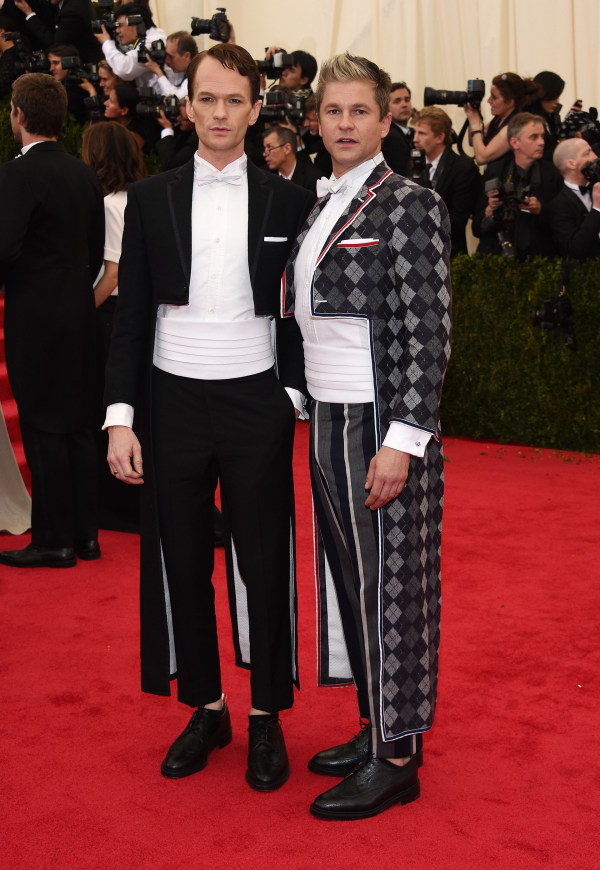 Yes, we know David Burtka has no hat on — which is obviously a central part to the Mad Hatter’s outfit. But his suit, all the way down to the shortened pants and color palette, is a reminder of Alice in Wonderland. Although his fiancé Neil Patrick Harris’s outfit (down to the eyeliner) would also probably have a place in the wacky world of Wonderland.

Sarah Paulson as Merida from Brave 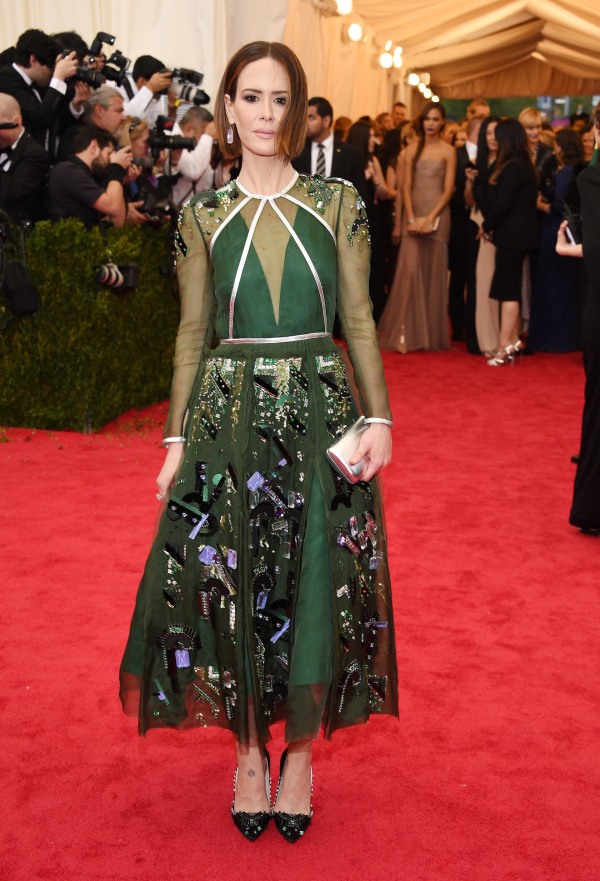 Sarah Paulson looks like an Irish beauty in her emerald green gown. Though the gown is not exactly the same as Merida’s, the vibe given off by Paulson is resemblant of the redhead Disney character. 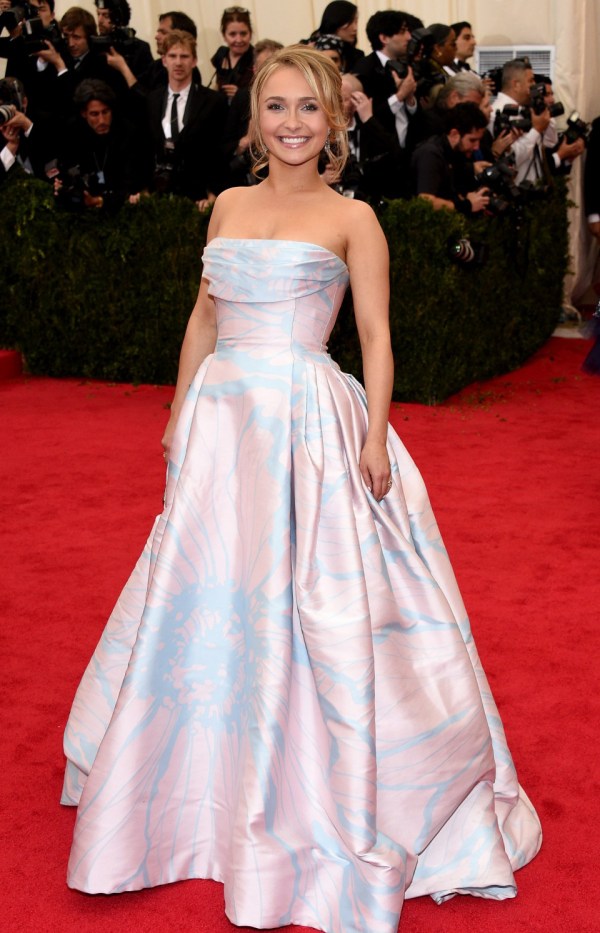 While many stars wore gowns that easily evoked Sleeping Beauty — including Taylor Swift, Reese Witherspoon and Blake Lively — Hayden Panettiere’s gown is the best one because of the pink and blue colors. For any little girl who grew up watching the movie, you might remember a few moments in the movie where her gown kept changing back and forth between pink and blue. Panettiere’s gown looks like the film version because of the magic surrounding Aurora.

Liu Wen as Ariel from the Little Mermaid 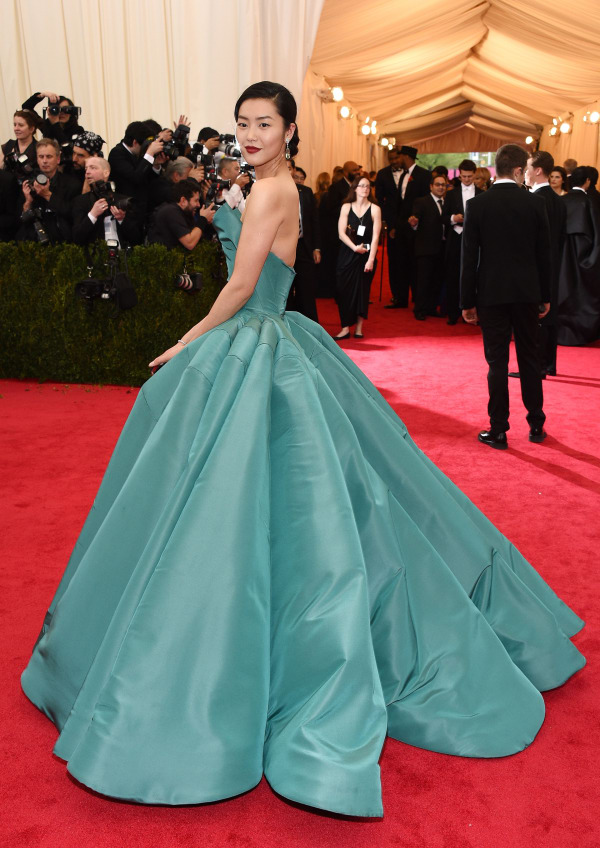 Although it would be pretty impossible to dress up as an actual mermaid to an event such as this, you can’t help but think of Ariel when looking at Liu Wen’s Zac Posen gown. The color and shape of the gown bring back memories of the mermaid as interpreted for a red carpet.

Rashida Jones and Tory Burch
as the evil stepsisters in Cinderella 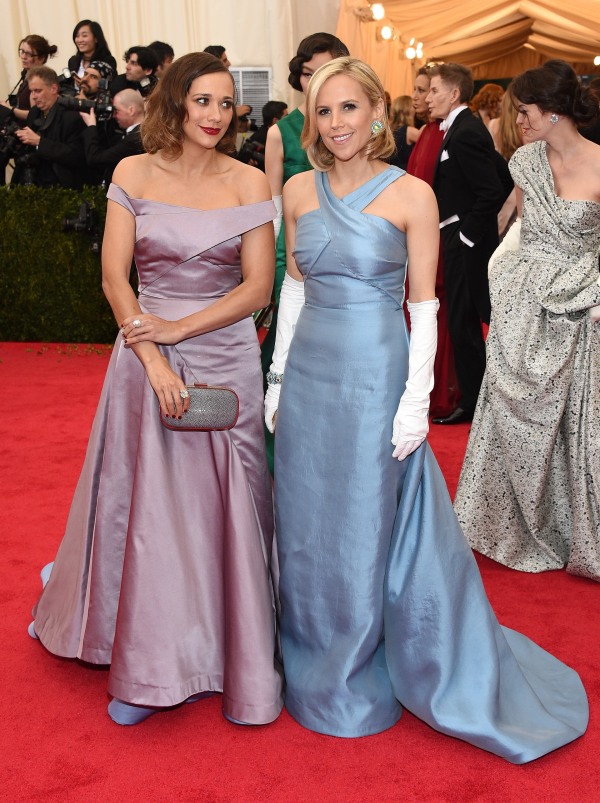 While Jones and Burch look gorgeous, when you stand them next to each other, you can’t help but think of the similarity in their outfits. And when you’re thinking Disney, the stepsisters in Cinderella are what comes to mind. But luckily, Jones and Burch are probably much more beautiful and fashion forward than those fictional sisters. 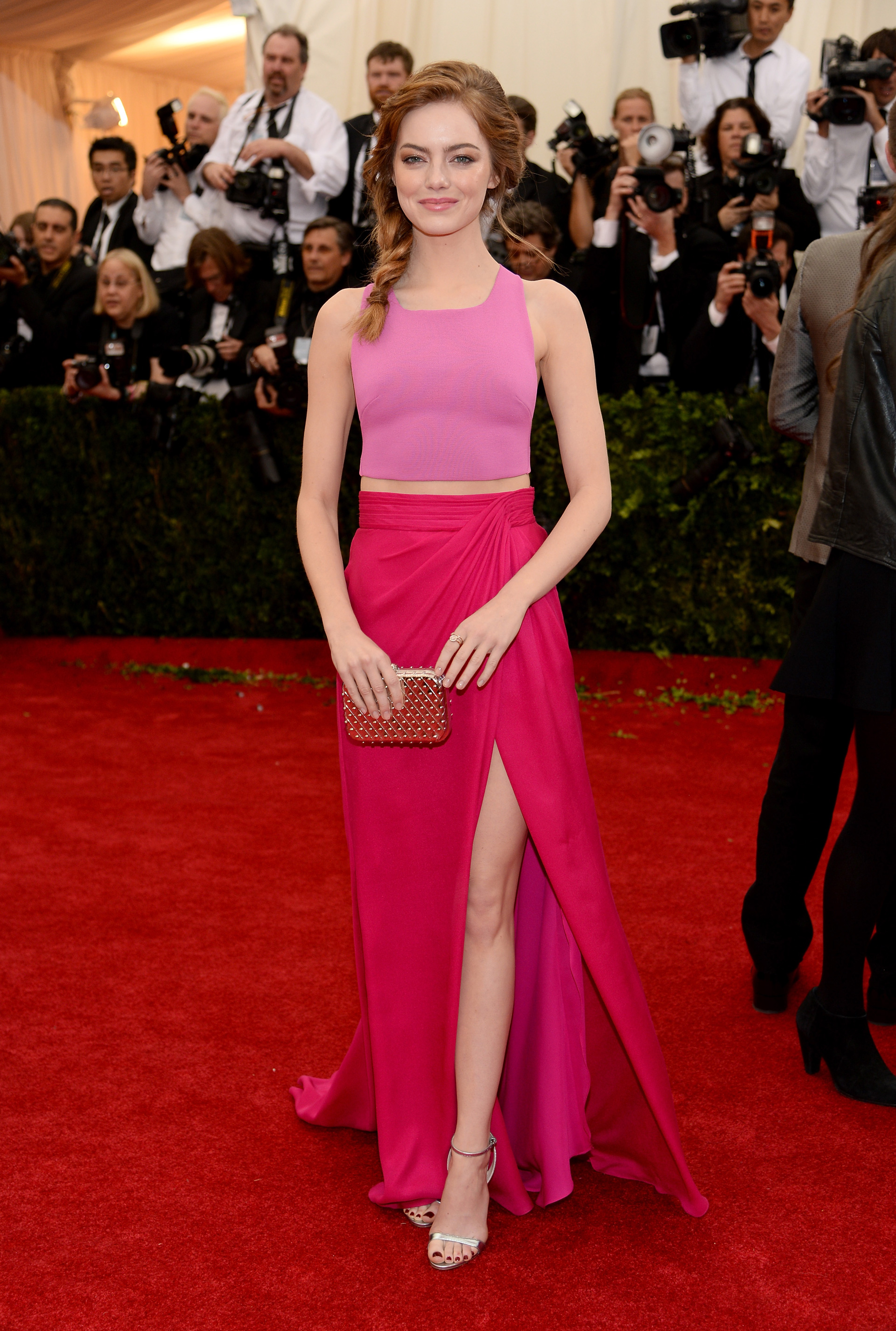 While her hair isn’t that long, Stone’s pink-on-pink dress as well as her side braid are a stunning example of Rapunzel. Even with her short locks, we have a feeling boyfriend Andrew Garfield would find a way to come rescue her.

Kate Upton as Ursula the Sea Witch from The Little Mermaid 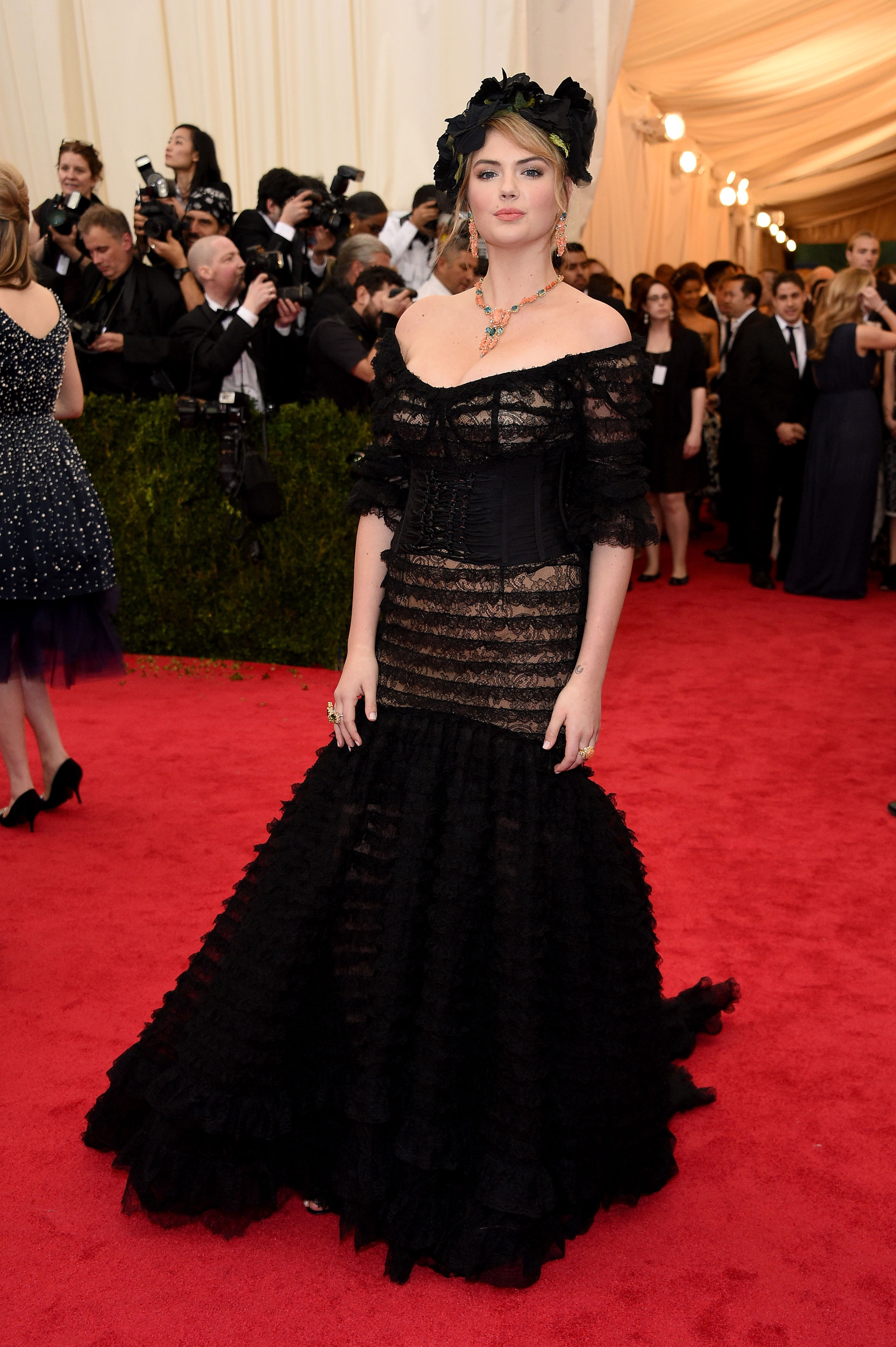 Upton’s overall look could be put in a few categories, but while we’re on the Disney topic, her black gown looks similar to Ursula’s dress-turned-tentacles. Her hairpiece looks like the unkempt short hair of the sea witch. Ursula and Upton also have one more thing in common — both are in love with their curvy, voluptuous bodies (and rightly so). Honorable mention: Upton could also play Babette the Feather Duster in Beauty and the Beast.

Tell us: Which was your favorite “Disney” look?