The show is a verified hit! Netflix is indeed giving the green light to its original show Orange Is the New Black for Season 3. 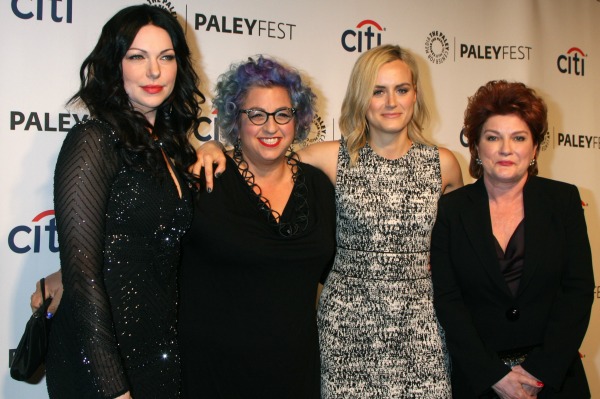 Season 2 hasn’t even premiered yet, but Netflix has enough faith in its original series that it has already renewed it for Season 3. Orange is the New Black will premiere June 6 for its second season, but fans are thrilled that a third season is on the way.

On Monday, it was star Laura Prepon who broke the news on her Instagram account. She posted a picture with possible Season 3 titles on a wipe board. She captioned the photo, “It’s official!! Season 3!! #oitnb #alexvause #backtothebighouse”

Some of the titles included some suggestive words like “Use your tears a lube,” “The rapiest Pap smear,” and “I’m a b***h because I’m sad.”

Prepon also shared a Lego version of the characters from the hit online series.

The show is based on the book, Orange is the New Black: My Year in a Women’s Prison, by Piper Kerman, who wrote the memoir about her own real-life experiences behind bars.

At the PaleyFest in Hollywood back in March, the cast warned SheKnows that things were going to take a darker turn for the female prisoners. In fact, Yael Stone, who plays Moreno, described Season 2 as “scarier” than the premiere season.

While viewers won’t know what that means until they begin binge-watching on June 6, they do know they are in for a lot more OITNB.