WGN America’s startling endeavor into scripted television, Salem has done remarkably well. So well, in fact, it was just picked up for a second season. 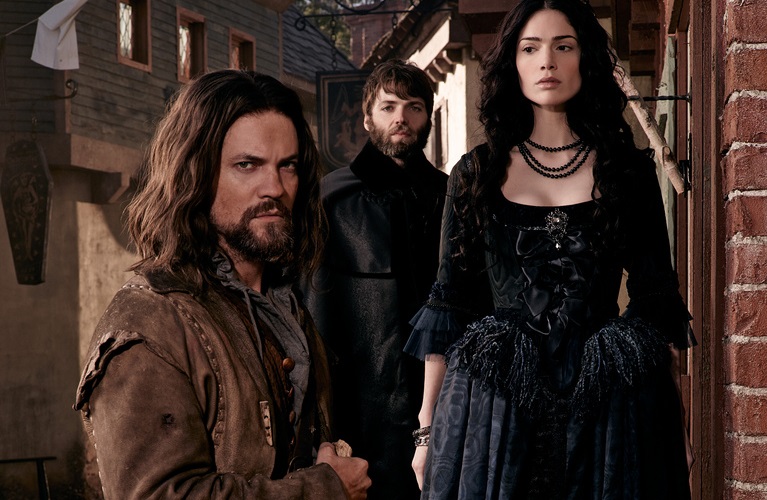 Three episodes in, WGN’s viewership has gone up nearly 800% on Sunday nights, when Salem airs

As WGN’s first scripted drama, no one knew what to expect for Salem and many doubted it would succeed. The show has taken WGN, TV viewers and the world at large by surprise, though, and offered up record-breaking numbers for the network. The Salem premiere alone offered up more than 3.5 million viewers on its first night. Three episodes in, WGN’s viewership has gone up nearly 800% on Sunday nights, when Salem airs. It seems as though the network has found its money tree and it looks like a twisted, haunted town by the name of Salem. It only makes sense, then, that they’d renew their protege for a second season.

“I could not be more thrilled or more proud of our cast, writers and crew who made this show come alive,” said Brannon Braga, Salem‘s co-creator and writer. “The fans have been fantastic and we plan to continue keeping them on the edge of their seats.”

The exact key to Salem‘s success is hard to pinpoint as so much of the show is pure perfection. Capitalizing on America’s love affair with the supernatural and scary, Salem is just as capable of the eerie build as it is of the jump-off-the-couch terror. Its historical basis in the real town of Salem during the witch trials adds a whole new level to the haunting premise. Helping to boost the scintillating show is its all-star cast of talented, gorgeous and dedicated actors, many of whom take an active role in the social media promotion of the show. When renewal news broke, Shane West (who stars as John Alden) immediately and graciously took to Twitter to share his thanks and appreciation and he wasn’t alone.

Talk about a truly awesome cast! We’re in awe over their excitement for their work and just as excited and thrilled as they are about the promise of even more Salem during its second season.