It was a joyous day for designer Nate Berkus who married his fiancé, Jeremiah Brent, in an elaborate ceremony in New York City on Saturday. 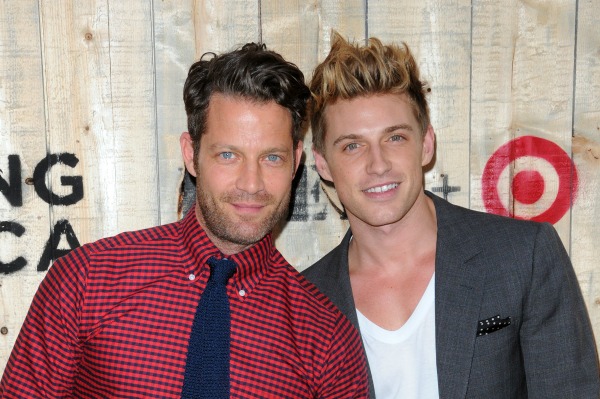 Wedding bells rang this weekend for Oprah Winfrey’s favorite home decorator, Nate Berkus and his fiancé-of-a-year, Jeremiah Brent. The lavish affair took place at the New York Public Library where they were the first same-sex couple to get married at the famed building.

People magazine reported all of the details about the 220-person event. OWN network president Sheri Salata officiated the ceremony while Winfrey, Rachael Ray, Katie Lee and Busy Philipps were all in attendance.

The Queen of all Media even tweeted about the big day.

Berkus was outfitted in a J.Crew suit while Brent chose Saint Laurent as his designer. Their gold wedding bands were created by Van Cleef & Arpels.

Naturally, the American Dream Builders host used his own fabric line and Target collection of home decor items to add special touches to the reception. The wedding planner, Marcy Blum Associates, utilized a soft color palette of cream, white, black and a touch of gold to mix in with the florals and greenery.

Forget Paris! There were wedding bells in California for Kimye >>

It was a very festive and musical night with a performance by the Gospel for Teens/The Mama Foundation of the Arts post-ceremony and Marjorie Gubelman, aka DJ Mad Marj, spinning the tunes. Estelle also sang an exclusive performance of “American Boy” for the newlyweds as well.

The couple began dating in December 2012 and became engaged in April 2013 at the top of Machu Picchu in Peru.

Congratulations to the happy couple, Nate and Jeremiah!