Lorde took to Twitter to blast a paparazzo named Simon Runting, who she claims is stalking her. 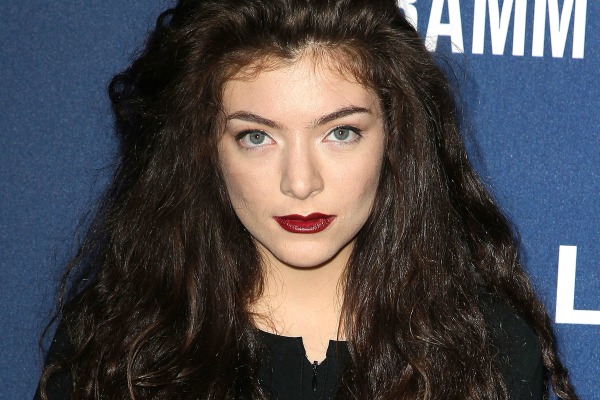 It looks like hanging out with Taylor Swift is starting to rub off on Lorde. Over the weekend, the New Zealand songstress took to the Twitterverse to let her 1.6 million followers know of a nagging paparazzo, and the 17-year-old didn’t hold back by any means.

Lorde specified that a paparazzo by the name of Simon Runting has been snapping photos of her, and it’s come to the point where he’s not letting her have any privacy. “I refuse to stay passive about men systematically subjecting me to extreme fear,” she said of the dilemma. Aside from her rant on Runting, Lorde even provided a photo of the paparazzo and the URL to his Facebook profile, which was probably bombarded with messages from Team Lorde.

Runting, who also hails from Lorde’s native country, was previously slammed by Rihanna for capturing the pop star standing in the window of her hotel room during her stay in New Zealand. Rihanna lashed out at the paparazzi in her own social media rant, comparing the New Zealand paparazzi to Nazis, which is a reference to her duet with Kanye West.

https://twitter.com/lordemusic/statuses/462775471940182016
https://twitter.com/lordemusic/statuses/462776819255496705
It’s obvious that paparazzi are the price of fame, but Lorde told fans she just doesn’t understand why she “should be complacent.” Oddly enough, Lorde poked fun in an interview at another hit maker who caught the attention of the paparazzi last year. When VH1 asked the New Zealand songstress if she had a favorite train wreck, Lorde cited Britney Spears, explaining, “It was really interesting to me to read like the Rolling Stone article when she was like 17 and to get that story of her being this total sweetheart in America… which I find crazy.” Sounds like Lorde is still learning about the price of fame.