Sarah McLachlan’s highly anticipated new album Shine On drops this week, so we caught up with the singer-songwriter to get the scoop on its inspirations, her upcoming tour and what it’s like to balance motherhood with being a folk-rock icon. 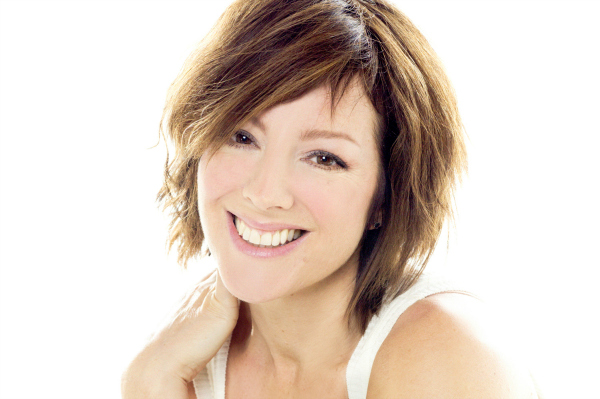 Sarah McLachlan, the queen of hauntingly ethereal, emotional ballads is back with a brand new album — and she can’t wait to share her first collection of original music in four years with her fans.

“It was a real crunch to get it done, but I’m really glad I did,” she told us of making the album. “I love it, and I’m proud of it, and I can’t wait for everybody to hear it.”

The album, titled Shine On, is chock-full of McLachlan’s trademark lilting voice, beautiful instrumentation and emotionally charged lyrics. For the singer-songwriter, compiling the material for the album proved rather “cathartic.”

“I guess it’s sort of reflective of the last six years of my life,” she revealed. “Turning 40 and becoming separated from my husband of many years, losing my dad not long after, separating from my management label… so all these male anchors kind of disappearing at the same time.”

It was a rough patch, admittedly, but McLachlan decided to gain perspective, as opposed to giving up. “When that happens when you’re in your early 40s, you kind of really have to assess your life and go, ‘OK, where am I going from here? How’s that going to look? How do I redefine myself?'”

Sarah McLachlan: My marriage was a failure >>

One such event in McLachlan’s life — the passing of her adoptive father, Jack, in 2011 — inspired much of the sentiment of the new album. “I had to look at all these things that had happened to me and how they make me feel, and certainly my dad’s passing was a big one,” she said. “That was sort of the more profound impacts of, you know, now I’m an orphan. This is the second half of my life, how do I want it to look?”

But while aching songs like “Broken Heart” and “Song for My Father” reflect that loss, “a large part of Shine On speaks to a much lighter aspect of McLachlan’s life: discovering love again, which the singer-songwriter describes as “scary, but fantastic.”

“I’m a really hopeful person,” McLachlan explained of the album’s prevailing sentiment, “and I think there is a lot of that on the record as well.”

In penning songs for Shine On, one story of hope in particular inspired the single “In Her Shoes.”

“It sort of became about Malala Yousafzai,” she revealed of the song’s Nobel Peace Prize-nominated muse, “and the fact that she survived getting shot in the head, and because she endured and is such a powerful and strong heroine.”

Strong female role models resonate with McLachlan, who is juggling all that being a folk-rock icon entails with all that motherhood entails — her daughter India Ann is 12, and her daughter Taja Summer will turn 6 this September.

When asked how she manages both worlds, McLachlan laughed. “I have help, for starters!” she refreshingly replied. “You know, it takes a village, and I’m really lucky.”

To ensure her daughters don’t always play second fiddle to her music, McLachlan dedicates the time she spends with her daughters to them and them alone.

“I try really hard when the kids are home from school to put the computer away and the phone away and just be with them, you know?” she said. “Until I put them to bed, and then I’m back to work on the computer at 8 o’clock at night. But I’m lucky because I get to pick my hours, and even when I go on tour, my kids come with me.”

Plus, as McLachlan reiterates, she doesn’t go it entirely alone… she has help on the road and at home. And even then, she has her good parenting days and her bad ones, just like the rest of us.

“Some days are great — some days I feel like I should get a little gold star — and other days I feel like I want to beat myself up, and I’m going, ‘Man, I really failed there,'” she admitted. “But redemption’s a beautiful thing. We get to go to sleep and wake up and try again.”

This summer signals the start of a new adventure for McLachlan and her kids, who will be touring the U.S. starting in June in Seattle, Washington.

And aside from the occasionally bad food, McLachlan is stoked to hit the road, which she says she’s “most excited about.”

That’s not to say, though, that touring doesn’t come without its own unique set of challenges. “I’m 46 years old,” McLachlan started, “and touring sounds terribly glamorous, but really it is not.”

“I’m a mother all day, and then I’m doing work all in the afternoon — I’m doing sound check, I’m meeting 150 people at meet and greets and then I’m doing a 2-½ hour show — and then I get off the stage, and five minutes later I’m on the bus in my jammies reading nighttime stories. It’s a great leveler!”

Or course, the singer of such favorites as “Angel” and “I Will Remember You” wouldn’t have it any other way.

“There’s really something profoundly important about it,” McLachlan said of creating her music. “It’s like a connection to everything I know is good and right in the world.”