What dragons? Direwolves are where it’s at on Game of Thrones. We forgot how much we loved them. It’s definitely time for a comeback. 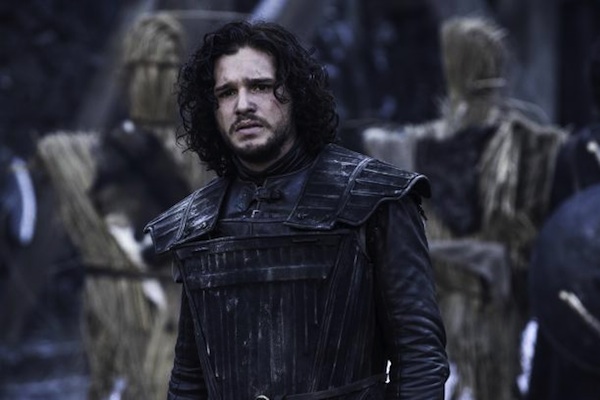 We can all agree that Season 3 was bad for the Starks on Game of Thrones. It was so bad, in fact, that we all thought they were really done for at that point, I think. The opposite seems to be holding true thus far in Season 4 with Sunday night’s episode serving as the pinnacle until now. Not to mention, we’ve really missed watching people get direwolfed. (Yeah, I said it.)

WTF are we talking about? Only the most shockingly perfect episode >>

This episode is a moment when the good guys win. Karl, the leader of the rebel Night’s Watch holding Craster’s Keep, meets his doom thanks to Jon Snow. Jon hasn’t lost his edge, in case you were wondering. And neither has his direwolf Ghost. The two are reunited in the heat of the fight, with the victory going to Jon and his fellow men in black, of course.

In even more exciting news, we discover that the fire of emotional rage just might be the key to Bran’s supernatural mind-controlling success. When the lives of his gang are threatened, Bran is able to go inside Hodor’s head and control his body to save them from the traitor Locke.

(Quick refresher: Locke is from House Bolton, where Theon is currently being held. Locke is also the man who cut off Jaime Lannister’s hand. He was now supposed to be helping Jon Snow and the Night’s Watch but clearly has had ulterior motives. Translation: Not a good guy.)

It’s kind of heartbreaking. Bran is so close to seeing Jon again and letting his family know he’s actually alive, but he realizes there’s a bigger picture. He chooses to follow his sight and fulfill his quest, wherever it takes him.

When it comes to King’s Landing, I’ve said it before, and I’ll say it again: I’m a fan of Cersei (Lena Headey). I think she’s widely misunderstood, which is why the characters on Game of Thrones are so fantastic. Her aim is to survive while protecting her children and family, no matter the cost.

On Sunday night, we get a glimpse inside of her heart for once instead of only her manipulative mind. Cersei has a boat constructed for her daughter Myrcella, who is in Dorn. Oberyn promises to send it to her daughter. It’s a sweet, mothering gesture from Cersei. But OK, the show has also made me a pessimist. Anyone else get the feeling there’s something else hidden on that boat besides some pretty detailing for Myrcella? It seems like there’s a good chance Cersei is playing at something.

Need more Joffrey moments? How about some fake ones from these spoofs? >>