He had cleaned up his act, but he still found himself in trouble. Find out what Ben Affleck did in Las Vegas this week. 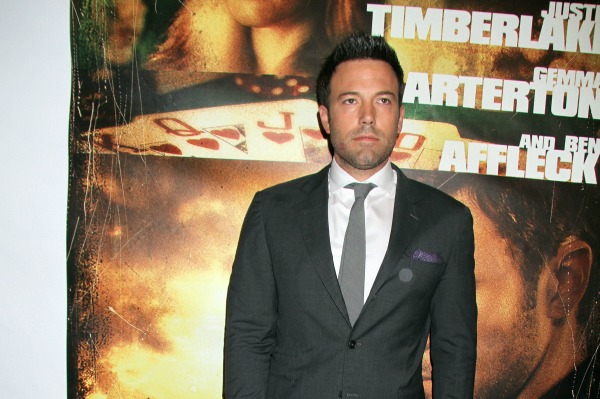 It seemed like Ben Affleck‘s troubled days were over once he settled down and married Jennifer Garner. However, it looks like the Oscar-winning producer found some trouble in Sin City.

According to TMZ, Affleck was gambling at the Hard Rock Casino in Las Vegas on Tuesday night. He had taken a quick vacation for some private time with his wife before he goes to Detroit for his newest film, Batman vs. Superman.

While he was playing blackjack at a high rollers’ table, he was reportedly surrounded by security for counting cards. Counting cards is a strategy that involves counting the card values to decrease a gambler’s betting risk. While it isn’t considered illegal, the casinos sure don’t like it.

As a result, the Town star was kicked out of the casino and sent on his way. TMZ sources said Affleck was labeled an “advantaged player” and he is no longer welcome to play blackjack at the Hard Rock.

JLo forced to choose between exes Ben Affleck and Diddy >>

Affleck certainly isn’t a newbie when it comes to gambling, since he once lost $400,000 to movie executive Ron Meyer in a poker game that he hosted back in 2004. Perhaps the 41-year-old actor should stick to making movies instead of hitting the tables.

Affleck’s rep has not made a comment as of press time, but we are going to bet the director wishes that what happened in Vegas stayed in Vegas.