Kerry Washington has kept her entire pregnancy pretty secret, so it’s no surprise to learn she kept the birth a secret for nearly two weeks. 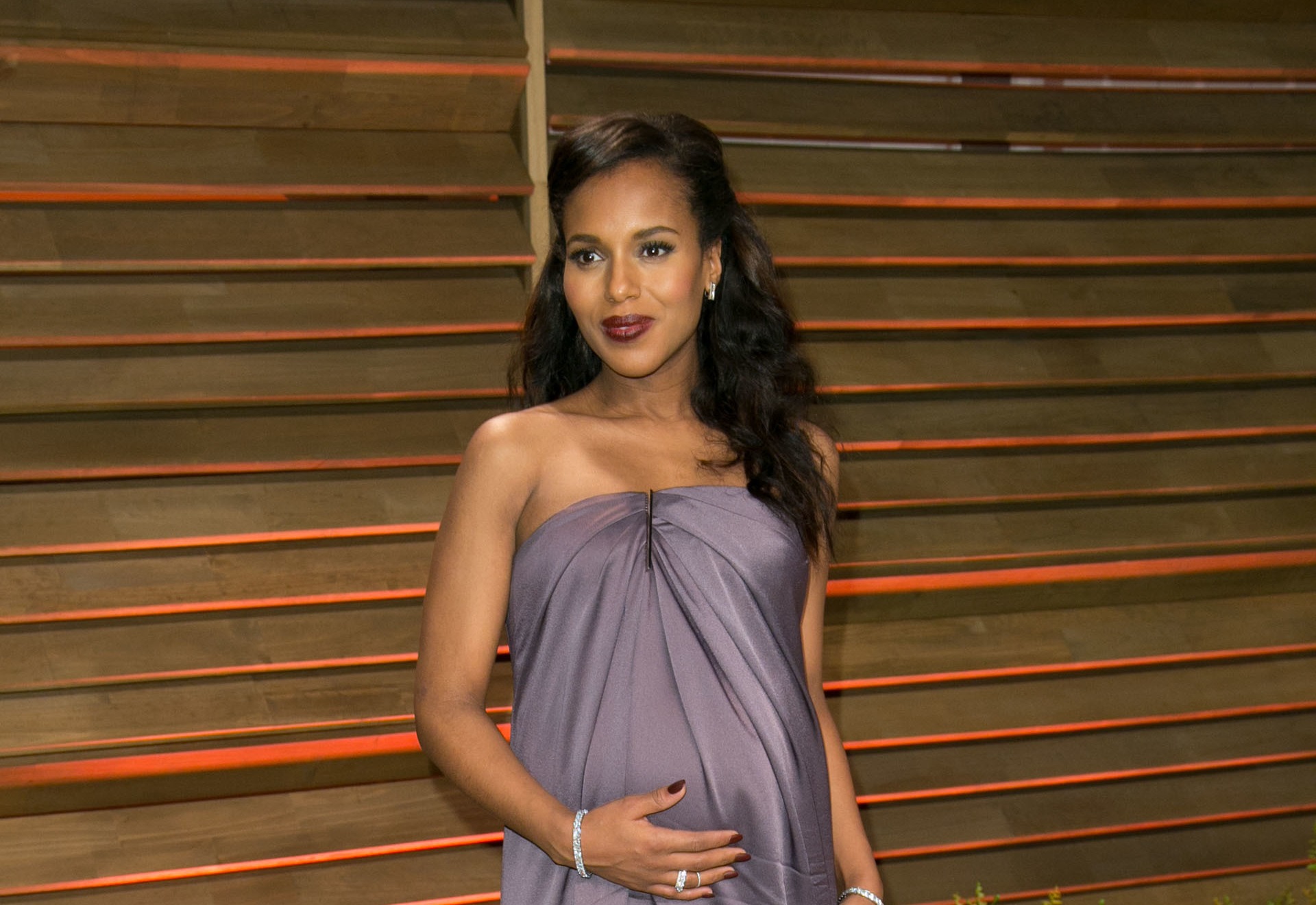 It seems like just a few months ago we were still guessing whether Kerry Washington was pregnant or not, but she confirmed it in a big way by giving birth to a baby girl. According to TMZ, Washington and her husband Nnamdi Asomugha welcomed daughter Isabelle Amarachi Asomugha on April 21.

Washington and Asomugha, a former NFL player, were married back in June 2013, and didn’t make their pregnancy very public. She did show up at the Golden Globes this year, though, with a very visible baby bump.

“I feel like I have the best date of the night,” she told Ryan Seacrest on the Globes red carpet. “My little accessory tonight.”

Her visit to an Oscars after-party also showed an undeniable bump. Washington was one of many actresses at the Oscars who were expecting babies — and very soon. Washington showed up in a Jason Wu gown, and Olivia Wilde, who also gave birth a few weeks ago, showed up looking glowing as well. The two actresses were also joined by a very pregnant Drew Barrymore at the Golden Globes.

At the time, Washington told People she was just enjoying the pregnancy, saying, “I feel really, really blessed. It just feels like a really good time.”

Washington reportedly gave birth at Cedars Sinai Medical Center in Los Angeles. Like her pregnancy, she did a great job at keeping the birth private — it took almost two weeks for people to catch on (not an easy feat in Hollywood).

The 37-year-old’s show Scandal has been cleverly working around her growing baby bump, but luckily they will be able to show her full body from now on.

Congrats to Washington and Asomugha on the new addition to their family!