Just days after Emma Stone’s lip-synch battle with Jimmy Fallon, Andrew Garfield took to the late-night show for a surprise performance of the Spider-Man theme song. 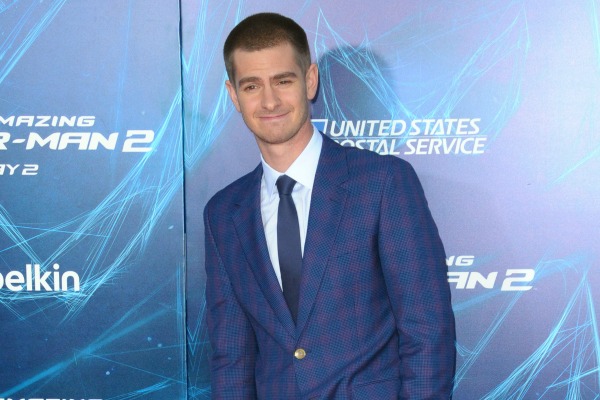 Andrew Garfield and Emma Stone have been on a continuous promotional trail to promote their new film The Amazing Spider-Man 2, and while there have been a few mid-interview surprises along the way, Garfield’s latest appearance takes the cake. Whether or not it was an intentional effort to one-up Stone’s epic lip-synch, the British heartthrob took to The Tonight Show Starring Jimmy Fallon to perform one amazing rendition of the comic book legend’s theme song.

During his interview with Fallon, Garfield spoke about how he’s learning how to play guitar, revealing that he knows how to play Cat Stevens and Neil Young songs. Coincidentally, Fallon had a guitar just lying around behind his desk and asked the actor to give viewers a little taste of his skills.

Spider-Man cast on Andrew Garfield: He’s not like Spidey at all >>

“This is important. I’m no Idina Menzel. This is the first time I’ve sung in public,” he told the cheering audience, before getting into an adorable live rendition of the Spider-Man theme song. Well into his performance, Fallon, his house band The Roots and the audience joined in on the fun, helping the actor out with additional instruments and cheering. Talk about a surprise performance.

Just last week, his girlfriend Stone appeared on Fallon’s show and stunned viewers when she engaged in a lip-synch battle with the late-night host. But this actress didn’t lip-synch just any old song. Stone absolutely nailed DJ Khaled’s “All I Do Is Win,” and we’re talking about the Ludacris verse as well.

Which Late Night performance do you prefer? Tell us in the comments below.