We’re already in love with the new CBS series Bad Teacher and we’ve got five reasons you will love it, too. 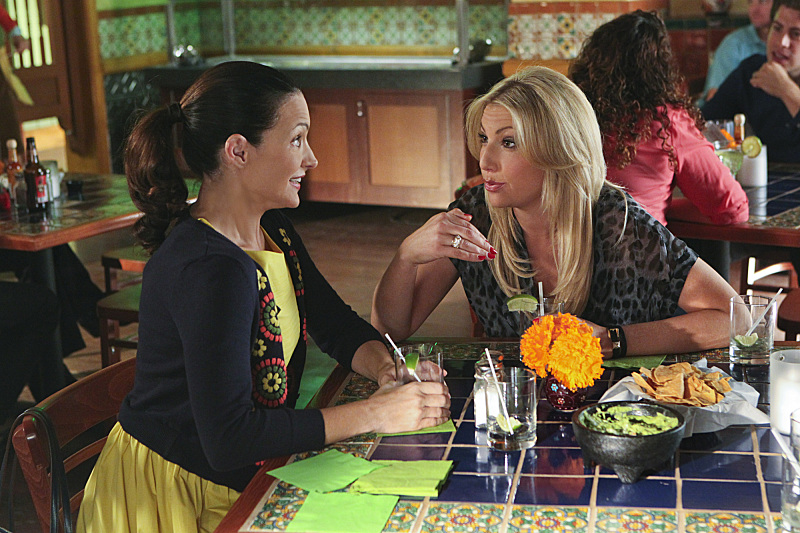 Sometimes it’s hard to tell how you’re going to feel about a show after just a pilot episode. I’ve seen OK pilots become great series and fantastic pilots become terrible ones. But after watching two episodes of Bad Teacher, I love it.

The funny thing is that I almost feel like I shouldn’t love it because the main character is a woman that, if I met her in real life, I’d immediately want to run away. But she’s also a person that you need to get to know to understand how great she is. Meredith (Ari Graynor) should be obnoxious, but instead she’s kind of admirable. If a situation doesn’t go her way, she figures out a way to make it happen.

In the first episode, her husband cheated on her and left her with nothing in the divorce settlement. So what did she do? She found a job as a teacher that let her meet rich, single dads and gave herself a goal: find a new husband. Even if you don’t admire her plan, you have to admire the way she didn’t let her previous losses bring her down.

If that’s not enough to convince you to watch this new show, here are five reasons to love it.

The hot coach is also a sweetheart

Joel (Ryan Hansen) may have hooked up with Meredith in the first episode, but he’s anything but a player. In the second episode he helped the very awkward Irene (Sara Gilbert) stay safe while internet dating and even let her think he asked her out when a blind date dumped her. Talk about adorable.

The principal is hilarious

David Alan Grier kills it on this show as Principal Carl. Sure, Carl tends to over-share a bit and can’t seem to stop talking about his roommate, but that is all part of his charm.

The kids on this show are great for so many reasons. They provide some hilarious reactions to Meredith and her antics, but they also don’t let her walk all over them. Meredith learns just as much from her students as they do from her.

Playing House review: Sisters doing it for themselves >>

Ginny (Kristin Davis) is another character that adds to the charm of the show. She’s beyond uptight and isn’t exactly what you’d call kind, but you can’t help but laugh at pretty much everything that comes out of her mouth.

At first glance, the idea of Meredith being a role model might seem far-fetched. But the truth is she’s got some admirable qualities —  even if it doesn’t always seem that way. She doesn’t back down from a fight, she always fights for the little guy, she never lets obstacles get in her way and always stays true to who she is. Those are definitely traits to strive for.

What do you think of Bad Teacher?