The first of May ushered in another first: The first ever iHeartRadio Music Awards. For three hours we watched the best and brightest performers earn love and pour their hearts out on the stage. The result? Perfection! 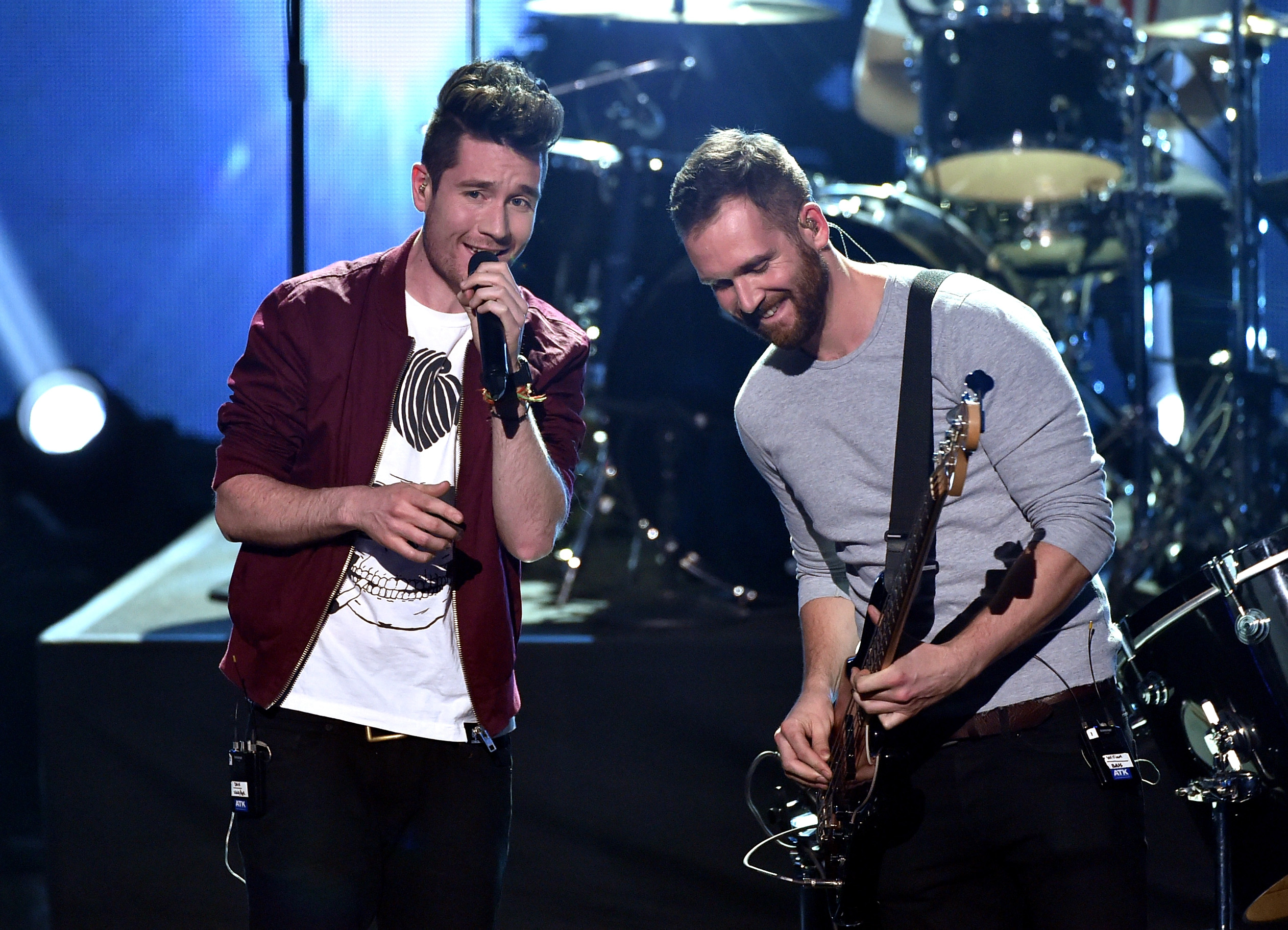 Watch out, Grammys. There’s a brand new awards show on the block and, honestly, we kind of love it. It’s hard to replace the legendary air that comes with the Grammy Awards but it definitely has a cooler, less insane vibe than the MTV Awards. Most importantly, the entire awards show was a love song to Los Angeles. How can you hate that?

Bastille! We’ll admit it: We’re biased. However, the English boys really did rattle L.A. way harder than any of the recent earthquakes. Pitbull kicked things off, but it was definitely Bastille who got the party started. The two pits in front of the stage were particularly thumping and Dan Smith seemed to eat it all up. We even caught the guys from Imagine Dragons — amazing performers in their own right — looking on slack-jawed. Well done, boys.

Yum! The heartthrobs of iHeartRadio >>

We loved the L.A. stories. It was so great to hear our favorite performers geeking out over meeting celebs, going to their first Los Angeles concerts or witnessing the skyline for the first time. If you ever needed more proof that rock stars are just regular people, listening to them gush over the best city in the world should’ve done the job.

Bonus: Jared Leto’s performance backed up by even more celebs’ and street performers’ stories about living in Los Angeles were both heart-wrenching and so sweet. Such an amazing touch.

iHeartRadio gave out awards for Best Lyrics and Best Fan Armies, which we thought were pretty cool. None of the winners would have made it on-stage without the obsessive love that only true fanatics can dish out. They totally deserved to be recognized for all the heart and soul they put into sharing their favorite performers with the world. Meanwhile, “Best Lyrics” is a completely genius idea. It takes a lot of hard work to come up with the rhymes and insights the writers come up with. We’re excited to see that given major props.

Luke Bryan and Blake Shelton had some pretty interesting expressions during Ariana Grande’s “Problems.” We wonder if they were confused by the song… or just trying to avoid dirty looks from their wives if they looked too impressed by Grande’s super short (but tasteful) dress?

Apparently, not everyone appreciated Jason Ritter’s time on-stage. We don’t get it. We think Ritter is the best! He has an amazing sense of humor, though, and took it all in stride.

There were a lot of missing faces. Ke$ha couldn’t perform with Pitbull during his on-stage yacht party. Rihanna was, apparently, stuck in traffic and unable to accept her award. (She showed up eventually lookin’ fierce.) Meanwhile, Lorde was stuck in New Zealand because she was sick. And Billy Ray Cyrus accepted the “Best Lyrics” award for Miley with the most long-winded acceptance speech ever.