On week 9 of The Face, Afiya learns that how you project yourself off-camera is often just as important as on. 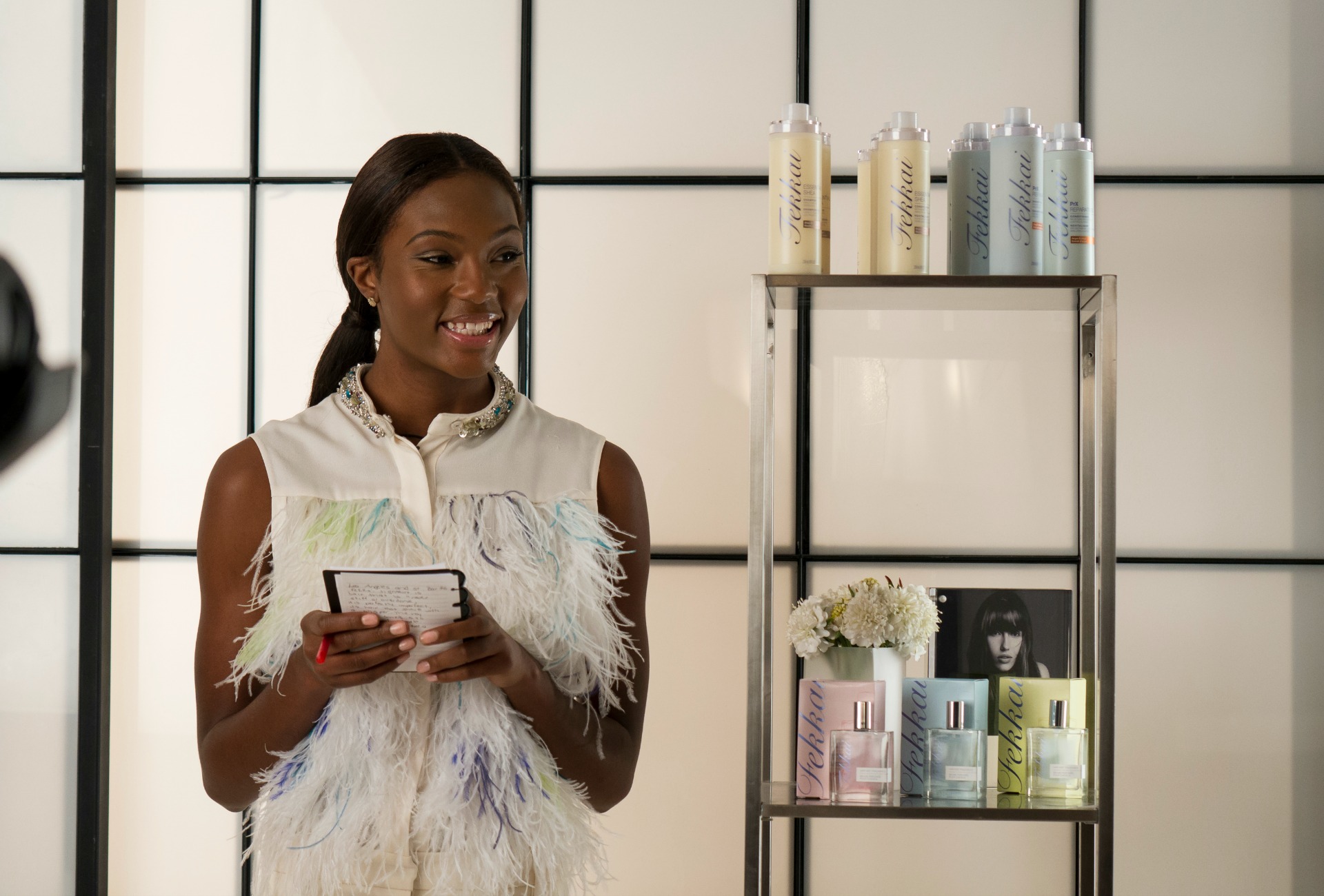 The Face‘s Afiya blogs: Steaming up the set >>

For this week’s campaign we had to write a one-minute speech about the Frederic Fekkai brand and products and present it at a press conference. This was my very first press conference and it was extremely nerve-wracking, because you are not only being judged on the way you speak but also on your brand knowledge and personality. Plus, Perez Hilton would be there to ask us questions. However, this week’s campaign also tested us on our professionalism on- and off-camera: Hidden cameras were placed on us to see how we act when we don’t know we’re being watched.

My teammate Felisa cursed about the production team and was highly disrespectful. I slept because our call time was 5am while Tiana and Ray slept and talked about food. I believe we could have all conducted ourselves much better; however now we know that we should always be preparing for the campaign on- and off-camera.

The Face‘s Afiya blogs: Gender-bending with a pro >>

Naomi was highly disappointed in Team Naomi, yet we had to put that situation aside in order for us to focus on preparing for the press conference. I think my nerves started to kick in a bit. I needed to work on projecting my voice a bit more. Prior to going on I memorized my lines. However, when I got in front of the press conference, all I could think about was not forgetting my lines to the point that I came across choppy. I forgot to relax and just be myself. I thought that being myself wasn’t good enough to impress Naomi and it turns out that I needed a balance. As I started to relax, the questions in the press conference started to become more natural to me and in the end I shone.

The Face‘s Afiya blogs: Clearing tables on the runway >>

Unfortunately my teammate Felisa struggled. She forgot her lines, talked about the wrong product and cracked in front of Frederic Fekkai. As a result when Team Anne V won the challenge, Felisa was put up for elimination against Ray. Felisa shocked everyone when she told Anne V to send her home and that she did not belong in the finale. As shocking as that was, I am extremely excited to be in the finale! Let’s go Team Naomi! I am ready to be The Face of Frederic Fekkai.

Tune in to The Face on Wednesday nights at 8/7c on Oxygen.