When you gotta go, you gotta go. That’s exactly what happened to Bob Costas when he was broadcasting live on Tuesday night. 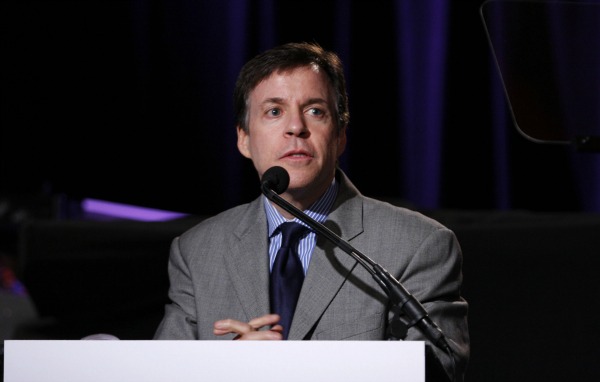 Nature was calling big time from the broadcast booth on Tuesday night. Sportscaster Bob Costas felt the urge to go while doing play-by-play in the middle of a baseball game.

The veteran broadcaster was covering the New York Yankees versus the Seattle Mariners game for the MLB network alongside co-host John Smoltz. While on the air, the 62-year-old legend asked Smoltz, “How are your play-by-play skills?”

He replied, “They’re not bad”.

That’s when Costas handed over the reins to Smoltz with, “Good. Take over for a while”, as he exited the broadcast booth to head to the bathroom mid-innings.

His replacement deftly handled the broadcast in the lead anchor’s absence.

From eye infections to concussions: Sick days at Sochi >>

This is not the only time the broadcast legend has had a replacement during a big sporting event. During the Sochi Winter Olympics, Costas was forced to take a leave of absence after he developed pink eye. Meredith Vieira and Matt Lauer pinch-hitted for him while he healed.