Sir Bob Geldof has been through hell with the tragic death of his daughter Peaches Geldof, but he still has some happiness left in his life because he’s just proposed to his girlfriend of 18 years. 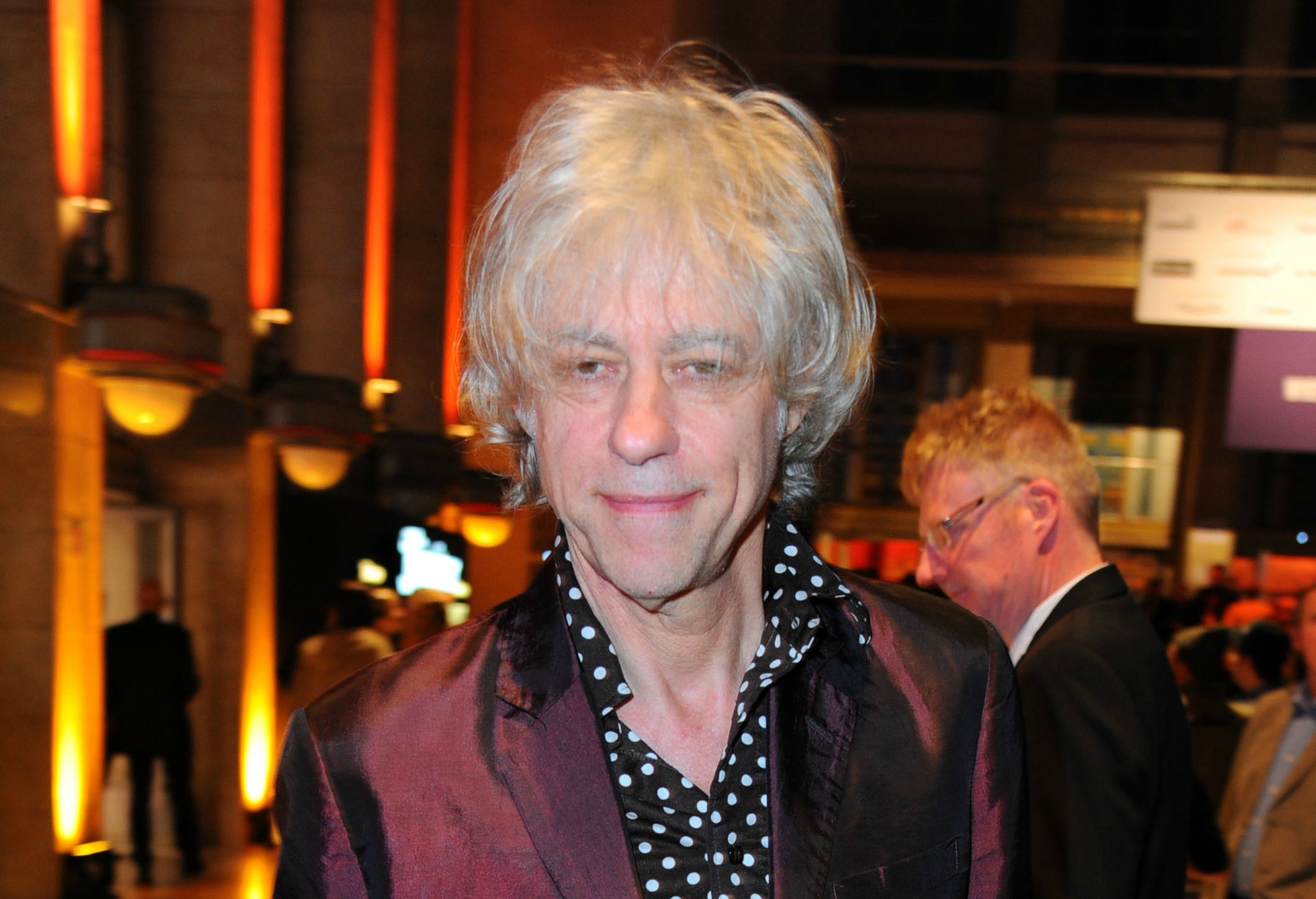 Bob Geldof is devastated by the loss of his daughter Peaches Geldof at the age of 25, but he also has decided to try and find a silver lining in his life and attempt to cheer the family up with an announcement — he’s engaged!

In the wake of Peaches’ tragic passing and news reports that suggest her death mirrored that of her mother Paula Yates, the Boomtown Rats singer has decided to try and focus on the good aspects of his life. Perhaps that is why he has finally decided to pop the question to his girlfriend of 18 years, French actress Jeanne Marine.

And his bride-to-be’s friend, Jerry Hall, decided to spill the beans.

“Bob has proposed,” Hall revealed to the Daily Mail. “She is over the moon. Jeanne Marine has been a rock and a tower of strength over this. I’m so excited for her I am bursting to tell someone.”

“Bob and Jeanne have been through hell, but they are determined something positive will come out of it. After all the sadness, we need something to focus on which will bring joy and light,” Hall said.

And while the death of his daughter will always haunt the 62-year-old hit maker, his fiancée has been supporting him throughout this trying time, and the loss of his daughter has obviously made him realize just how fragile and short life can be.

“I’ve just got back from Texas and accompanied Jeanne to the funeral. It was, of course, terribly sad, but she told me that Bob had asked her to marry him out of the blue,” Hall told the publication. “I’m so happy for her. It makes you realize we all have to value what we have.”

And the happy couple certainly appear to value each other. According to the Daily Mail, Marine previously gushed about her man saying, “I liked his elegance and his Irishness. Bob is exactly the kind of man I’ve always been waiting for. He’s compassionate, charming, intelligent and, on top of that, good-looking. He’s the most handsome man in the world and I adore him.”

And the former wife of Mick Jagger was not the only one to share the sentiment. “Jeanne insisted on finding something lovable in this most unlovable of men. This creature at his most ugly, physically and spiritually. I was detestable,” Bob confessed.

Congratulations to the happy couple on their long-awaited engagement.