The first lady wants to make sure the next generation of young women is prepared to achieve their dreams. See the video she made with Seventeen. 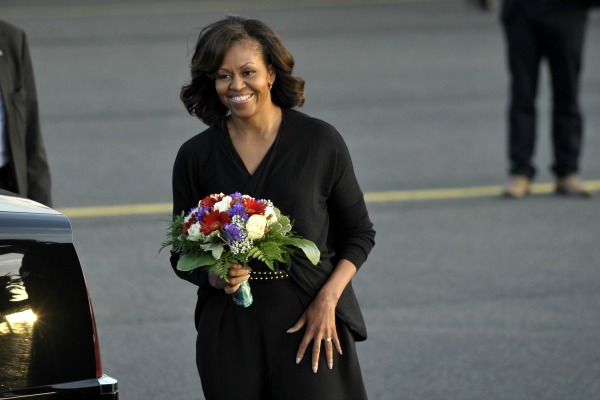 First lady Michelle Obama has always been an inspiring public figure. She’s now doing her best to be a mentor to the next generation.

FLOTUS has teamed up with Seventeen magazine for their new “Girl Power” campaign. The purpose of the movement is to let young women’s voices be heard on the way to achieving their dreams.

Michelle Obama on Parks and Rec: Most televised FLOTUS >>

The first lady filmed a video that sends a powerful message to teens about making their dreams a reality.

She said, “I believe that girl power is about being the very best version of who you are. And that means showing up for class, paying attention — it means really challenging yourself.”

Mrs. Obama also imparts the same advice to her daughters, Sasha and Malia. It’s important to her that they grow up to be strong women.

She continued, “As I always tell my daughters, a good education is something no one can take away from you. You always get to keep what you know.”

The clip encourages teens to make their own videos and upload them to YouTube about what girl power means to them. The official hashtag for the movement is #17girlpower.

There are several famous faces also joining the first lady for this campaign. Readers will recognize Lea Michele, Zooey Deschanel, Selena Gomez and Olympian Gabby Douglas as a part of Seventeen‘s event.