Skye is forced to make a tough decision, Agent Hill returns just in time, May digs deeper into T.A.H.I.T.I. and Coulson discovers the most shocking secret of all in “Nothing Personal.” 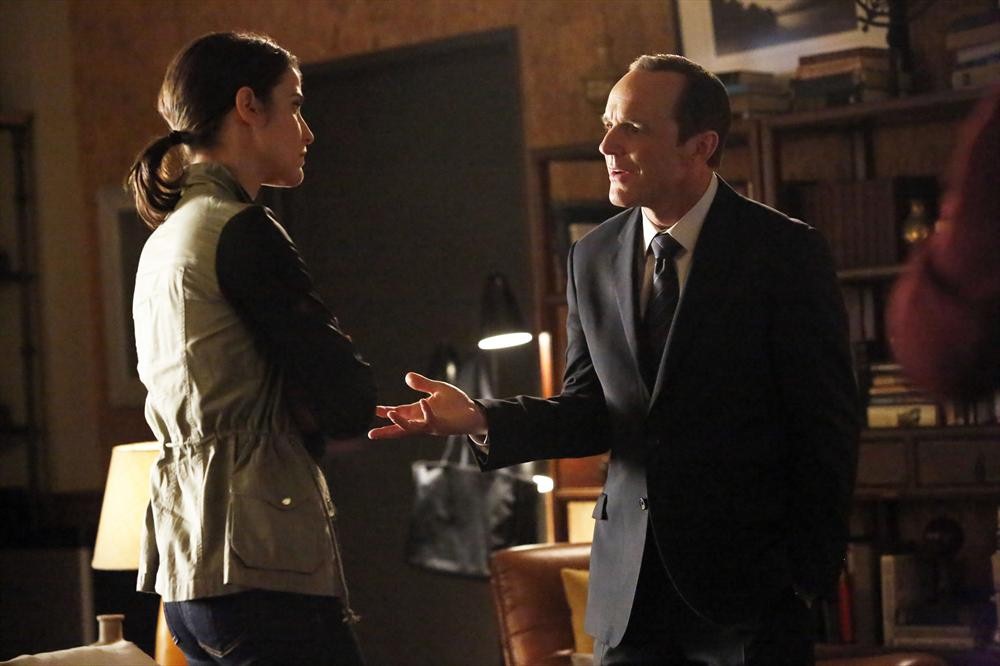 If there’s one thing we learned from this episode of Agents of S.H.I.E.L.D. it’s that the hardest person to keep a secret from is yourself.

Skye once again made me proud by taking a situation that would have sent me insane and made the absolute best out of it that she could. She not only kept Ward completely clueless to her knowledge of his betrayal, but she also found a way to send a message to her teammates about who he really was. When they were in that diner, I loved how she was able to get out her own feelings and rattle his cage a bit by using Garrett as a ploy.

As for Ward, he’s still a nut I haven’t been able to crack and, strangely enough, I’m beginning to enjoy that about him. I knew he probably had real feelings for Skye, but I didn’t expect him to tell her that once all the truth was out. What exactly did he expect her to do with that information, join Hydra? Instead I have to wonder if maybe, just maybe, he wanted her to know the control she had over him so that she could use it to break him. When his life was in danger, Skye realized how real her own feelings were for him. It was a fantastic moment, as was the moment when Hill said Ward didn’t owe Garrett anything and he told her she was wrong. What hold does Garrett have over Ward and is there a chance Skye can break it? We’ll have to wait and see.

While both Ward and Skye were discovering they could no longer lie to themselves about how they felt about each other, Coulson got a true education on what it was like to fool oneself. As I said in my review of the last episode, it was too bad that Coulson figured out he’d been too harsh on May after she had already left the ship. But luckily she returned to him and had the one thing he really needed: Information on T.A.H.I.T.I. Their happy reunion was short-lived though, because once she popped in that flash drive, he understood that the only person he should be blaming for the project was himself. Once I picked my jaw up off the floor, I had to admire how calmly he took the news.

Hill listing off all the surveillance people following her.

Poor Fitz refusing to believe that Ward was Hydra. He sounded like me. His temper tantrum wasn’t too far off from mine, either.

Coulson promising that he was going to have a major freak out later.

The hangar door deactivating as soon as Coulson said it would take major firepower to take it down.

Coulson: “If I come out, will you shoot me? ‘Cause then I won’t come out.”

Skye learning the hard way that when Coulson said “buckle up,” he meant it.

The looks on Skye’s and Coulson’s faces when they landed.

Fitz admitting he didn’t know what he would do if Simmons were Hydra. The hand on the knee was so sweet.

Coulson’s weak little “huh” when he saw he was the one who appeared in the report.

What did you think of this episode of Agents of S.H.I.E.L.D.? Were you shocked by what Coulson saw in the report May found?