Emma Stone joined Jimmy Fallon for one of his epic lip-synch battles and she trampled all over the host with a super-fast and hilarious Ludacris rap performance. 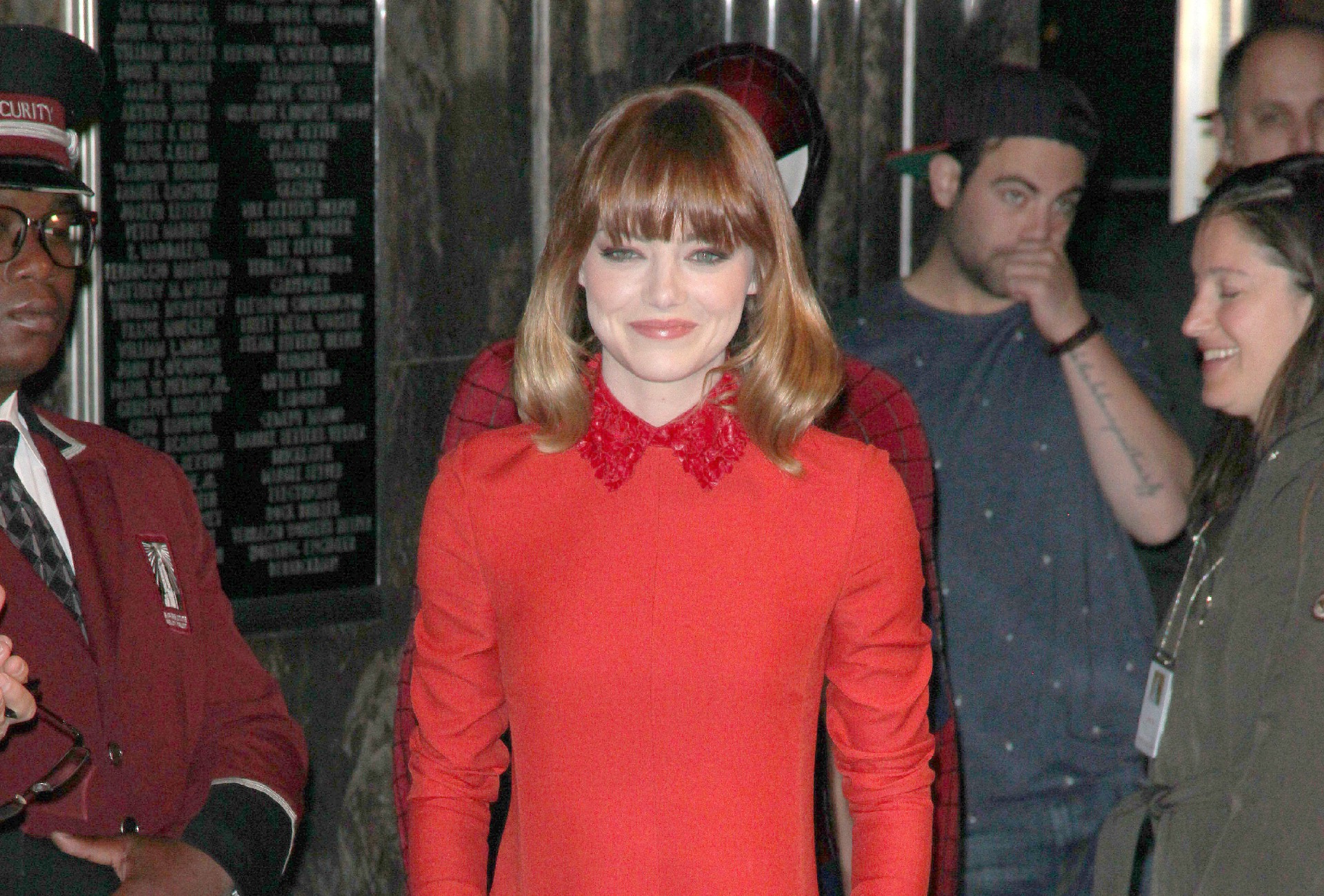 Going up against Jimmy Fallon for one of his long-standing lip-synch battles, Emma Stone trumped the host with an epic Ludacris rap rendition.

Stopping by The Tonight Show Monday night, Stone was challenged to Fallon’s signature lip-synch battle and she blew him and the audience away. The funny actress went all out for a performance of “All I Do Is Win” from DJ Khaled featuring rapper Ludacris.

As she kept up with the fast rap, complete with facial expressions and hand movements, Stone left Fallon dumfounded as he looked on at his opponent. “That was the best it’s ever been done!” Fallon said as he bowed to The Amazing Spider-Man 2 star. “The clear, clear winner!”

Before rapping to Ludacris, Stone “sang” an amazing interpretation of “Hook” by Blues Traveler, which she also nailed to perfection, synching the song’s fast verse with intact timing.

Fallon was no disappointment either. Ever the lip-synch pro, he launched into a true-to-form “Mr. Roboto” by Styx, complete with robot moves and adorable dance hops. Before that, the recently minted Tonight Show host presented Iggy Azalea’s “Fancy,” which he also enthusiastically carried out like only he knows how.

As Stone stood on the sidelines, she sported a huge grin while watching her opponent belt out his hysterical fake singing.

Fallon’s reaction to the actress’ first go at lip-synching was priceless. He looked on astonished and even knelt down on the floor in amazement over his worthy competition.

“I can’t even talk to you right now… I forgot all about that song,” Fallon said as he took the stage for his second number. “I really have to pick up my game!”

You can watch the full lip-synch battle between Emma Stone and Jimmy Fallon in the video below.