Long-married couple Paul Simon and Edie Brickell landed themselves in court for disorderly conduct after a scuffle in their Connecticut home. In 1988, Edie Brickell’s smash “What I Am” told us she “wasn’t aware of too many things.” Here are a few other things she must not be aware of.
(Note: This commentary in no way is meant to make light of domestic violence. By all accounts, Brickell and Simon had a minor altercation, and both appear to be safe and do not feel threatened or intimidated by the other.) 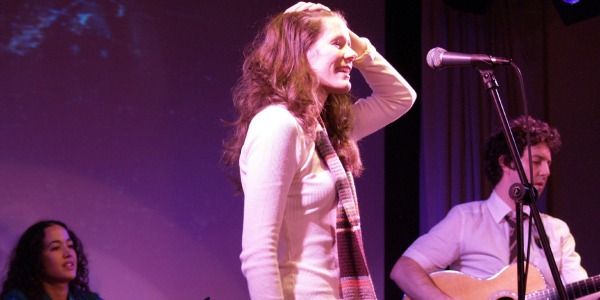 If you pick a fight…

…and then “sort of lock the door,” you’re asking for trouble. And just because your husband is considerably smaller than you (Brickell laughingly told the court that Simon “is no threat to me at all”) doesn’t mean he’s not going to push back if you push first. Simon’s lawyer, Allan Cramer, said the scuffle was a “minor situation.” Cramer explained, “It was a normal husband-and-wife discussion. Paul didn’t want to discuss it and she did. He tried to leave and she kind of locked the door.”

Now we know the “someone” who dialed 911 and hung up was Brickell’s visiting mother. If you’re famous and going to lock horns with your spouse, you might want to make sure meddling mothers-in-law aren’t around. The fact that Brickell’s mother dialed 911 does get our speculative juices flowing, however. She’s been around this couple for 25 years. What was it about their “minor situation” that made Brickell’s mother think someone was in danger or someone would be hurt? Or does she just dislike her son-in-law that much?

Your picture will be taken in court

Simon’s lawyer, Cramer, also tried to protect his client in court by asking that pictures not be taken during the proceedings. The judge reminded Cramer that everyone in his court is treated equally, regardless of celebrity status and snapped back, “Everyone gets the same treatment, whether you’re just getting off the street or a media star.”

Long-term marriages are no guarantee

Just because you’ve been married 25 years, the Simon/Brickells demonstrate that no marriage is immune from arguments that are passionate enough to end in a playground shoving match. The couple claim to have only argued three to four times during their marriage. Maybe they should let off steam a little more often so when they do argue it doesn’t get so heated that it ends up becoming embarrassing tabloid fodder.