It’s the hottest movie of the year and everyone wants to join the Broadway version of Frozen. However, Disney isn’t ready yet. 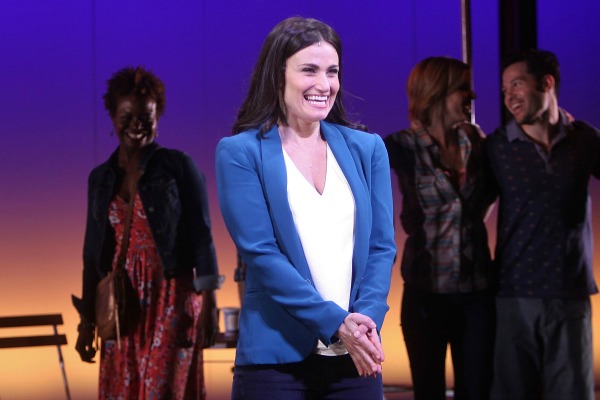 Frozen is the most successful animated film of all time and now the stars of the movie are lining up to star in the Broadway adaptation. Add Idina Menzel to that growing list.

Kristen Bell, who voiced Princess Anna in the Disney film, already admitted that she’s dying to reprise her role.

She recently told Inquirer.net, “Yes, without question. There are a lot of variables involved. I plan on jumping those hurdles and figuring it all out, should I be invited to be a part of the cast.”

Now, Menzel, who played Elsa and sang the Academy Award-winning song, “Let It Go,” is ready to join the cast as well.

She enthusiastically told Cosmopolitan.com at Variety‘s Power of Women luncheon, “Yes! Sure! Absolutely!”

The current star of If/Then on Broadway expressed her gratitude for working on the film, “It was such a dream of mine to be in the Disney family and become an animated queen.”

Disney has fast-tracked the musical for a Broadway run, but Walt Disney CEO and chairman, Bob Iger, does have one major stipulation. He told Fortune magazine in January, “We’re not demanding speed. We’re demanding excellence.”

One person who isn’t so impressed with her role is Menzel’s 4-year-old son with her ex-husband, Taye Diggs.

She shared, “We’re supposed to go to a Frozen event, and I thought he would want to dress up as something from the movie. And I asked him, ‘Who?’ He said he wanted to dress up like the Michael Jackson zombie from ‘Thriller.'”