George Clooney is engaged? What? The guy who preferred the company of pot-bellied pigs is getting married? Did we wake up in some parallel universe where up is down and lifetime bachelors settle down? Or is George Clooney playing some weird game of one-upmanship? 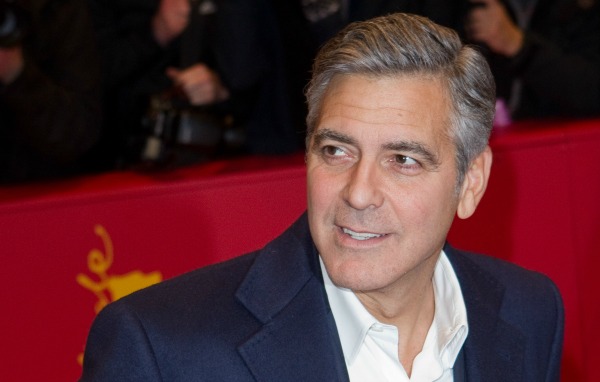 All the girls and pigs I’ve loved before

Since the mid-’80s, George Clooney has been linked to 14 women, one of whom he married. The overwhelming majority of these relationships started on commercial, television and movie sets and lasted an average of two to three years. The impressive roster includes names like Kelly Preston, Celine Balitran, Lucy Liu, Renée Zellweger and Stacy Keibler (more on her in a bit).

All these beautiful and accomplished women were worth dating for two to three years in Clooney’s estimation, but he seemed disinterested in anything more than red carpet arm candy. In fact, Clooney’s longest relationship was with his pot-bellied pig, Max, who lived in Clooney’s Hollywood home for 18 years. And we’re supposed to believe that this eternal playboy got engaged to Amal Alamuddin, his girlfriend of six months? Hmmm.

Ordinarily, we would be cheering and throwing congratulations at anyone who gets engaged, but we’re just having a difficult time digesting this bit of news — considering how in-your-face Clooney has been about not getting married. As recently as January 2014, Clooney told Esquire, “I was married in 1989. I wasn’t very good at it. I was quoted as saying I’ll never get married again pretty much right after I got divorced and then I’ve never talked about it since.” Um, we don’t have a calendar right in front of us, but would January be a few months into his relationship with Alamuddin?

There’s a touch of black humor in any jilted girlfriend of a high-profile celebrity wasting precious little time getting on with her life. Yes, we’re talking about Keibler. Did she curl up in the fetal position and lock herself away after People‘s 2006 Sexiest Man Alive dumped her? Not exactly. She started dating friend and technology businessman Jared Pobre not too long after her July 2013 split with Clooney. She married Pobre in March 2014 and announced she was pregnant a couple weeks later. Huh. Imagine that. There is life after Clooney.

George Clooney gets in drunken tiff with Vegas bigwig >>

Who’s to say what will happen with Keibler’s marriage in the future, and we’re (mostly) sure Clooney’s engagement is legit. Alamuddin is gorgeous — she’s also a successful attorney, humanitarian and activist, and Clooney isn’t getting any younger. We would be lying if we said we didn’t find the timeline for this announcement a bit suspect. Not only that, but how is Clooney going to marry Sandra Bullock if he’s engaged to Alamuddin?