Jennifer Lawrence and her boyfriend Nicholas Hoult were seen strolling in London as they showed their romance to the world. 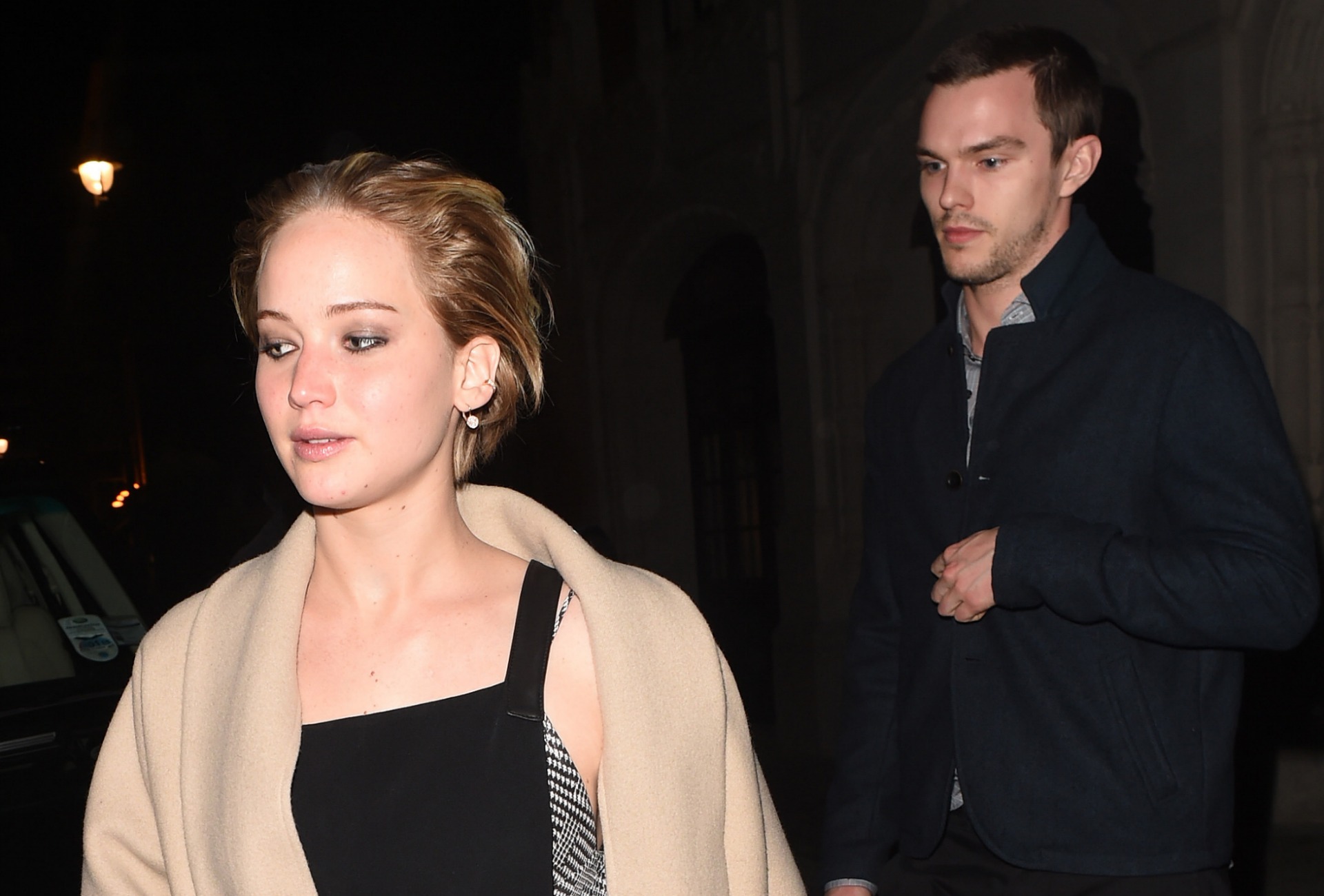 Holding hands, Jennifer Lawrence and Nicholas Hoult took a romantic walk in London on Thursday, parading their cute romance for all smitten fans to see.

The cozy pair is taking a break from their busy acting schedules and had lunch at a sidewalk café before their romantic stroll, People reported. Bundled up for the cold weather, Lawrence wore a chic black leather jacket and jeans paired with a wine-colored fedora. Hoult was similarly dressed in a ski-styled black jacket.

The Hunger Games star sported a large turquoise ring on her left hand, but her rep assured the media that it isn’t an engagement ring.

The handsome duo had dinner later that night with newlywed fashion icon Tom Ford at the Chilton Firehouse restaurant. Lawrence was dressed for the occasion wearing a black jumpsuit with a camel coat and her hair in a slicked-back style.

While they were busy working on X-Men: Days of Future Past for much of last year, Hoult admitted that working with his girlfriend on set was a definite plus. “It’s fun because in this business you are away from one another for long periods of time,” Hoult said.

“So when you’re on set together it’s a brilliant thing because you actually get to spend time together,” the 24-year-old actor added.

Lawrence and Hoult are known for being very low-key about their romance, but the Warm Bodies star admits his girlfriend’s current life in the spotlight is unavoidable. However, he feels she’s handling it nicely and still remains the same girl.

“Enjoy the good times, but don’t get swept away with it. And I think that’s something [Lawrence] is capable of doing and that’s what makes her special,” Hoult told V Man’s magazine recently. “It is well-deserved for her. I haven’t really seen any change in her.”