She’s feeling better. Miley Cyrus is finally released from the hospital after suffering an allergic reaction to her flu medication. 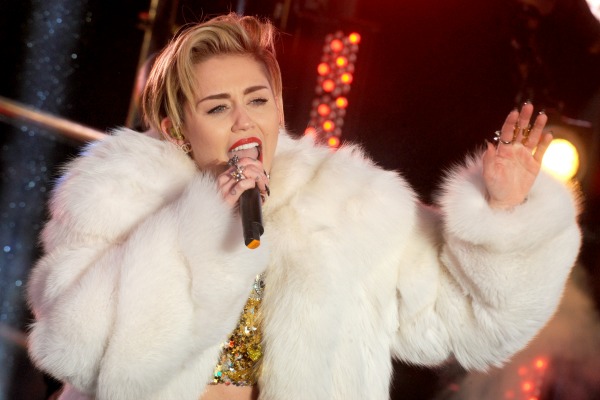 What a long road it has been for Miley Cyrus over the last few weeks. The pop singer is finally out of the hospital and headed home. The 21-year-old star had been hospitalized for an “absolutely horrible reaction” to her medication to treat the flu.

According to E! News, a source shared a bit about her current condition. They said, “She is feeling much better and [the] Europe [tour] is still on.”

Cyrus was originally staying in a Kansas City, Missouri, hospital, but she left earlier this week. She relocated to an undisclosed hospital somewhere in the States. The “Wrecking Ball” singer began her hospital stay on April 15.

The former Disney Channel star will have a brief amount of time to rest up before she goes overseas. The European portion of her Bangerz tour begins in Amsterdam on May 2 with an additional 18 concert dates to follow. Her six canceled U.S. dates are rescheduled for August.

How did these celebrity potheads celebrate 4/20? >>

While fans will be excited that Cyrus will be back onstage and doing what she does best, some will miss the crazy Instagram photos she was posting. Clearly, the pop star was bored and looking for something to do when she shared, “This hospitals full of a bunch of QUACKS (get it??? Quacks),” while wearing an oxygen mask with a duck face on it.