Avril Lavigne took to Twitter to laugh off racist accusations, which began after the release of her “Hello Kitty” music video. 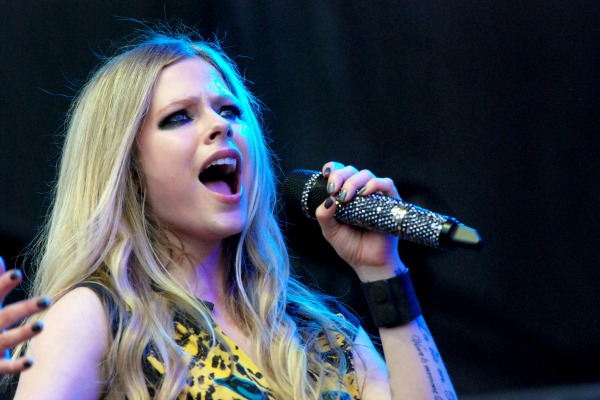 Avril Lavigne caused a ton of buzz earlier this week when her new video, “Hello Kitty,” hit the internet, but she didn’t exactly nab the right kind of attention. While many outlets criticized the singer for even creating a video for one of the weaker tracks off her self-titled studio album, others actually perceived Lavigne as a racist for ridiculing her Japanese fan base in the video, which features a group of expressionless Asian backup dancers.

Shortly after the buzz, Lavigne took to Twitter to respond to the accusations with a chuckle. Not only did the singer confess that the claims are laughable, she says that she specifically flew to Tokyo to work with Japanese collaborators on the clip, which has garnered over 418,000 views on YouTube.

In Lavigne’s defense, “Hello Kitty” is actually a Japan-only release and was probably meant as one of the last efforts to push Avril Lavigne, which has already released three singles, including her girl-on-girl clip, “Rock N Roll.” With that said, it’s fair to assume that if a Japanese pop act created the exact same video, there wouldn’t be such a media frenzy. Even though she still holds household-name status, Lavigne’s sales have drastically decreased in the U.S., and yet, her latest album has reportedly sold more in Japan than America. Do you see where I’m going here?

Lavigne has more important things to invest in anyway. Just next week, the singer is set to take amiphitheaters across the U.S. by storm as the opening act for the Backstreet Boys.