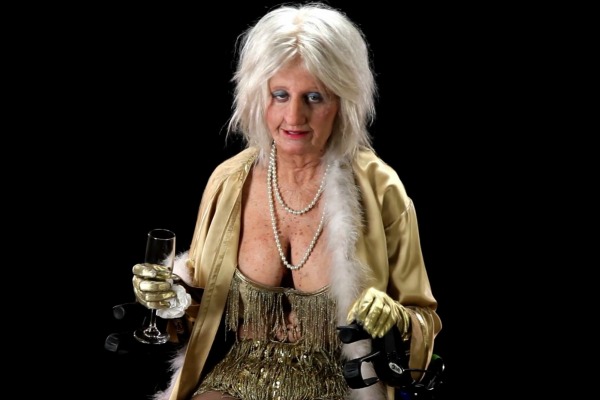 Katy Perry has taken on a ton of roles for her music videos. We’ve seen her as sweet candy-land queen, a space invader and a jungle explorer, but the singer takes her characters to a whole new level for her new music video for “Birthday,” which dropped on Thursday afternoon, April 24.

In the beginning of the eight-minute clip, viewers are greeted with a disclaimer that reads: “In April 2014, Katy Perry attended five birthday parties… only no one knew it was her.” No one can really detract the note when the pop star is seen dressed up as a string of different loony characters. Whether she’s showing off some skin as an old female dancer named Goldie or dressed in drag as a bar mitzvah emcee named Yoself Shulem, the hit maker really does live up to the disclaimer.

So what’s a pop star to do when she’s gone undercover as the world’s worst birthday party entertainers for a music video? She causes havoc, and a lot of it. As Kriss the clown, she’s almost run over by a truck on the street. As face-painter Princess Mandee, she throws a mess of paint onto children’s faces. And don’t even get us started on Perry as the animal trainer Ace, who actually fails to keep his animals contained. It’s pure foolish fun.

What do you think of Katy Perry’s new video?