Taylor Swift is becoming a girl! The country cutie will appear on the upcoming season of Girls. We have a few ideas about how she could be awesomely introduced. 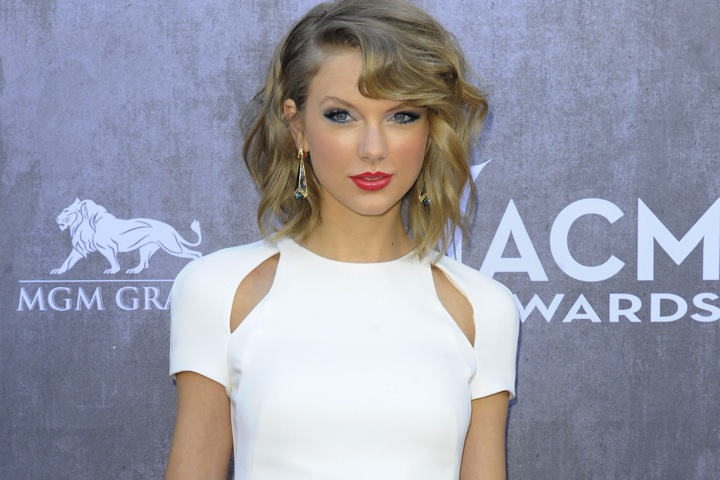 It has been confirmed that Taylor Swift will appear on HBO’s hit show Girls for Season 4 alongside stars Allison Williams and Lena Dunham. According to The Mirror, Dunham, who is friends with Swift, convinced the singer to make an appearance after trying for a while.

If you remember the end of Season 3, Hannah (Lena Dunham) and Adam essentially broke up, which spurred Hannah to pursue writing grad school in Iowa. You know Swift and Dunham will have to be in some scenes together, which mean Swift’s character will most likely appear at school. We can think of more than a few ways her introduction into the show could be oh-so fun.

Why Ed Sheeran may be the perfect guy for Taylor Swift >>

We could totally see Hannah starting at her new school running into Taylor Swift as a prudish, feminist type who completely puts Hannah in her place. We love Hannah, but she can be self-indulgent. Swift could swoop in with some valuable lessons for our girl Hannah now that she’s single. There could be some great comedy in there, like: If you’re truly going to make it as a feminist, you should be the one sleeping with all the guys.

As a graduate student, Hannah and her roomie probably wouldn’t live in the dorms, but we could see all sorts of fun moments that could come about from a Craigslist ad gone wrong. Still, it’s probably just wishful thinking that Swift will take on this role since it would require more screen time than the starlet could most likely provide for the cameo. Although, The Mirror did also report Dunham is trying to get Swift to stick around the show for a longer character arc. We can keep our fingers crossed.

Why Taylor Swift will always wear her heart on her sleeve >>

Why Taylor Swift would find herself in Iowa is beyond us, but the interaction of her real life self in the show could be really fun. Perhaps she’s playing a concert on campus and Dunham happens to run into her. Swift, in the show, could be a closet feminist, and she and Hannah could share a bonding moment over their mutual beliefs.