Are you ready for the season finale of the penultimate season of Parks and Recreation? A lot is hanging in the balance, but Amy Poehler promises that answers are on the way. 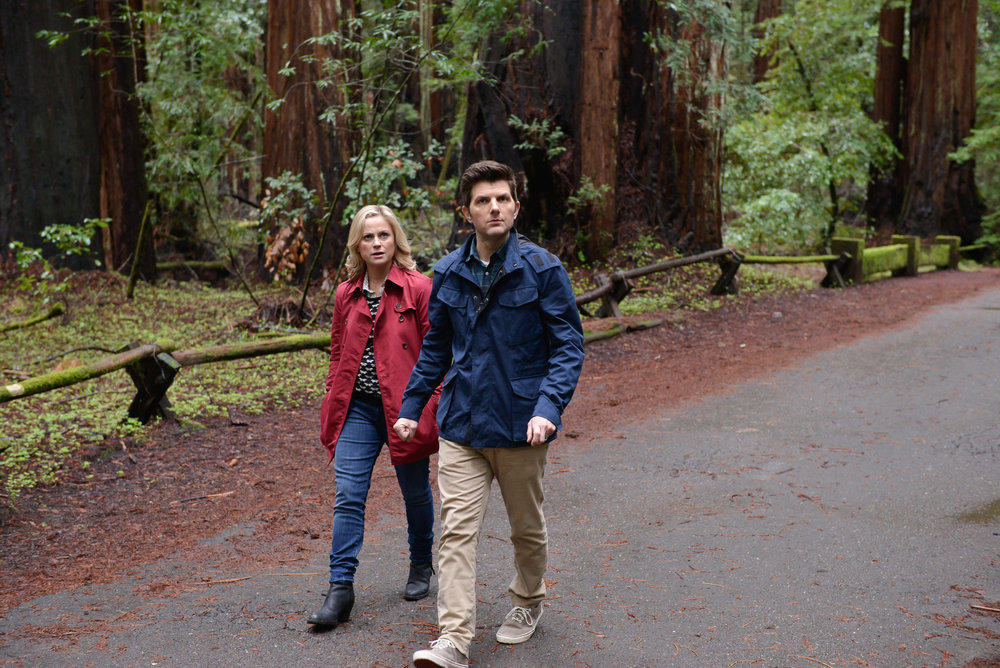 Parks and Recreation‘s Leslie Knope has spent the better part of this season hanging in the balance and fretting over a big job decision. Once again, we find ourselves at a natural crossroads in the show. However, when asked about possible surprises for the season finale, Amy Poehler promised that fans would get some answers in the final moments of the show.

“Speaking of surprises, I just want to underline that the last minute or so of our season finale, the last moments are really important, and big things happen that kind of show you where we’re going and where a lot of the characters are going,” Poehler shared. “I would encourage everybody to make sure that they watch until the very end.”

Later, Poehler hinted at the possible natural progression we could see take shape in those finale scenes.

“What’s exciting about working on Parks always is that we keep moving things forward and never kind of sitting still as far as what happens to people,” she hinted, adding, “People leave, they get new jobs, they get married, they break up. So, I think it’s another example of big change happening for a lot of people, and I think fans of ours will be really excited coming into Season 7 about what this season’s finale will mean.”

One massive question hanging in the balance is whether Leslie will take the new and better job. She doesn’t want to leave Pawnee. However, now that she has triplets on the way, that might just be what’s in store. Our shocking prediction: She’ll take the new job and then hire all of her current office staff to come with her at her new position. The final season of Parks and Recreation will take place in a whole new environment but with our same core cast of favorites. Would you still watch? We would!

Showrunner Mike Schur even helped substantiate our prediction, saying, “You know, that’s a lot of what they’re dealing with throughout the finale. In the finale, Leslie will make a decision about whether or not to take this big job that she’s been offered, and there’s some other stuff that happens involving Ben that sort of hints at a change in his life or at least a nominal change.”

Another theory: Maybe she’ll recommend her hubby for the job?

To find out how it all goes down, tune in to the Parks and Recreation season finale tonight.