Is Leslie Knope ready for triplets? Amy Poehler and Mike Schur think she absolutely is. 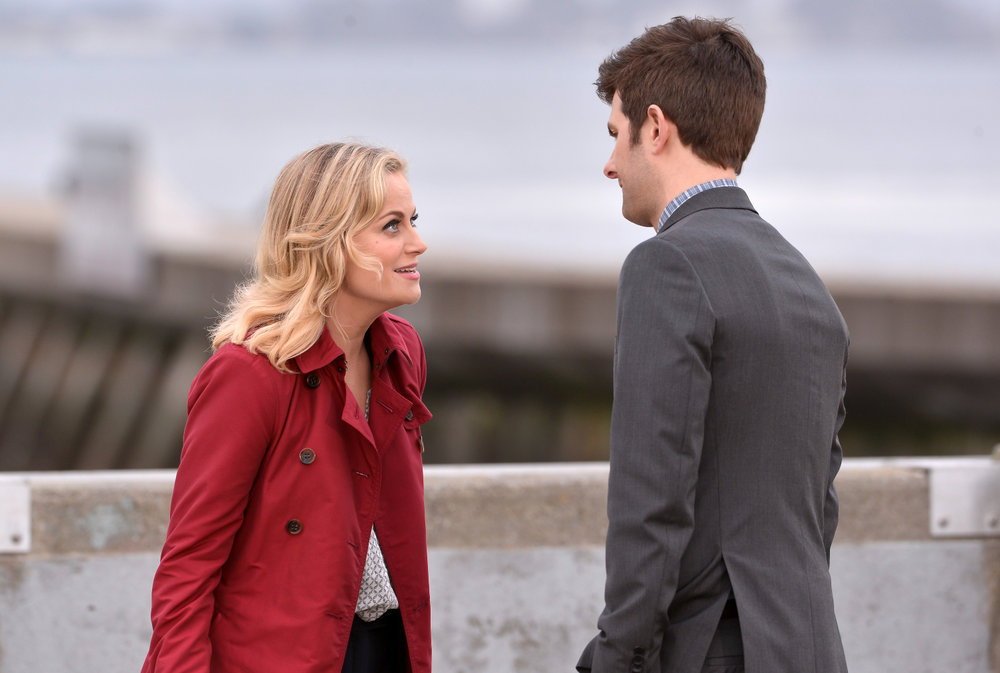 Last week on Parks and Recreation, Leslie Knope was saddled with a brand new challenge. She went from expecting a baby to expecting triplets! While most people (including her husband) would flip out, for Leslie it’s just another one of life’s little (albeit adorable) challenges. What do Amy Poehler and showrunner Mike Schur think of the plot twist? They shared their thoughts during a recent press call.

Set your DVRs accordingly: The last scenes from tonight’s finale are paramount >>

“I think Leslie’s history is that she’s never met a project she couldn’t tackle and also succeed at,” Schur said. “Motherhood was sort of the last great frontier that we had left unexplored in her life, and to us it’s purely exciting to think about her. You know, she likes to juggle a lot of balls in the air at the same time, and this is just another one that she’s lobbing in there, and I think that there’s, you know, there’s nothing to indicate that she won’t be a great mom in addition to, you know, sustaining her career.”

Poehler quickly pointed out that to a certain extent, though, Leslie has always been a mother. Up until now, she just had Pawnee as her baby and her co-workers as her crazy children.

“I was going to say about Leslie for a second, too, even though this is the first time she’s been pregnant, and she’s going to have children, she’s actually been a working mother for a while even before she was married and because Pawnee is her kid, so she’s been like always torn between her town and doing what’s right for it, making sure she gives it enough time and herself and her career,” Poehler said. Then she teased, “I think she’s always been a pretty maternal and paternal force at the same time on the show, so it’ll be fun to see which baby wins. Baby fight.”

How will taking on that new role change Leslie? While she certainly has been acting like a mom for the past seven seasons, adding in three crying, hungry things that refuse to sleep will definitely be a game-changer.

“It’ll be interesting to see how it changes her and challenges her in the next season,” Poehler said. “Then also how it’s just like many working women, it’s like, you know, how you use your combination of help, friends and gusto to kind of get through every day.”

Are you ready for three new Knopes? We are, too! We can’t wait for the arrival of the triplets next season… or even just to see how everything plays out in tonight’s Parks and Recreation finale.

Want more TV news and reviews? Sign up for the newsletter >>